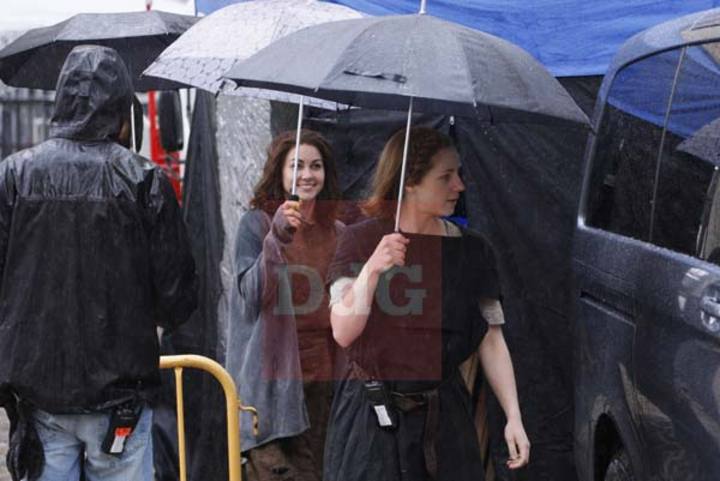 DiariDeGirona has new information about the rumored scene on the steps of the beautiful, baroque Girona Cathedral. As previously reported, a season 6 scene involving a horse walking up and down the steps of the cathedral is in the works.

DiariDeGirona reports today that the stairs will have a key role to play in a major season 6 scene. They also note that the cathedral is one of the first places David Benioff and D.B. Weiss went to see when they arrived in Girona on Thursday.

The newspaper reveals that the scene will contain the horse ridden by one of the show’s major characters, with them riding triumphantly between citizens and soldiers at the cathedral.

The steps are booked from September 11th through the 16th.

DiariDeiGirona also has more photos to share with us in their gallery. In addition to more photos of the theatrical stage and set in the works, there are a few more photos from yesterday’s filming, of Faye Marsay (The Waif) walking with another woman in costume. The other actress is unidentified at this time. It’s not known if she’s a double, an extra or has more of a role in season 6. 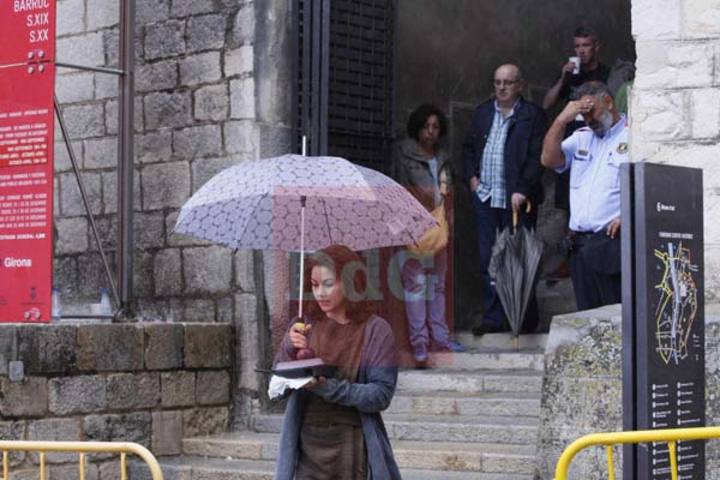 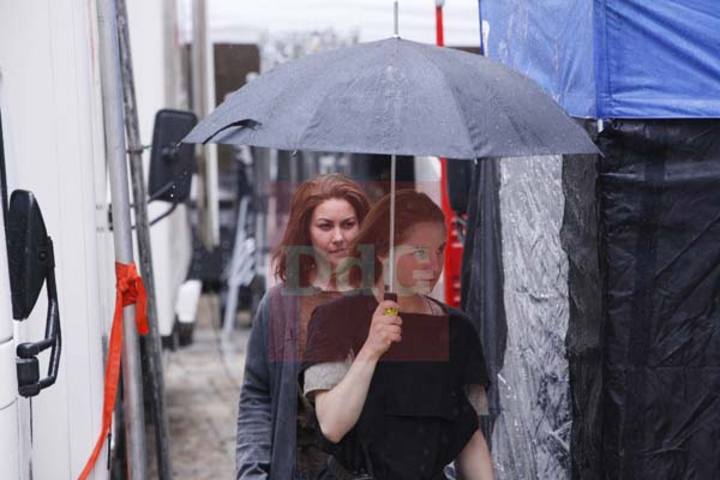 Here’s a brief video a fan shot and uploaded today. Game of Thrones filmed a scene (for Braavos, judging by the clothes) on another set of stairs, these at a building on Pujada de Sant Marti. Around 45 seconds into the video, you can see someone jumping into sight.

That’s the stunt we saw being rehearsed two days ago, in this post. Thanks, Dark Sister, for pointing that out!

And Maisie Williams shared this message for her enthusiastic fans in Spain:

Thankyou to all the fans who waited outside the cathedral where we were shooting today and yesterday! You guys are the best. #girona X

We can be sure next week will be very busy with several locations set for filming, including inside the Banys Arabs.

Yesterday, Los Siete Reinos’ sources in Girona found information indicating there will be at least one Tarly-related scene filmed in the city. Perhaps that’s why the casting of Freddie Stroma as Dickon was announced? Should we hope for more Tarly announcements, like Randyll, in the very near future? Fingers crossed!