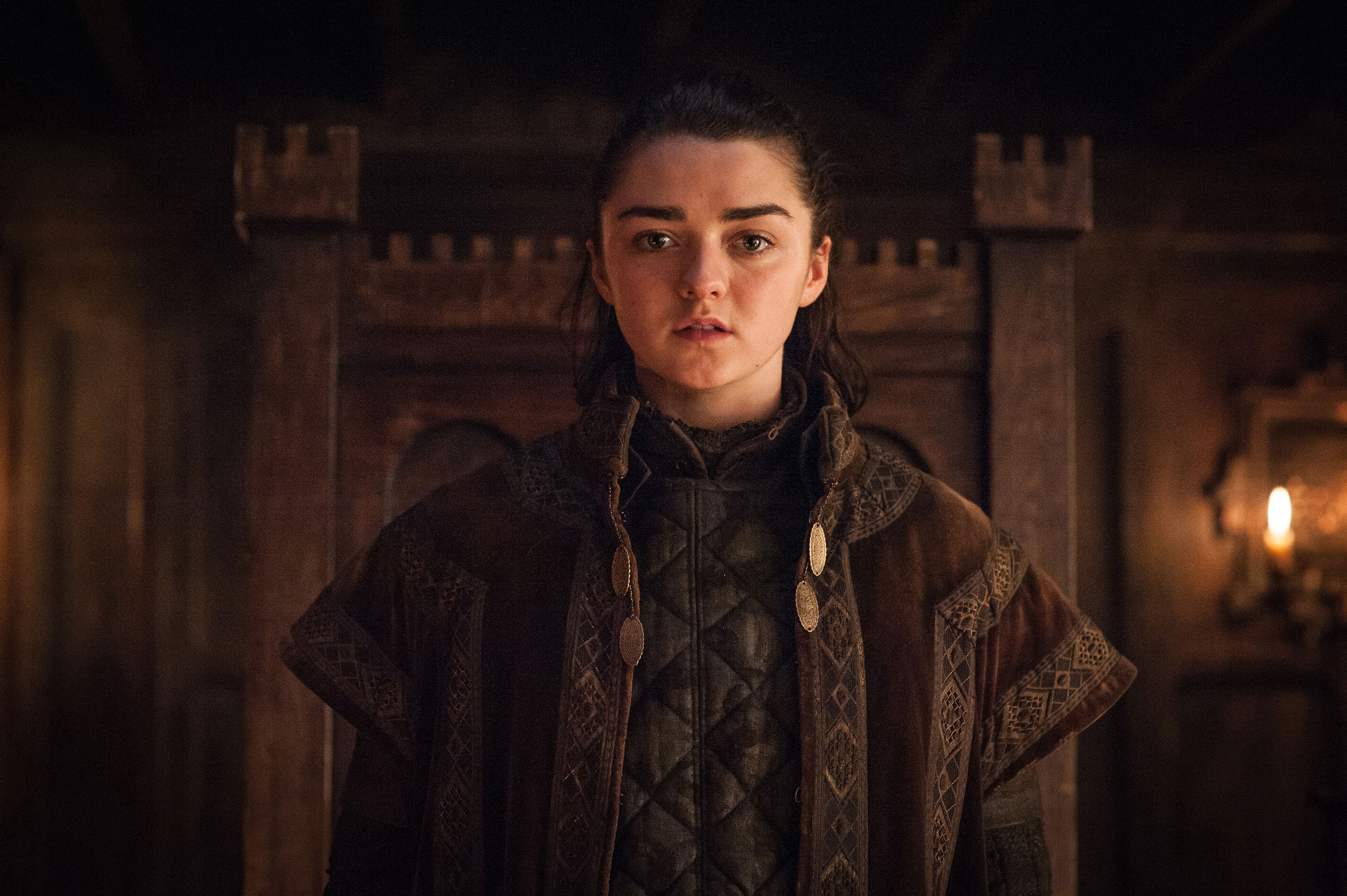 In news you already knew, but just love to be teased with anyway, Maisie Williams (Arya Stark) appeared on Jimmy Kimmel the other night, and giggled her way through her interview, because she can’t tell us anything she knows about Game of Thrones season 8. However! The details were there, if only one chooses to look between the lines! While Maisie was there to promote her new film, Early Man, Jimmy, a known GoT fan, wouldn’t let her slide without pressing her on just a few nagging questions…

“Shouldn’t you be plotting to kill Cersei Lannister right now?” quipped eager fanboy, Jimmy. In response, Maisie went on to talk about how much shooting she still has left to do. We reported filming to have begun on October 23rd, so, presumably being a devoted WOTW fan, Jimmy asked Maisie the tough follow-up question of “Then we know, based on that, that you’re in a lot of the episodes.” But, ever quick on her feet, Maisie retorted with “No…not necessarily, cause some of the episodes take a really long time to shoot…” *smolders.* Man, I feel like I’m a debate commentator here. You should watch it!

However, in case you don’t, other highlights include Maisie not actually stating that there will be 6 episodes of season 8, even though we have long confirmed this (I think she just was unsure of what she is and isn’t allowed to say so I think she was just covering her bases; I wouldn’t read too far into this); Maisie admitting that she showed her mom the script (Maisie! What are you doing?!?! Somebody call Game of Thrones security!); and, most importantly, the actress being doubtful of the claim that multiple endings are being shot — she essentially dismisses HBO’s programming president Casey Bloys’ statement, which we called into question from the very beginning.

Watch the interview and see what else she has to say!

Lastly, I know this is a huge surprise to everyone, but… Variety reports that Game of Thrones has won yet another award, this time by the Costume Designers Guild. Their win was in the ‘Excellence in Sci-Fi/Fantasy Television’ category. While I haven’t seen other nominees Sleepy Hollow or Star Trek: Discovery, and not having seen Once Upon a Time in three years, I can only compare it to Black Mirror: U.S.S. Callister. While it was a great watch (seriously, go watch it), the costumes don’t hold a candle to GoT.