HBO to release 'Beautiful Death' images as puzzles | Watchers on the Wall | A Game of Thrones Community for Breaking News, Casting, and Commentary 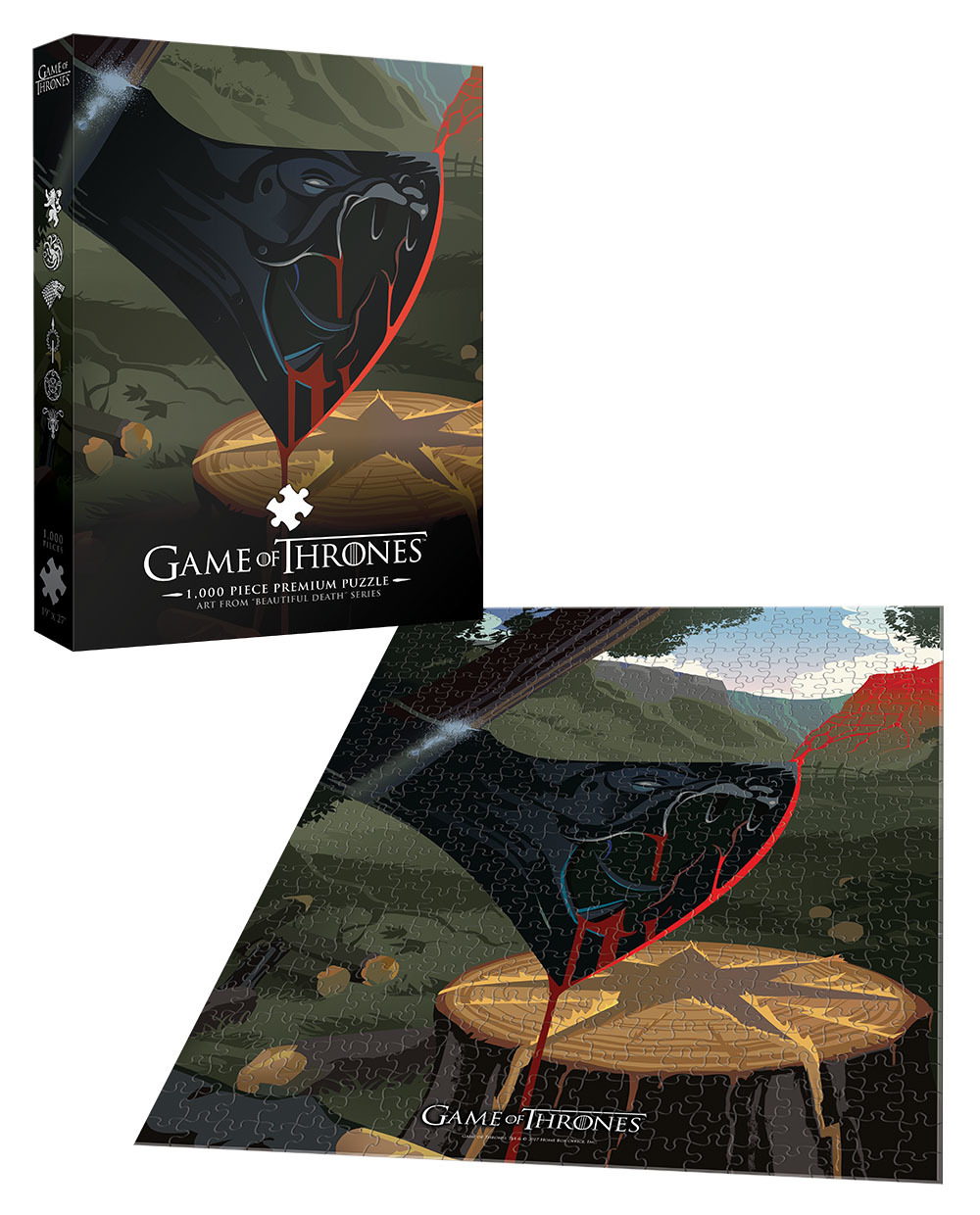 Whether you’re looking to pass the time between seasons of Game Of Thrones or to collect some more GoT artwork, HBO has you covered: the network has just announced the release of six puzzles featuring breathtaking artwork from BeautifulDeath.com, HBO’s official guide to the series’ most memorable deaths.

Each 1,000-piece, 19-by-27-inch puzzle features original art by Robert M. Ball, who creates all of the “Beautiful Death” images. Two are available at a wide variety of game and toy stores — “Long May She Reign” and “Violence Is A Disease” — while the other four are exclusive to Barnes & Noble and can be found at their locations nationwide. 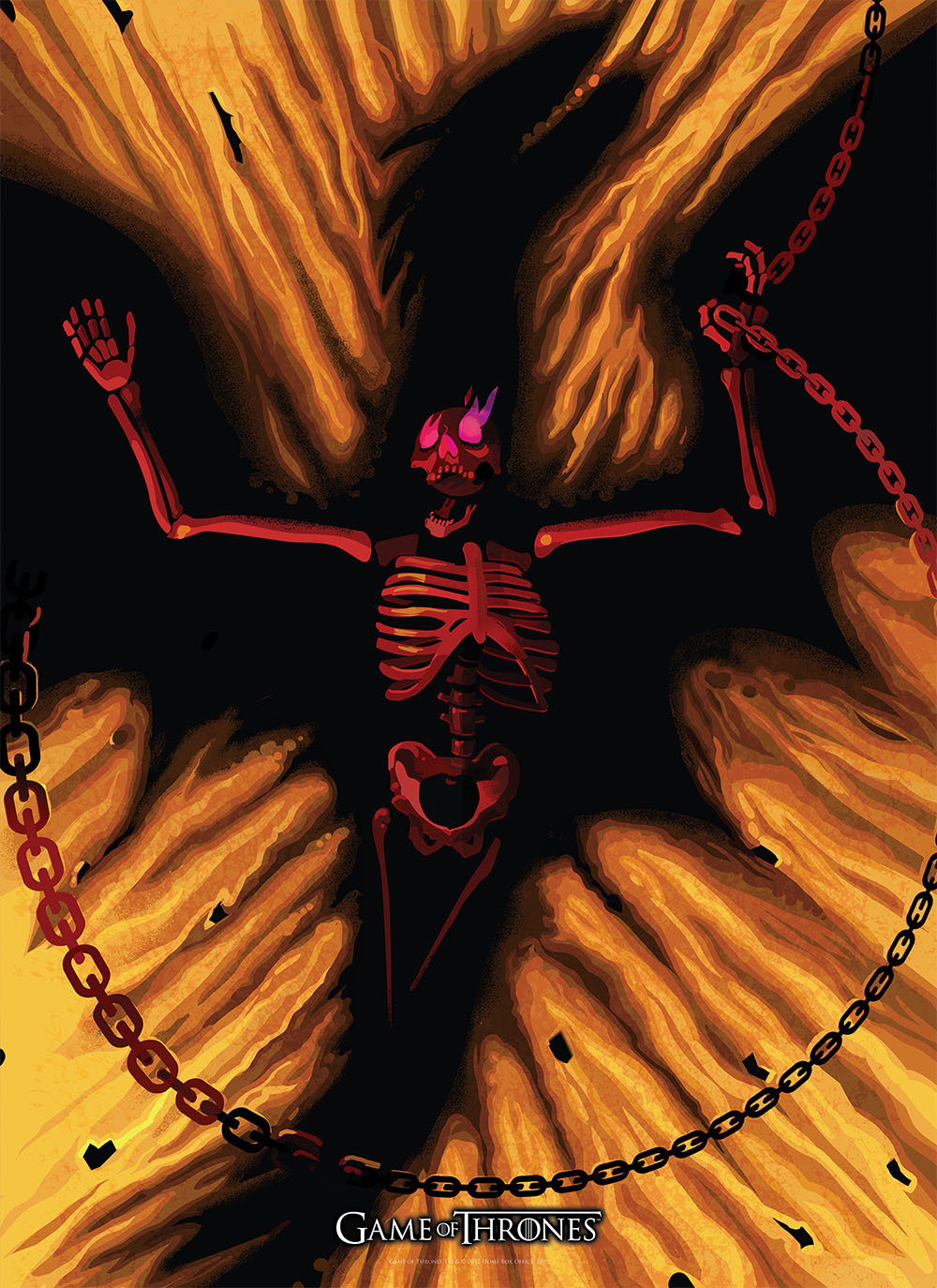 Capturing episode 4 of season 3, “Dracarys!” is a vivid reminder of one of the series’ most memorable moments: Dany handing over Drogon’s chain to Krhaznys mo Nakloz, just before issuing the command to burn the Astapor slaver alive. 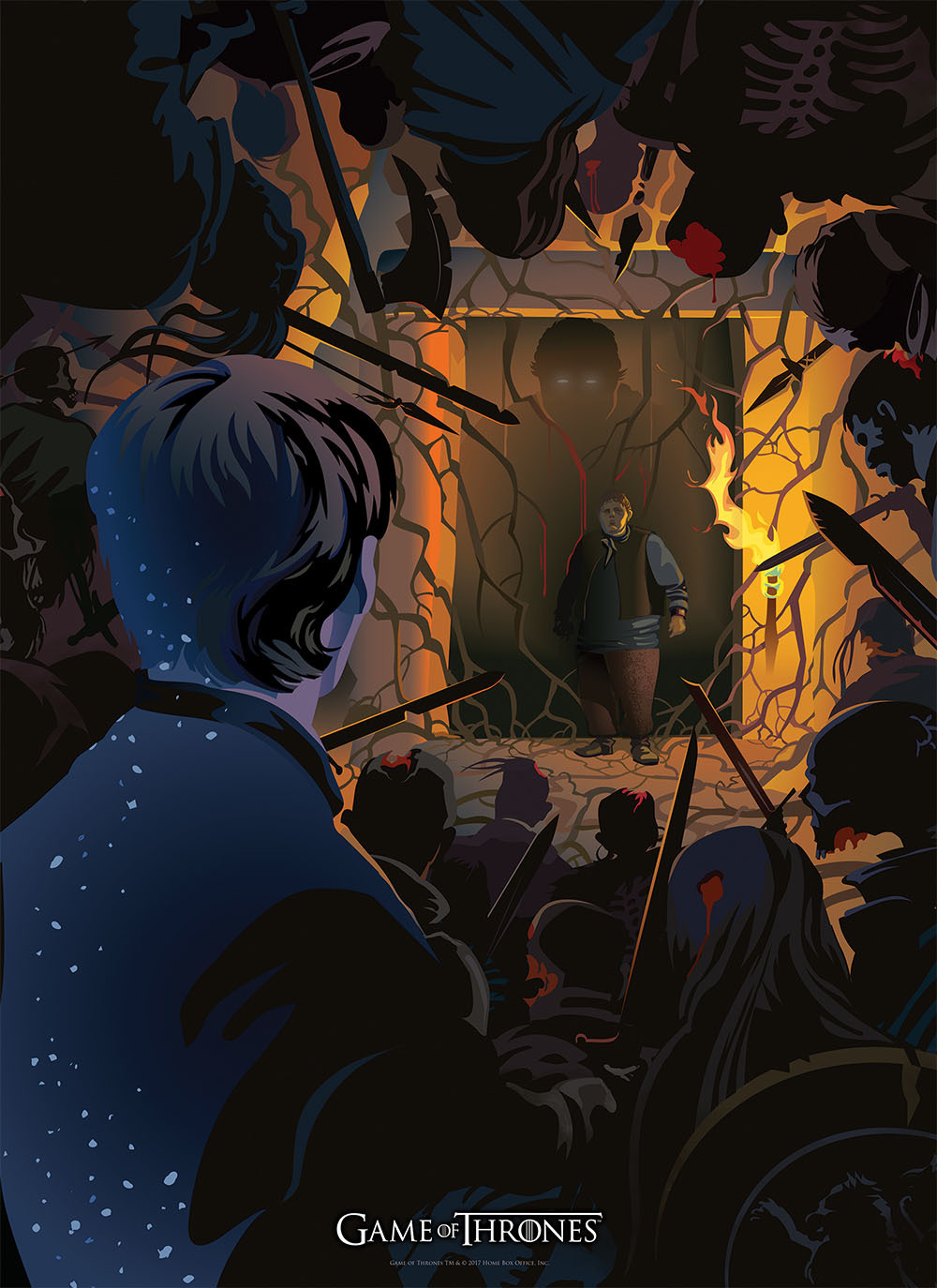 Haunting yet beautiful, Ball pays tribute to Hodor’s heart-wrenching death at the hands of the White Walkers from episode 5 of season 6 in “Hold The Door.”

“Long May She Reign” 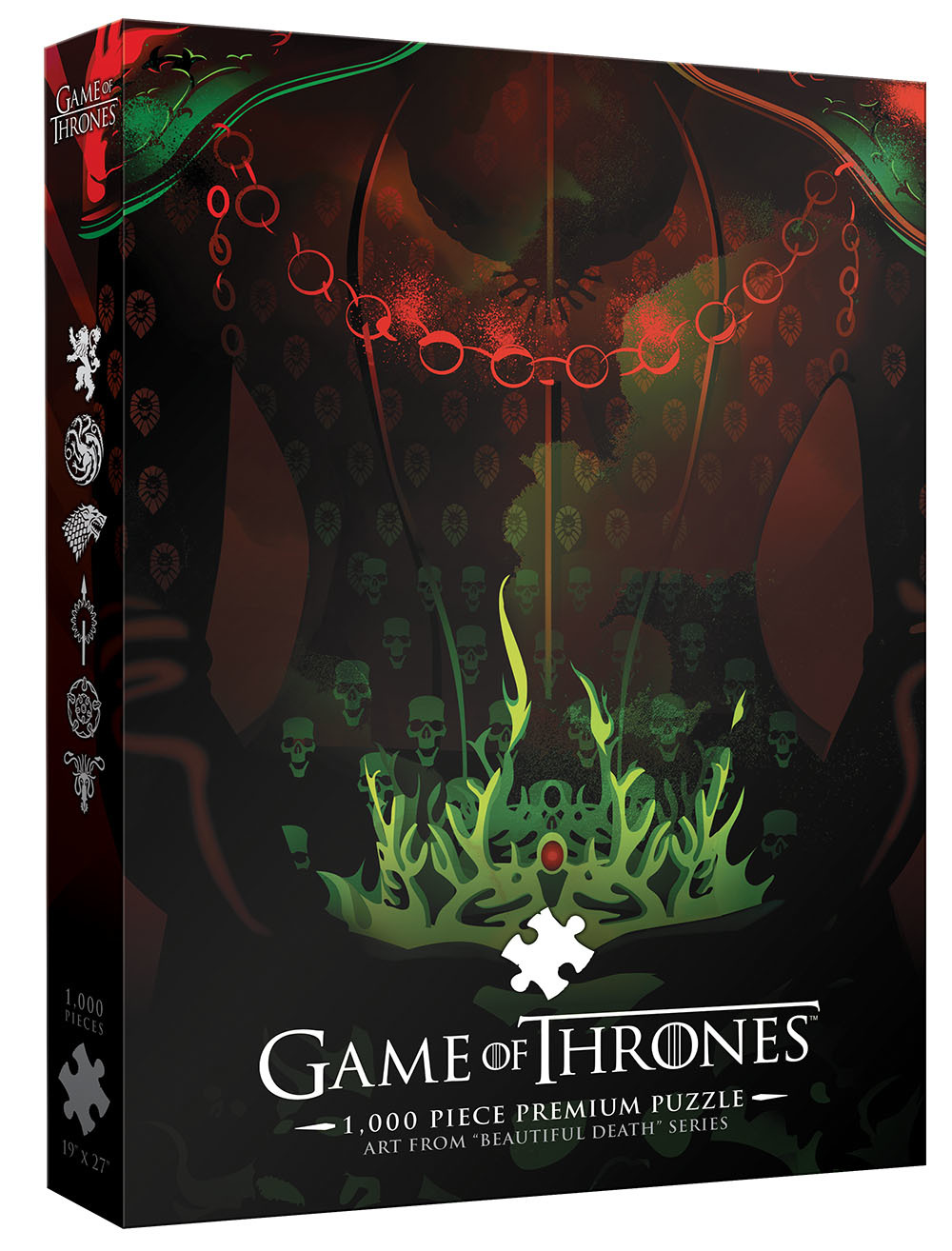 Aflame with both green wildfire and the blood of Cersei’s enemies, “Long May She Reign” harkens back to episode 10 of season 6 and the explosive beginnings of Cersei’s reign as Queen of the Seven Kingdoms.

“Violence Is A Disease” 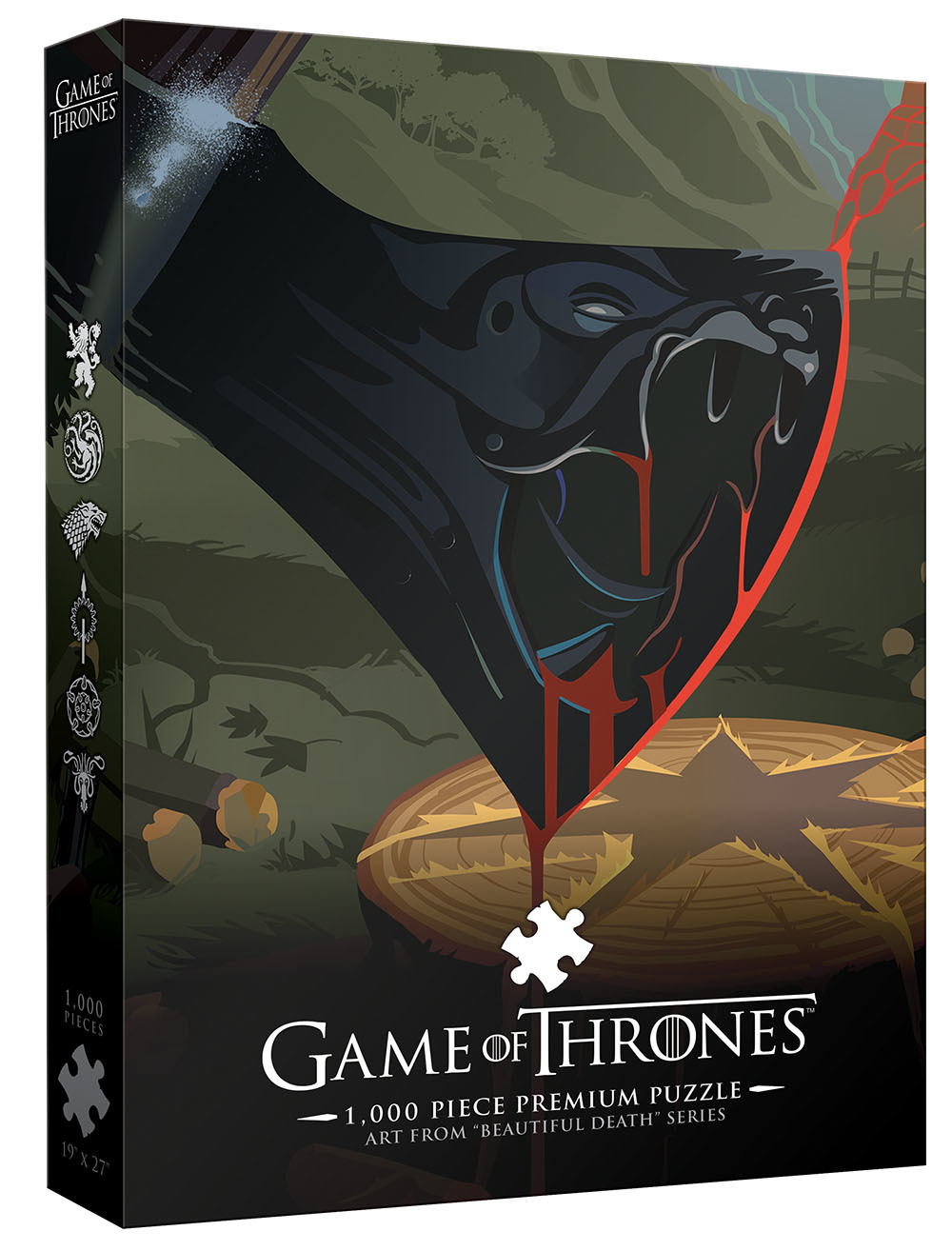 Many had assumed The Hound was dead until he re-emerged in episode 7 of season 6, healed and befriended by a septon — but after the septon’s death by rogue members of the Brotherhood, he was reborn with vengeance on his mind, depicted in “Violence Is A Disease.” 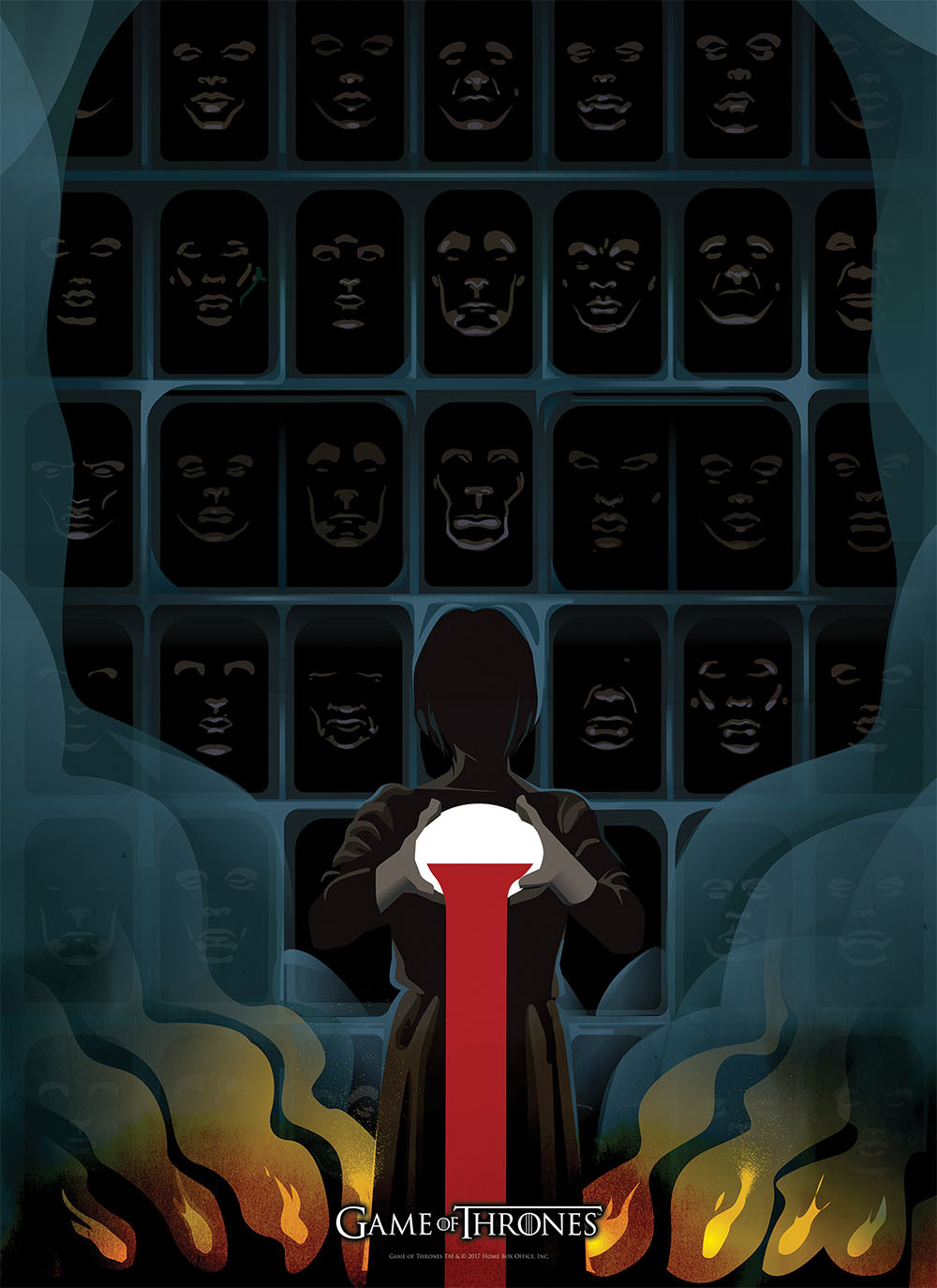 Echoing Jaqen H’ghar’s words to Arya in episode 6 of season 5, “We Never Stop Playing” is an homage to the eerie, dimly lit House of Black and White, dashed with vivid red.

“Your Name Will Disappear” 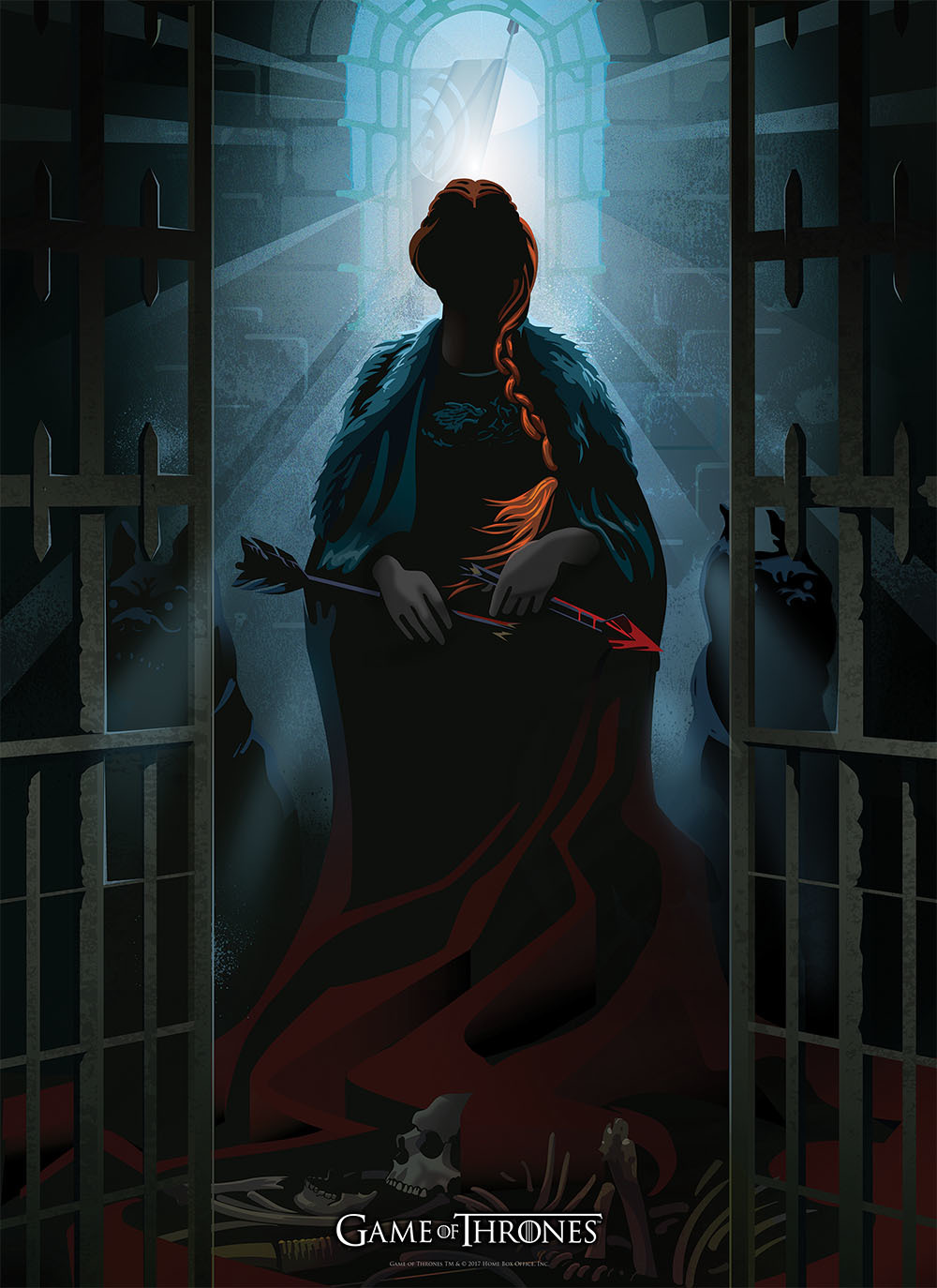 Perhaps no death was more satisfying than that of Ramsay Bolton, who was devoured by his own dogs after his defeat in the Battle of the Bastards in episode 9 of season 6 — gorgeously captured in “Your Name Will Disappear” in the form of Sansa, who administered the punishment, looking on.