Game of Thrones Season 6 Episode 4 "Book of the Stranger" Recap Round-Up | Watchers on the Wall | A Game of Thrones Community for Breaking News, Casting, and Commentary 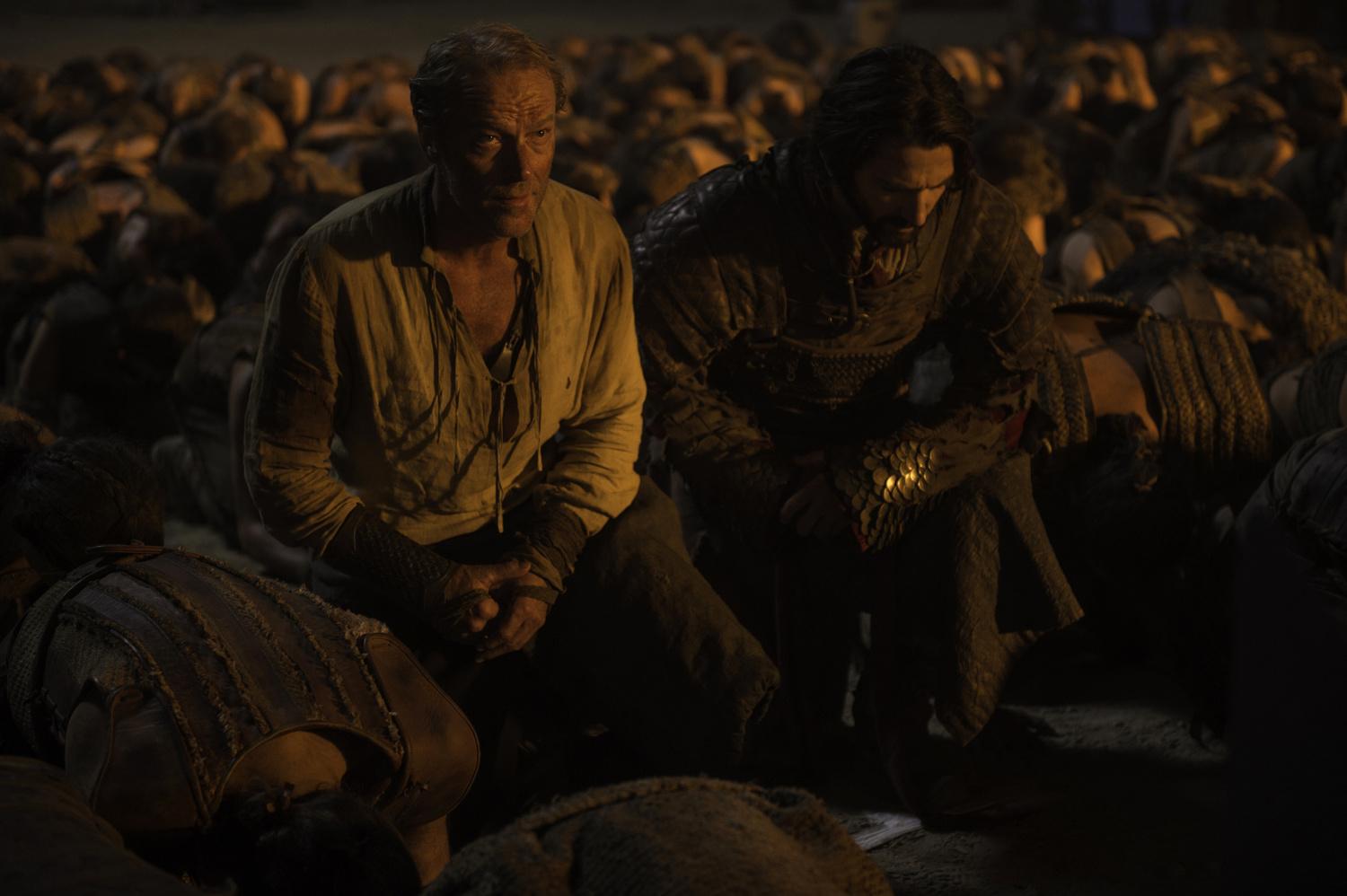 Family reunions, Tormienne, and Dany rising from the ashes, what more could you want from a Game of Thrones episode?

As Quaithe’s prophecy from A Song of Ice and Fire goes: “To go forward you must go back.”

In Watchers’ own reviews, Sue (Sullied) relishes the rare heartwarming Game of Thrones moment when the Starks reunited. Oz (Unsullied) laments for Lysa as her murderer returns and discusses that big Fire and Blood moment.

Myles McNutt, A.V. Club (Sullied) – Confident for more family reunions, McNutt comments on Jon and Sansa’s changed positions, Missandei and Tyrion’s slavery exchange, and the other differences between “knowing” and “understanding” illustrated through our characters.

Alyssa Rosenberg, The Washington Post (Sullied) – Rosenberg discusses the theme of forgiveness in “Book of the Stranger” through Jon and Sansa, Brienne and Melisandre, Cersei and the High Sparrow, and Yara and Theon.

Sean T. Collins, Rolling Stone – Collins notes the many working character repetitions of Ramsay, Daenerys, Tyrion, Cersei, and Baelish made for a progressive episode with the Jon/Sansa reunion as an added unexpected delight.

Rob Bricken, io9 – Declaring last night the one we’ve all been waiting for, Bricken delights in the Stark reunion. He credits the shining moment of the episode to Kit Harington and Sophie Turner whose exceptional performances further illuminated the highly anticipated moment.

James Hibberd, Entertainment Weekly – Hibberd observes the trends of ice and fire playing throughout the season with the Stark reunion and Daenerys’ Dothraki conquer.

Sarah Hughes, The Guardian (Sullied) – Hughes reviews the many character reunions this episode and the confrontations they promise.

Eliana Dockterman, Time – New to the rounds this week, Dockterman revels in the powerful victories for the women of Game of Thrones.

David Crow, Den of Geek – Crow found “Book of the Stranger” the best episode yet of Season 6 as it not only built anticipation for the “wars to come” but also rejoices “every subplot sang with the clarity of two swords meeting in the middle.”

Laura Hudson, Wired – Also new to the rounds this week, Hudson wins the best headline award with “Oh, It’s Lit.” She brilliantly illustrates Daenerys as the physically embodiment of Dracarys.

Alan Sepinwall, Hitfix – Sepinwall applauds “Book of the Stranger” for playing with fire while remaining unburnt.

Jen Chaney, Vulture – Chaney expresses Daenerys’ fiery strength that proved herself to be no damsel in distress.

Stephanie Merry, The Washington Post – Merry cheers for the women of Game of Thrones who are taking back the world of Westeros after their harsh treatments.

Sonia Saraiya, Salon – Disappointed with the final moment of “Book of the Stranger,” Saraiya still found the intense set-up of the episode satisfying.

It seems most critics enjoyed “Book of the Stranger” with some exceptions. What are your thoughts? Let us know below!