Game of Thrones: Post-Mortem of "Book of the Stranger" | Watchers on the Wall | A Game of Thrones Community for Breaking News, Casting, and Commentary 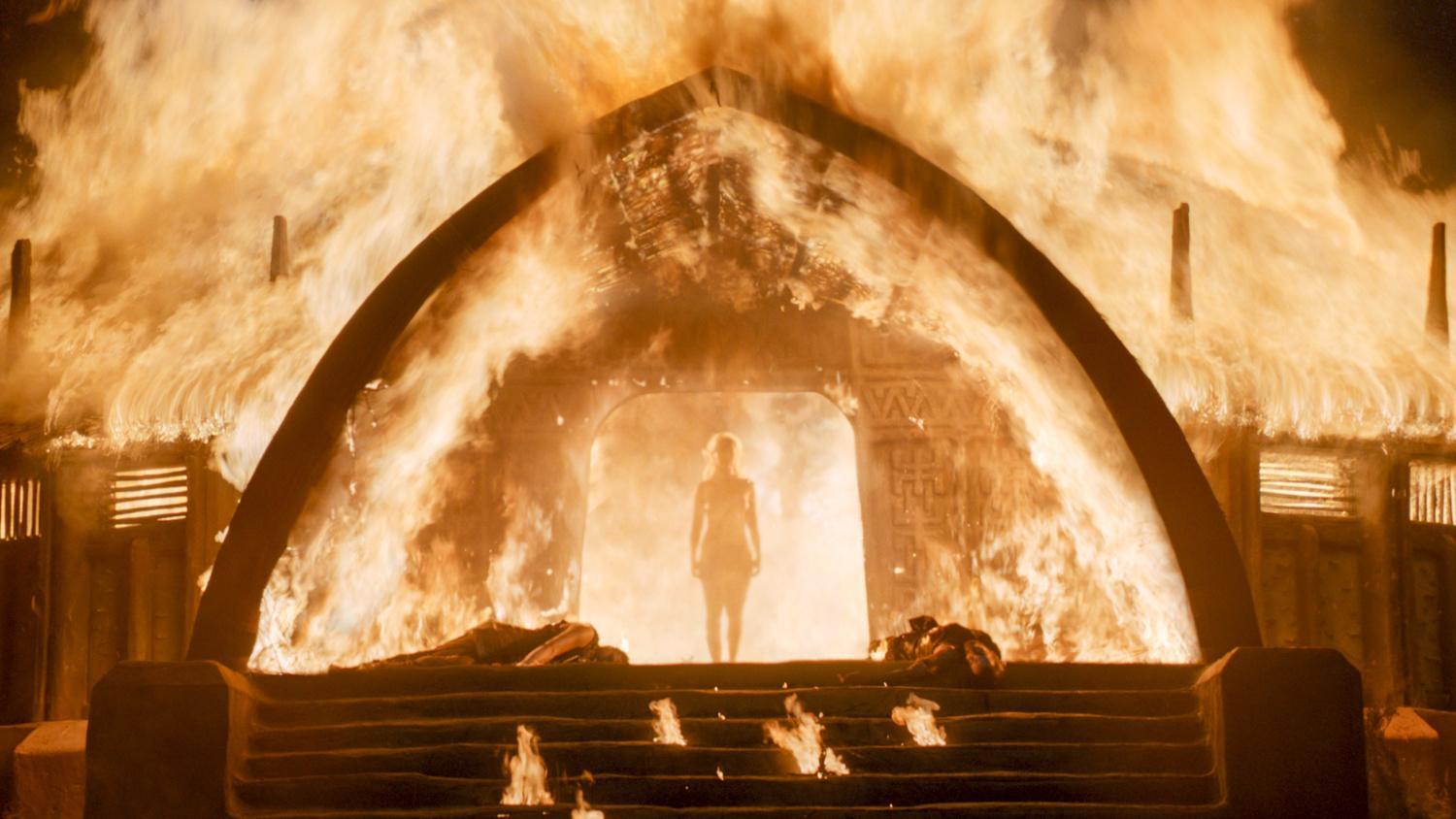 Stark family reunions! Greyjoy family reunions! Happy happy burning time for Khaleesi! If you’ve watched this week’s Game of Thrones, then check out some of the interviews and videos that dissect “Book of the Stranger.”

Entertainment Weekly chatted with Emilia Clarke about her flaming moment of glory.

It’s so exciting, very tingly-making. Every season I get at least one spine-chilling moment. I just stand up and I go, ‘I’m hearing what you’re all saying, but funny thing, I’m going to kill you all. I forgot that I have an ace in my back pocket and now I win.

Clarke discusses getting the Dothraki back on her side and how Daenerys now feels indestructible.  She also brings up the issue of nudity

Taking off my clothes is not the easiest thing, but with the magic of the effects, I don’t have to do a season 1 and go on a cliff and do it.  I’m in control of it….I’d like to remind people the last time I took my clothes off was season 3.  That was awhile ago. It’s now season 6. But this is all me, all proud, all strong. I’m just feeling genuinely happy I said ‘Yes.’ That ain’t no body double!

D.B. Weiss and David Benioff also spoke about the scene, with Weiss saying:

You know from the first season that, as you say, it’s her ‘superpower,’ but this is not really that type of story. It’s almost like the revelation she had when Jorah and Daario come to the rescue. She’s like, ‘Wait, I can do something none of these people can do and now that these two people can help me, I can use that to my advantage.’ It’s a very simple solution, a plan where you can use three people to take out dozens in a very dramatic way by just lighting things on fire and standing there.

Emilia absolutely crushed it. It’s one of those weird scenes because it was half shot in Spain, half in Belfast. But largely due to her performance, it works brilliantly.

You can read the whole thing here.

Sophie Turner also spoke to the magazine about that wonderful Stark reunion, calling it one of favourite scenes to shoot in the series and the plot element she was most excited for in Season 6.

It’s such an emotional moment.  She finally made it to Castle Black. And there’s this look where they’re just studying each other’s faces, with no expression. Then there’s this long embrace. It’s just awesome.

She also talks about her relationship to Jon and Davos.

People can kind of assume that Sansa’s very much like her mother and her mother wasn’t very fond of Jon.  But Sansa is also different from her mother so she tries her best.  She’s been through so much.  She knows Jon is her older brother and Davos is older and wiser, but she’s probably been through more than both of them. She’s not just going to go along with other people’s decisions.”

You can read the rest here.

HBO have released their usual bevy of post-episode videos.  In this week’s “Inside the Episode” David Benioff and D.B. Weiss discuss Jon and Sansa’s emotional family reunion, Tyrion’s slavery negotiations and Daenerys’ reclamation of power.

Natalie Dormer and Finn Jones talk about staying strong during their confinement by the Faith Militant.

Finally Emilia Clarke, Iain Glen and Michiel Huisman discuss how Daenerys regained her confidence to burn down the Dosh Khaleen, and Jorah and Daario’s belief in their Khaleesi.