Game of Thrones possibly returning to Croatia for season 7 filming | Watchers on the Wall | A Game of Thrones Community for Breaking News, Casting, and Commentary 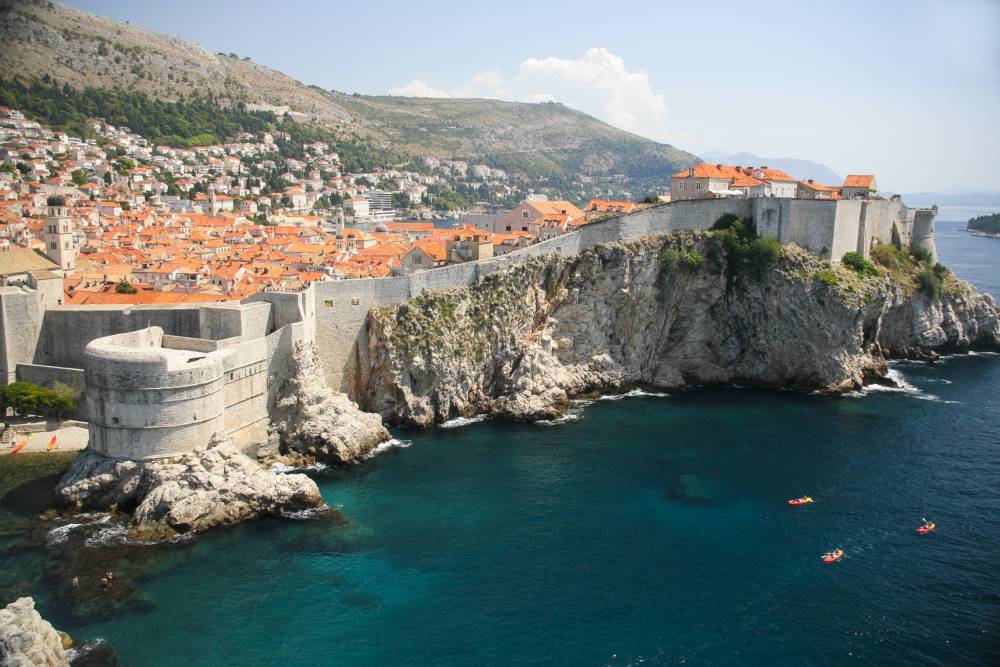 The Dubrovnik Times has a surprising announcement for Game of Thrones fans today: that the show may be returning to Croatia for the shooting of this season after all. Though the country was a filming mainstay for GoT, particularly serving as King’s Landing, for several seasons, it looked like it was off the table for season 7 when Croatia was not on the list provided by HBO in July. Today, The Dubrovnik Times discovered that Embassy Films (GoT’s production company of choice in the country) has begun casting for extras for mid-December filming.

However, it’s not quite confirmed yet, so we can take the news with a grain of salt. Embassy Films’ announcement for extras casting is visible on their Facebook; as you can see, it doesn’t specify Game of Thrones, stating only that it’s for a TV series, along with providing a few casting details. 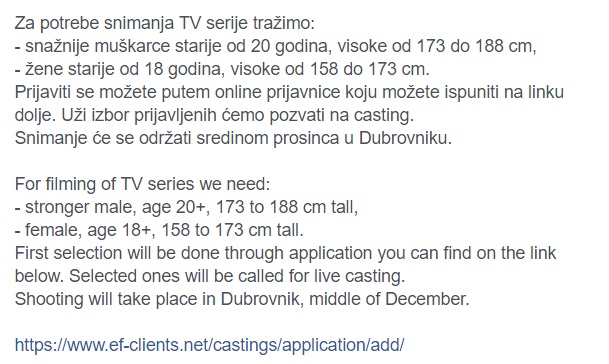 Embassy Films does work on projects besides Game of Thrones, so we have to consider this may be an extras casting call for something else. But, I do think it’s a strong possibility. Croatia has some unique locations that can’t always be duplicated elsewhere, even though much of the production has moved on to Spain. GoT wasn’t expected to film in Croatia at all for season 6, but the show filmed there for a few days last year at a location that was particular to Dubrovnik: the King’s Landing shore where Cersei waited for Myrcella’s return.

And so perhaps this is a similar situation, Game of Thrones returning to Dubrovnik because they need a location that cannot be recreated in Spain or in a studio. The extras casting call itself doesn’t provide a lot of hints, considering how broad it is. It calls for both men and women, more or less of typical heights, though they are looking for stronger men which might point toward soldiers or Unsullied.

For now, we’ll keep our eyes on the Croatian news, and hope for more updates and hints from Dubrovnik!