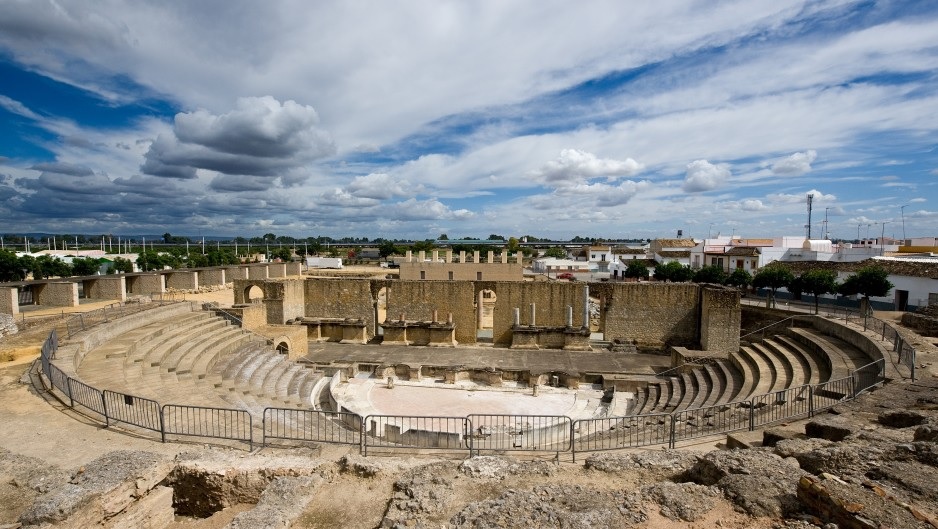 The ruins of Italica, located in Santiponce, Spain were confirmed earlier this week as a new filming location for Game of Thrones season 7. The well-preserved ancient Roman city contains among other things an amphitheater that looks to be a shooting site for the new season.

According to ABCdesevilla, sources from the Oficina de Gestión del complejo arqueológico have stated that HBO representatives visited Italica and are set on the amphitheater for filming, particularly as a place to shoot action scenes.

Though the setting seems more typical of Essos than Westeros, Daenerys departed the eastern continent (so it seems) in the season finale, “The Winds of Winter.” The amphitheater with its rows of seating brings to mind another more modern location- Daznak’s Pit, shot in an Osuna, Spain bullring. The amphitheater is not exactly in working order however, which brings the question: what kind of action or fighting scenes could take place in a ruin?

We have a few ways of looking at this. The first- if it looks like Essos, then perhaps it is. Daario stayed behind in Meereen but is this the last we’ve seen of him and Michiel Huisman? It’s a lingering question. And with Euron making his ships (let’s assume he swiped the lumber he needs from shores near the Iron Islands), will he reach Meereen before finding out that Daenerys isn’t there anymore? It’s a possibility.

The second option: the setting could work with Dorne. Southern Spain with its warm climate is a good stand-in for the southernmost part of Westeros. Daenerys has allied with House Martell’s Snakes, and her first landing on her home continent could be Dorne, eventually leading to a fight. After all, Cersei wouldn’t welcome her return to Westeros gladly.

We could also consider the amphitheater as part of the old Dragonpit, which has fallen into ruin. With a bit of CGI, I wouldn’t rule that out.

Another small piece of Spain filming news: it’s been confirmed that Game of Thrones will be returning to film in the Real Alcázar of Seville. With the announcement of filming returning to Seville, we guessed the show would be shooting in the beautiful Alcázar once again for Dorne’s Water Gardens, but now it’s been stated outright by a Spanish official.

Antonio Muñoz, a municipal delegate representing Urban Habitat, Culture & Tourism of the City of Seville, is not giving specific dates, but acknowledges to Europa Press that “between autumn and winter” the show is returning the Real Alcázar.

Thanks to H. Stark for the heads up on the Italica news!