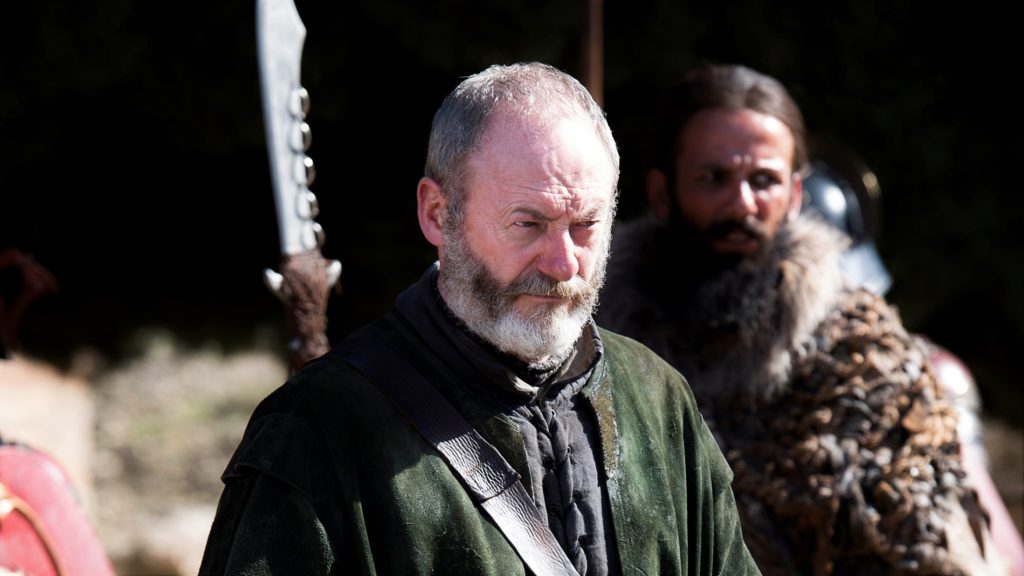 The read-through for the eighth season of Game of Thrones begins today in Belfast — the cast will act out three episodes today, and the other half of the season tomorrow, after which there will be a week of rehearsals and then, finally, filming will begin. Despite this, the actors haven’t been able to prepare, due to this final season’s tightened security measures, according to Davos Seaworth himself, Liam Cunningham.

In an interview with IGN, Cunningham continued being just as talkative as he’s been lately, this time discussing the season eight scripts, which he already has … more or less:

“I got six of [the scripts], I got them all,” begins Cunningham. But it’s not that simple. For the last few seasons, scripts moved to digital-only in order to avoid misplaced physical copies, and now the production has gone even further in their efforts to avoid leaks: “I can’t open them, because of all the security,” he clarifies, “and I can’t walk them out.”

Yes, you read that right: as unbelievably impractical as it may appear, these measures are so tight now that the actors aren’t even allowed to open their digital scripts outside the Game of Thrones studio in Belfast anymore — at least not until filming begins, and perhaps not even then, though Cunningham did not make that clear. Either way, these scripts are being treated as delicate weapons, only to be treated with the utmost care. Or, as the Irish actor put it, to open the scripts is “like pulling the pin out of a grenade.”

Hopefully this year we’ll be able to enjoy the off-season with the usual kind of spoilers. That is, casting calls, filming photos, and the like — the kind of little spoilers which allow the community to try and piece together the story, instead of outright script leaks, which just hand us a contextless plot dump, actually spoiling the experience for many.