Game of Thrones season 6 premiere: first impressions and new footage! | Watchers on the Wall | A Game of Thrones Community for Breaking News, Casting, and Commentary 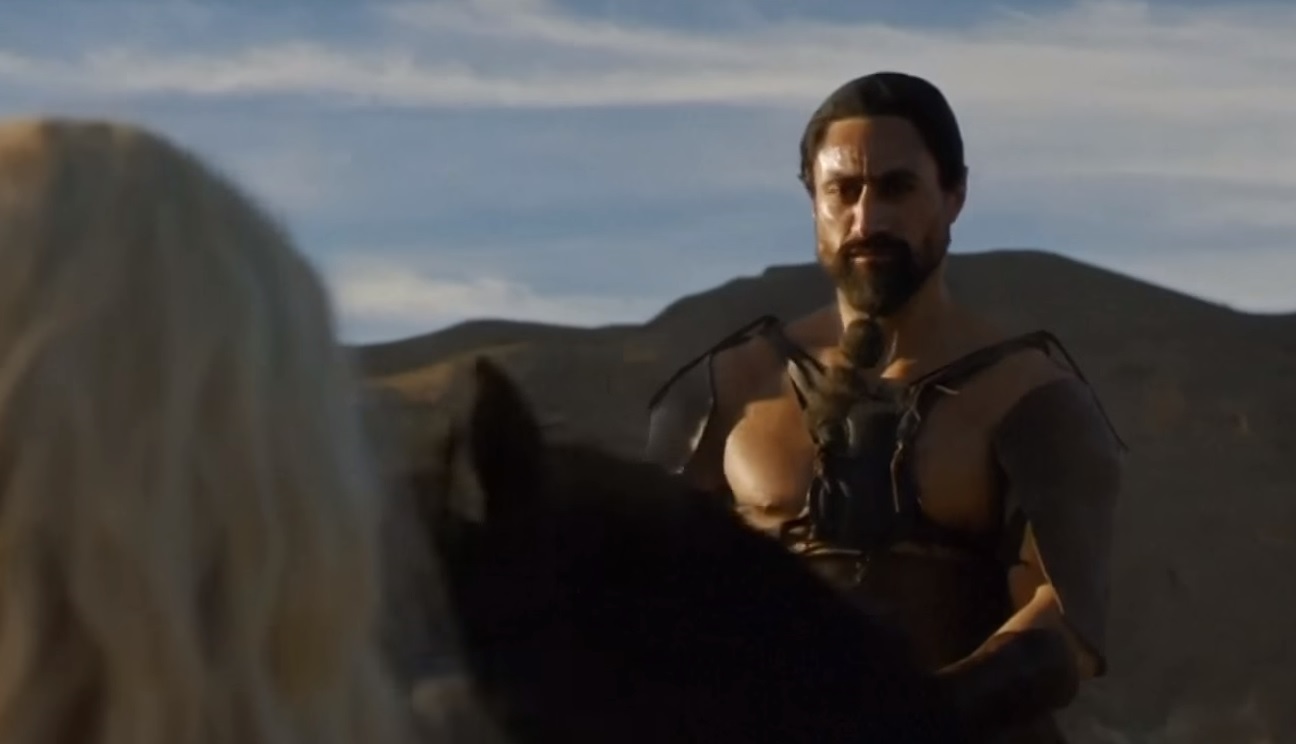 The Game of Thrones red carpet premiere was a big success last night (livestreaming issues aside), with the stars of the show turning up to watch the first episode of season 6. The cast chatted up the new season with the press, giving us some juicy soundbites to pore over today. We’re also hearing people’s first impressions of the new season, since critics’ advance screeners were not given out this year.

First up: a report from Reuters, along with presenting cast members’ opinions on whether or not Jon Snow is dead (groundbreaking question), contains brand new season 6 footage showing Daenerys among the Dothraki. We last saw her in season 5 being surrounded by the khalasar. The footage starts about the 1:04 mark of the video.

Critics have also begun sharing their spoiler-free impressions of the first episode of season 6. James Hibberd of Entertainment Weekly shared his thoughts and a few details about the premiere.

Hibberd says that “‘The Red Woman’ hits the ground at full sprint,” and that after season 5’s finale of cliffhangers, “this intense new hour picks up right where each left off.” He says that the first episode has scenes that will be “genuinely shocking,” even for fans that do a lot of speculating (not that we’re ever guilty of that, cough). Not every major character is in the premiere though. We can expect to spend “a lot of time” at Castle Black.

He also reports that what we’ve seen in the two trailers was largely from the first episode (and presumably the second, based on what he saw). Fans have suspected this for a while, since HBO is being very careful this year, and the trailers seemed to place every character right after the season 5 finale’s events.

“This season was a beast to make,” Benioff told the audience. “We shot 680 hours of dailies, which translates to 3.7 million feet of film. We shot in five different countries – Northern Ireland, Spain, Croatia, Iceland, and Canada. We employed 900 crewmembers in Belfast; 400 in Spain. We issued 140 script revisions. We two shot units a day for 22 weeks straight, three units a day for 10 weeks straight, four units for two weeks straight. And none of that would be possible without the greatest producing team on the planet.”

There’s more to the report, so visit Entertainment Weekly.

The LA Times‘ Yvonne Villarreal similarly holds back on spoilers, but says, “I noted two instances of full-out cheering, one gasp-worthy moment and about three occasions that incited laughter.”

The LA Times also reports that at the afterparty, “guests could get henna tattoos, get a reading from a ‘three-eyed raven soothsayer,’ or get tote bags made with their favorite ‘Game of Thrones’ insignia.” Guests could pose in the Hall of Faces photo booth or play on the new “Game of Thrones” pinball machines.

Legendary actress Faye Dunaway attended the premiere, and spoke with Vanity Fair about the show. “My cup of tea currently is Gwendoline Christie’s Brienne,” she told us. “Isn’t she great? A strong warrior, and she is going to have a bigger part in Season 6. And I love Emilia’s Daenerys Targaryen too.” Dunaway is apparently a big fan of the show, telling VF, “I take notes on the direction and the performances and just try to learn from the work. I look up the characters online too to find out more than I already know.”

Maisie Williams has some interesting comments in Vanity Fair as well about her character Arya this year. “This is really the first time we’ve seen her as an underdog. Lots of people think she is their favorite character, and now we are going to see if people stick by her. Everybody can like the little girl who tells grown men what to do because that is funny. But now we are going to see her at a really low point.”

USA Today pried a few intriguing tidbits from the cast last night. Jonathan Pryce says that this season, “You’ll find out a lot more about the High Sparrow, his background, what motivates him, why he’s become the man he is and why he’s on this mission. It was all new to me.”

Jacob Anderson says of his character, “This season, Grey Worm has to learn the intricacies of politics and it’s a different kind of leadership, other than fighting,” Anderson says. “There is a lot of tension in Meereen. The place is a mess. There’s a lot to clean up and, at the moment, they don’t have a queen.”

We also heard from one of the show’s newest cast members, Joe Naufahu who is playing Khal Moro. Naufahu tells USA Today that his character is “tough. He’s loyal. He strictly adheres to Dothraki traditions and culture. And he doesn’t speak a word of English.”

Fittingly for an actor playing a Dothraki warrior, Naufahu knows how to ride horses and speaks well of the animals. “It’s always fun and when you have horses on set, it just lifts the reality of the show. They’re such beautiful animals.”

Screenwriter (and friend of Benioff and Weiss) Craig Mazin tweeted his own brief impression of the premiere:

The missus and I went to the Game of Thrones premiere this evening. The first episode is– big shock– awesome. Last scene… WHAAAAAA?

Only 13 days left until the official HBO premiere of Game of Thrones season 6! Can you stand the wait?