Game of Thrones preps for a major scene and gets mischievous | Watchers on the Wall | A Game of Thrones Community for Breaking News, Casting, and Commentary 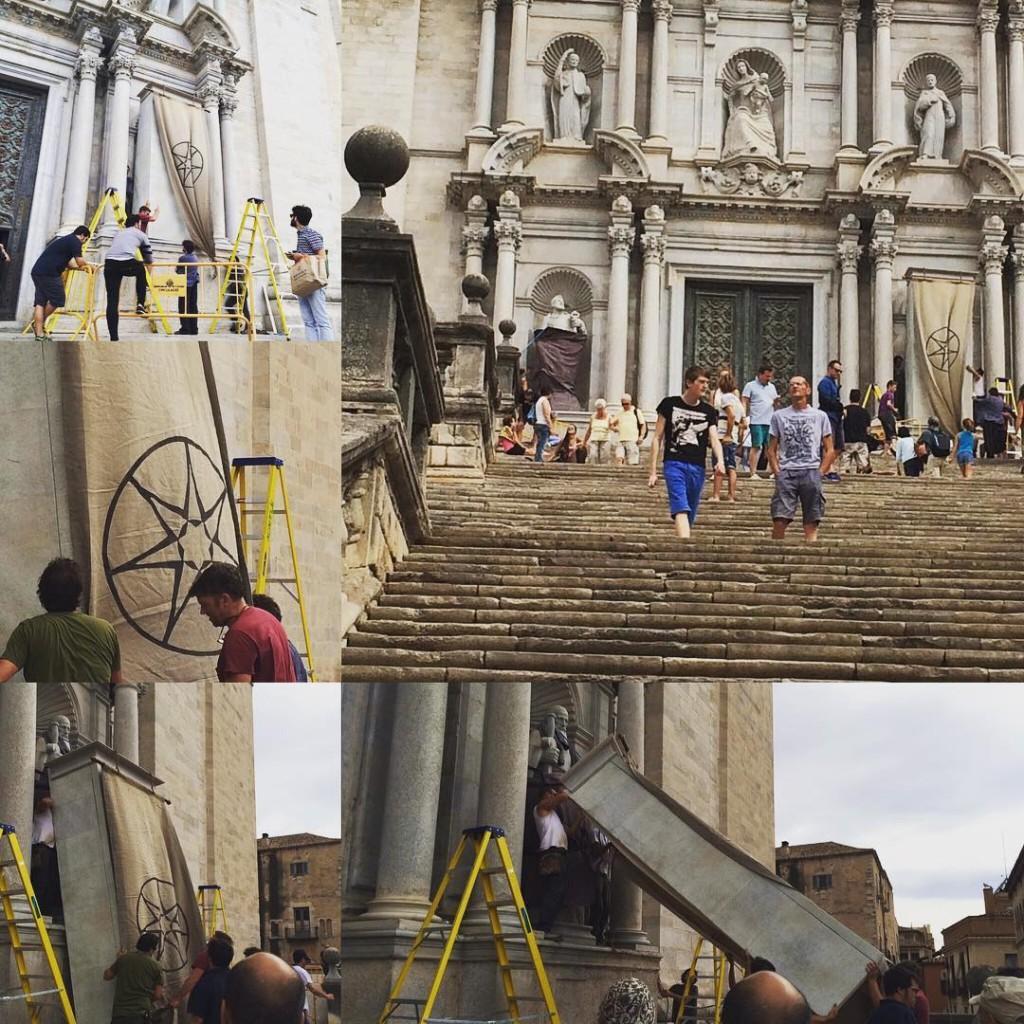 Game of Thrones has been readying the grand Girona Cathedral for a major scene filming this week, and people have spotted a great deal of crew activity, in front of and around the cathedral. It seems the crew has even gotten mischievous with onlookers.

One twitter user has taken video footage of the statues in front of the Cathedral being covered with seven-pointed stars, in preparation for filming over the next few days.

Many windows and walls are blocked with green screens, suggesting the show will be altering the view looking out if scenes are shot in those particular rooms.

Locals and tourists who stopped by Girona’s Old Town to check out the filming found an unusual sight today. Game of Thrones production has taken it upon themselves to surprise the people staring at the preparations so intently, with a well-placed White Walker dummy:

I’m pretty sure White Walkers haven’t made it to King’s Landing, Braavos, or Oldtown quite yet. Very funny, guys!