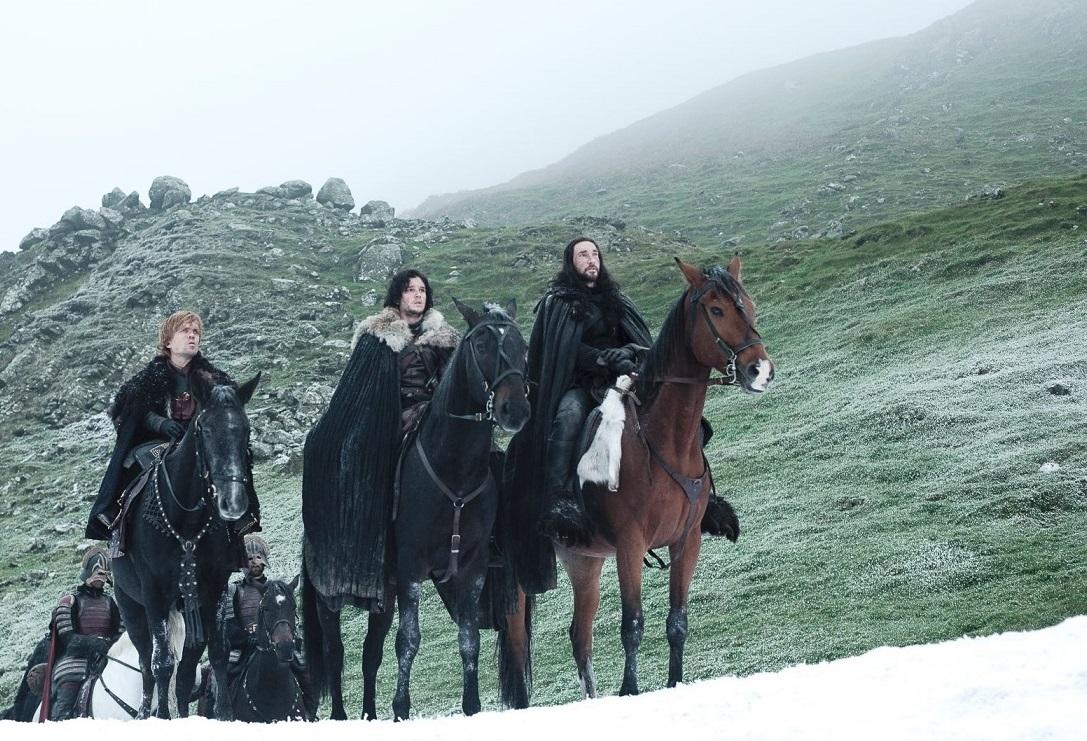 Living up to the powerful premiere of Game of Thrones was a tall order. The first episode established countless characters in a variety of colorful places, and made us feel just a little bit comfortable in the world we were seeing. We had a handle on things, at least. Then “The Kingsroad” aired, and so many characters were on the move, shaking up the foundation that had just been laid.

In the series’ second episode, Eddard Stark and his daughters travel south on the Kingsroad to King’s Landing, with a royal host of troubles growing. Jon Snow journeys north to the Wall to join the Night’s Watch, accompanied by his uncle Benjen and Tyrion Lannister.

Across the Narrow Sea in Essos, Daenerys departs the city of Pentos and travels with with Khal Drogo, her brother Viserys and the khalasar on an exhausting journey through the grassy Dothraki Sea. With the help of her new handmaiden, Daenerys learns how to deal with her new husband. 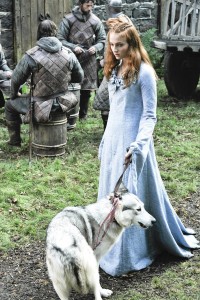 Like “Winter is Coming,” this episode was written by D.B. Weiss and David Benioff, and directed by Timothy Van Patten. In “The Kingsroad,” a simple fight between children becomes part of an escalating war between family factions, and as usual, the ones who pay the price are the most innocent- a blameless animal and a common butcher’s child.

Despite being one of the children, Joffrey rises to the occasion as a despicable character, even before the event with Mycah and the direwolf bite. Refusing to pay his respects to the Starks while Bran lies in a coma, Tyrion delivers the Slaps Heard ‘Round the World. And it was good. Unfortunately for those ruled by him, Joffrey was already rotten by this point. But in Jack Gleeson’s hands, he was always compelling.

Weiss shares Sansa and Arya’s points of view on the incident in this bonus video from HBO.

Other major moments of the episode include Jon presenting Arya with her trusty Needle, an iconic scene from the books. The scene was actually the first reward on the Maester’s Path, the interactive promotional campaign used for season 1. Because of this, it’s one of the handful of scenes we saw in advance of the episode airing, with the puzzle being released on February 28th, 2011.

The fifth reward from the Maester’s Path was a clip also from this episode, the scene in which Robert and Ned discuss their past. Teasing viewers with a possible new mystery, Ned refers to a woman named Wylla as Jon’s mother. When Jon and his father say farewell in “The Kingsroad,” Ned promises to tell the bastard about his mother the next time they meet.

I think we all know how that worked out. And the questions about Jon’s parentage remain.

Things ended better for the Northern Inuit dog that played Lady. Sophie Turner adopted the dog Zunni after her stint on the show, so in our world at least, Lady and Sansa were never parted.

“The Kingsroad” finishes with Ned carrying out the execution of Lady, as Bran awakes from his coma, his direwolf Summer curled at his side.

Introductions: The handmaidens Doreah, Irri, and Jhiqui (our only sighting of her to date); Rast of the Night’s Watch who will be annoying Jon Snow well into the fourth season; Ser Ilyn Payne, played by Wilko Johnson, who later left the show after being diagnosed with cancer. Johnson has since recovered and fans are hopeful he’ll return to GoT- he is after all a member of Arya’s special list.

Deaths:  The catspaw assassin is taken out by Summer, with an assist from Catelyn. Since Arya’s direwolf Nymeria is missing, Lady is killed in her place. The butcher’s son Mycah is run down by the Hound.

Shockers: The Hound kills the child Mycah. Drogo actually likes it when Daenerys goes for a ride and forces him to look her in the eye. The assassin who tries to kill Bran literally gets his throat ripped out for his trouble. Ned executes Lady himself because she belongs to the North.

Game of Thrones became a cultural phenomenon almost immediately, popular with more than just us fans of ASOIAF. Moments from the show turned into memes very quickly. When Catelyn went sleuthing in “The Kingsroad” and found a lone incriminating blond hair in the tower Bran fell from, “CSI: Winterfell” was born. 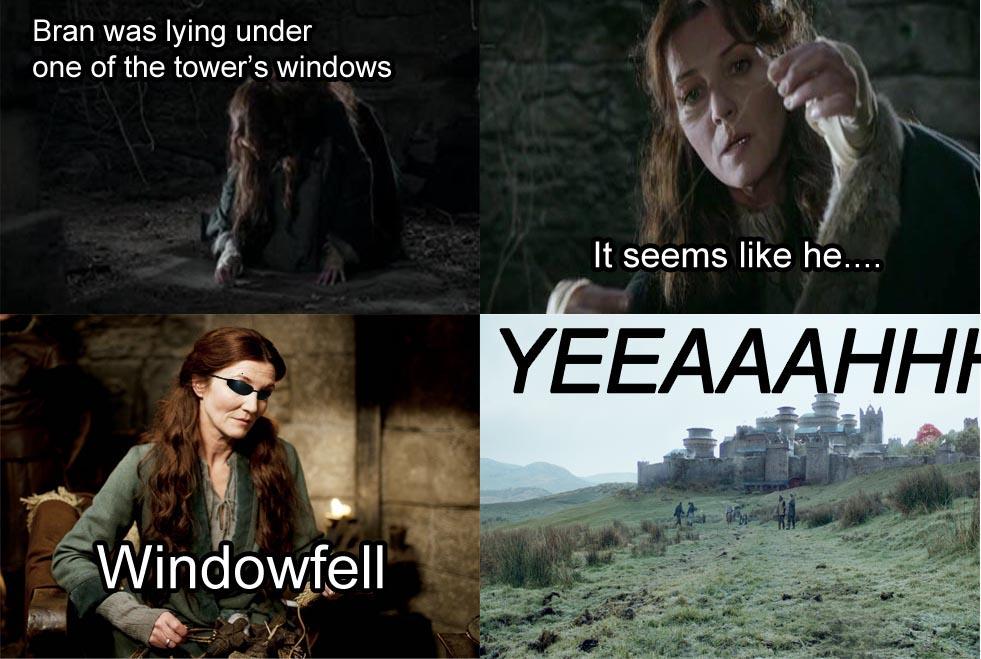 When Tyrion slapped the hell out of Joffrey, the internet seized on the moment. Because it only took two episodes for everyone to hate Joffrey almost as much as book-readers had been hating him for years.

Here is Mycah’s death, as shown in the Beautiful Death artwork by Robert M. Ball: 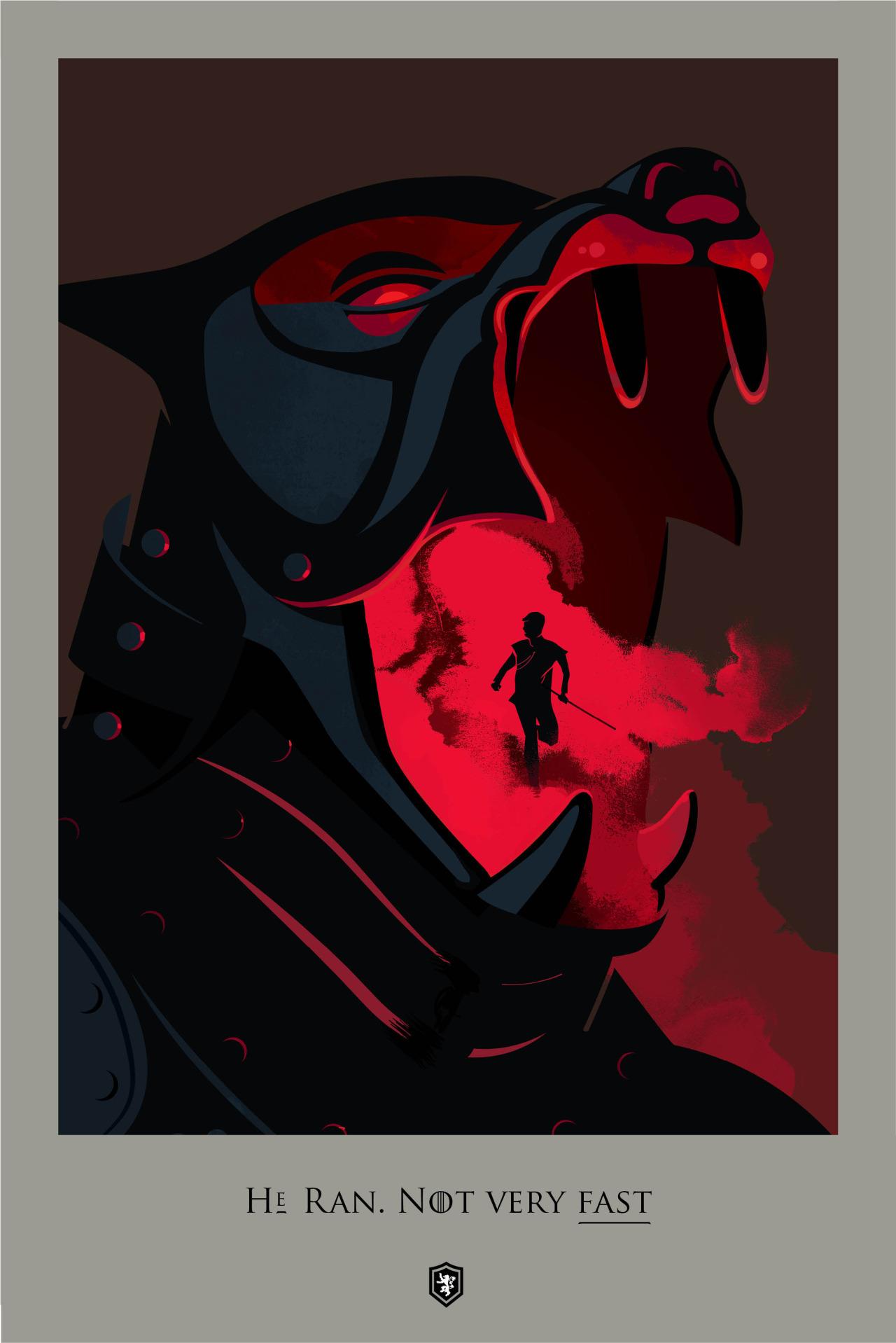 And finally, a painting of Arya Stark with her Needle, by SebastianKowoll on DeviantArt: 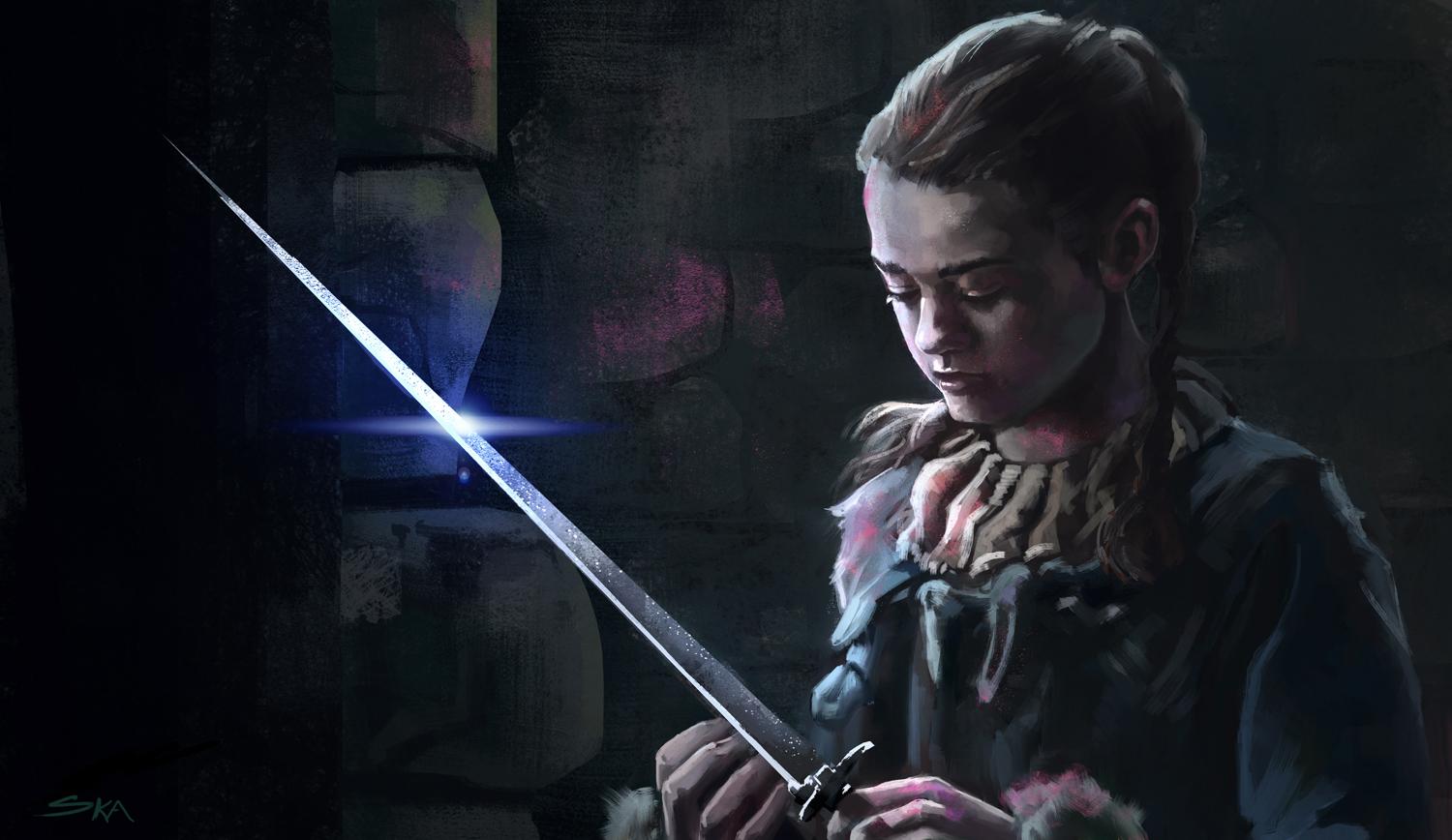 Tomorrow: In “Lord Snow,” the Kingsroad leads to the Wall and King’s Landing, as Jon becomes a recruit of the Watch and Ned meets new players in the game in the capital.