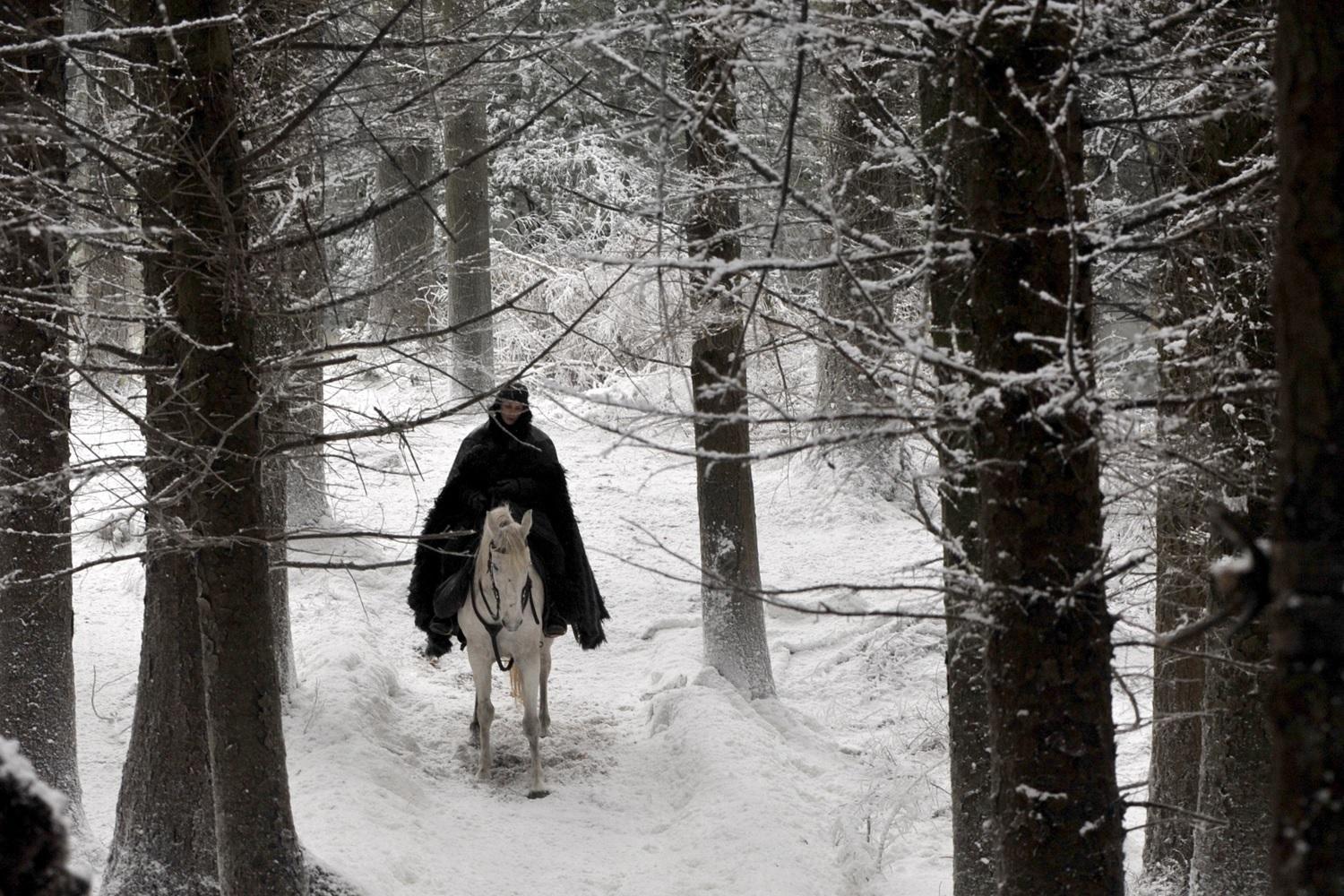 On April 17th, 2011, “Winter is Coming” aired on HBO. With the premiere of Game of Thrones, years of anticipation came to an end and a new fandom was born.

Fans of the A Song of Ice and Fire series by George R.R. Martin had speculated and gossiped about the new TV series from the moment it was announced. We discussed potential casting and followed the filming of the pilot. HBO rolled out a phenomenal promotional campaign with The Maester’s Path, and we dove into it with enthusiasm. But until we saw the first episode and breathed a sigh of relief because Damn it was actually pretty great, until that point we were still ASOIAF fans.

Thanks to “Winter is Coming,” we became Game of Thrones fans as well.

Even before we saw the full episode, viewers were treated to a tease of the premiere. In a brilliant move, the first fifteen minutes of the series debut was made available to everyone.

There have been ups and downs in the series, and we’ve seen faces arrive, become beloved to us, and be brutally dispatched. Hands have risen and fallen, wars have begun, and dragons taken flight- but in the end, it all comes back to this: the true enemy, the threat from beyond the Wall. And House Stark, at the heart of the war in the North.

HBO did not mess around when it came to introducing the masses to Game of Thrones five years ago. The show brought with it a huge cast of characters, complex family histories, and a sprawling world that needed to be introduced very quickly. With that in mind, just before the onset of season 1 HBO rolled out a series of artisan, character, and house featurettes, along with the expected teasers and trailers.

The first episode premiered and was an instant hit, though it wasn’t without its hiccups, and fans of the books had their issues. I had a few tiny nitpicks of my own. 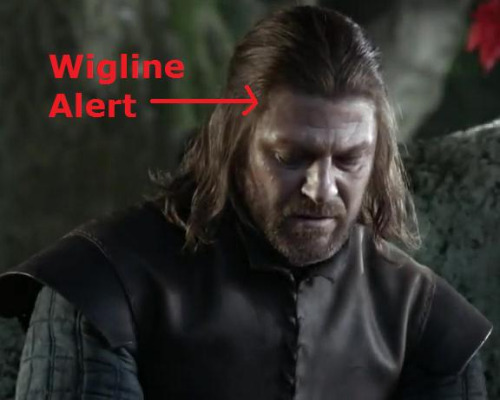 (Because when you’re friends with drag queens, there are some things you will always notice.) The wig work vastly improved over the first season and the ones to follow.

“Winter Is Coming,” written by David Benioff and D.B. Weiss and directed by Timothy Van Patten, established the style of Game of Thrones that we’ve come to know well. The mixture of complicated family dynamics and politics, with a taste of the eerie was set in place from the beginning. 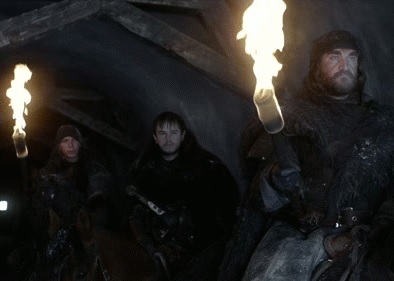 Introductions: Everyone! My god, Jon Snow is practically a fetus when he’s clean-shaven!

Episode 1 deaths: The Night’s Watchmen Gared, Will and Ser Waymar Royce. The direwolf who birthed the pups taken in by the Stark children. Jon Arryn is reported dead. Dany’s Dothraki wedding is celebrated with the usual deaths.

Shockers: Lysa’s letter accuses the Lannisters of killing Jon Arryn. Bran goes climbing and gets an eyeful of Cersei and Jaime’s incestuous activities. Jaime proves just how far he’ll go for love, and pushes Bran from the tower.

Post-premiere, Game of Thrones quickly proved to be a creative inspiration to fans. Along with fan art, people were moved to cover the show’s main theme in a variety of ways. Here’s one that debuted a couple weeks after the premiere.

The Beautiful Death series, commissioned by HBO in 2014, depicts one death per episode. Ned’s execution of the deserting Night’s Watchman Will was commemorated with this stunning piece by Robert M. Ball: 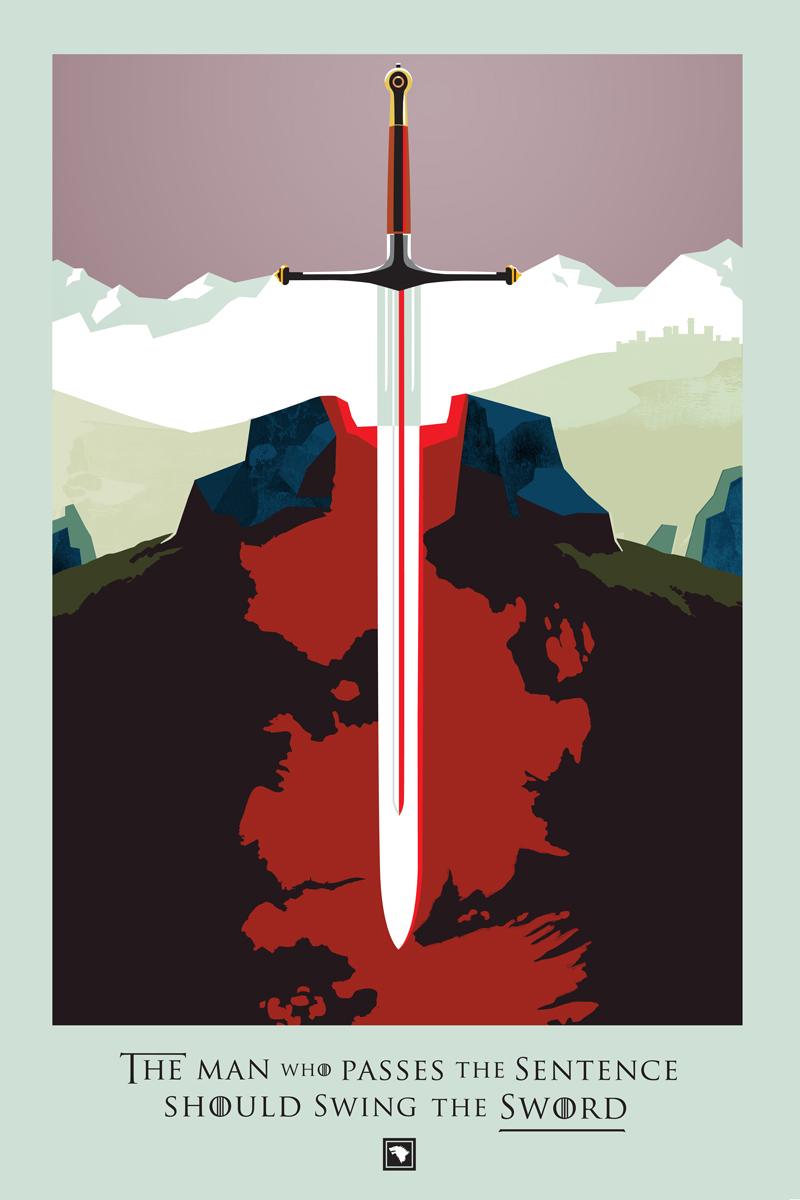 Over the next fifty days, until the premiere of Game of Thrones season 6, we’ll be sharing our memories and thoughts on one episode per day. You can look forward to rewatch reviews, pieces looking back with a fresh perspective and more.

We’ll also be live-tweeting our rewatching of “Winter Is Coming” tonight on our Twitter at @WatchersOTWall.

Here’s to fifty episodes of Game of Thrones, and to the coming season!