Game of Thrones enters the book of Guinness World Records 2016 | Watchers on the Wall | A Game of Thrones Community for Breaking News, Casting, and Commentary 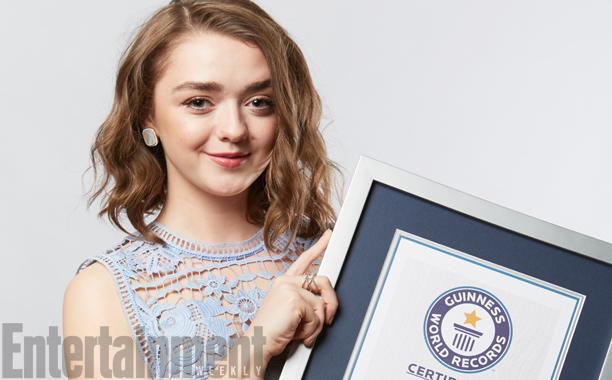 Entertainment Weekly revealed today that Game of Thrones has entered the Guinness Book of World Records 2016.  The honor was presented to the show and accepted by Maisie Williams.

As for the record, EW reports that GoT “aired the largest simultaneous broadcast of a television drama when the second episode of the most recent season was simulcast to 173 countries and territories around the world, beginning at 2 a.m. on April 20.”

It’s appropriate that Williams represented the show in this instance. The episode, titled “The House of Black and White,” heavily featured the actress in her role as Arya Stark, with her arrival at Braavos and the mysterious title location.

Game of Thrones appeared in last year’s edition as the most pirated television program in the world.

Those looking to pick up a copy of the book to check out the Game of Thrones entry for themselves, the newest edition of the Guinness World Records book will be released on September 10th.