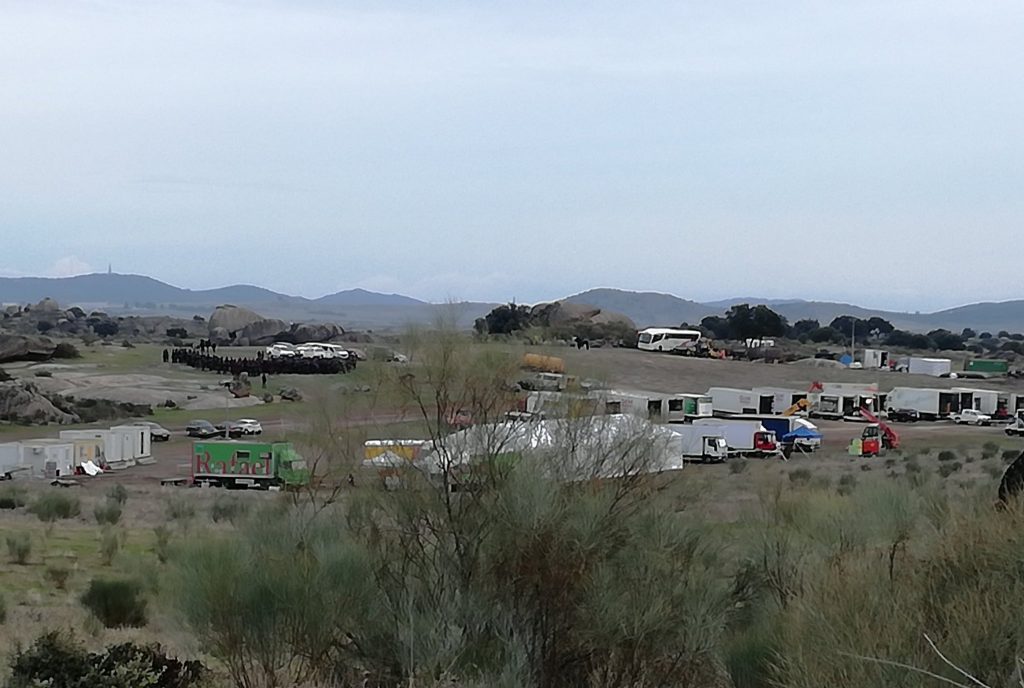 Another day, another batch of new shooting photos from the set of Game of Thrones! But Game of Thrones filming in Spain has an extra twist this year- the series is in town at the same time as another show and there’s been some confusion, as we thought might happen.

The ABC/ShondaLand production Still Star-Crossed, a Romeo and Juliet sequel set in 16th century Verona, has been shooting in Caceres over the past few months, and is still going strong. The show’s filming around Plaza de San Jorge has caused some false reports, so be aware, there’s another series filming in the city.  (Frankly, this is dredging up Grumpy Old Woman memories of the fall when Dracula Untold filmed in Northern Ireland around the same time as GoT!)  Game of Thrones will be shooting in the streets of Caceres on December 14th and 15th, in the Monumental City.

That said, we do have new images from season 7 today! Courtesy of our friends at Los Siete Reinos, showing some of the carnage at Malpartida: (Spoilers!)

Malpartida’s Los Barruecos is the setting for a showdown between Lannister soldiers and Daenerys’ legions. The photos here show the aftermath of the battle with corpses strewn around. We can see in the first photo dummies of a Dothraki warrior and a Lannister soldier, shot through with arrows. In the following images, you can see a large number of extras, some in Lannister costuming, plus horses and the occasional smoking remnants on the battlefield. 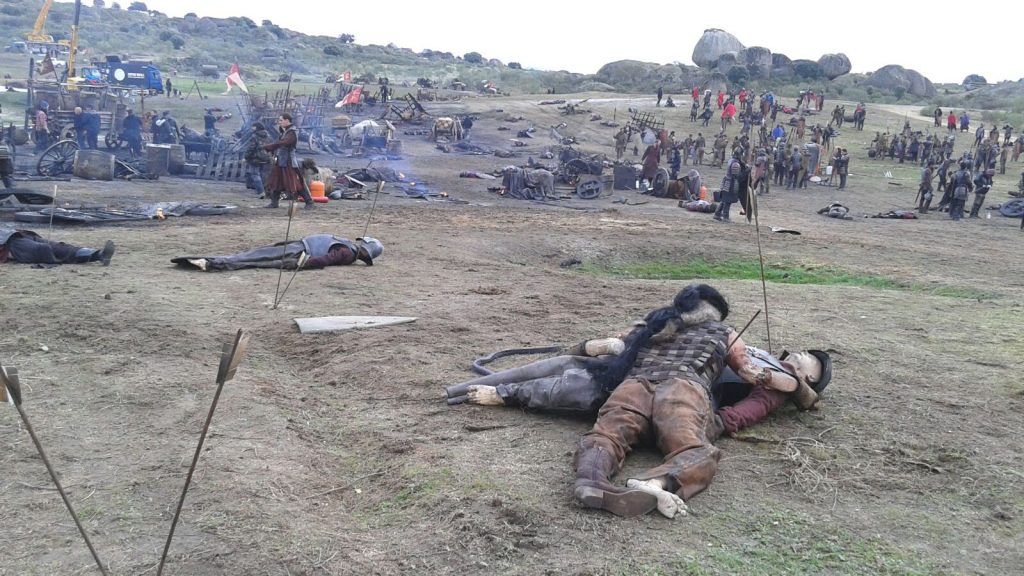 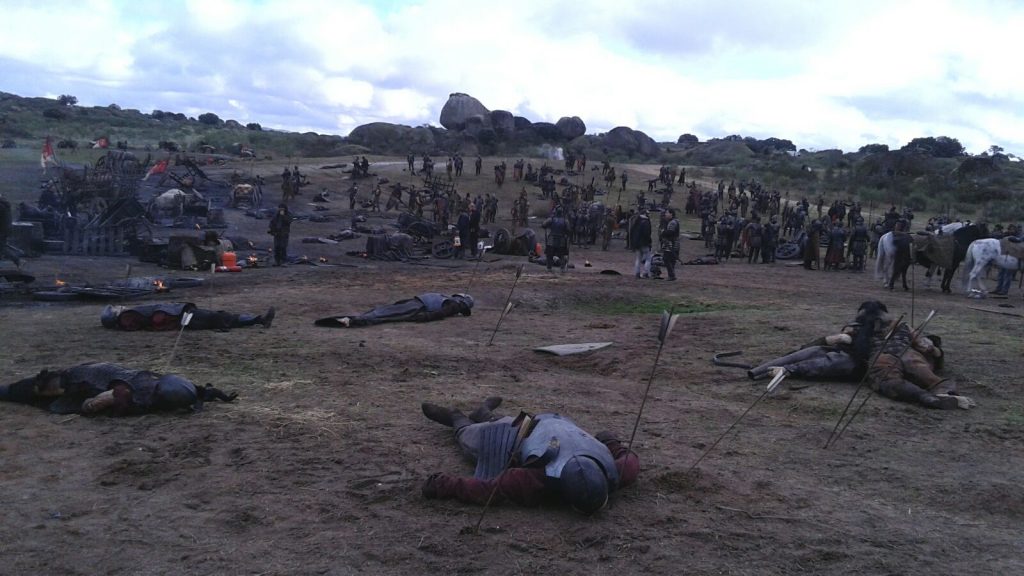 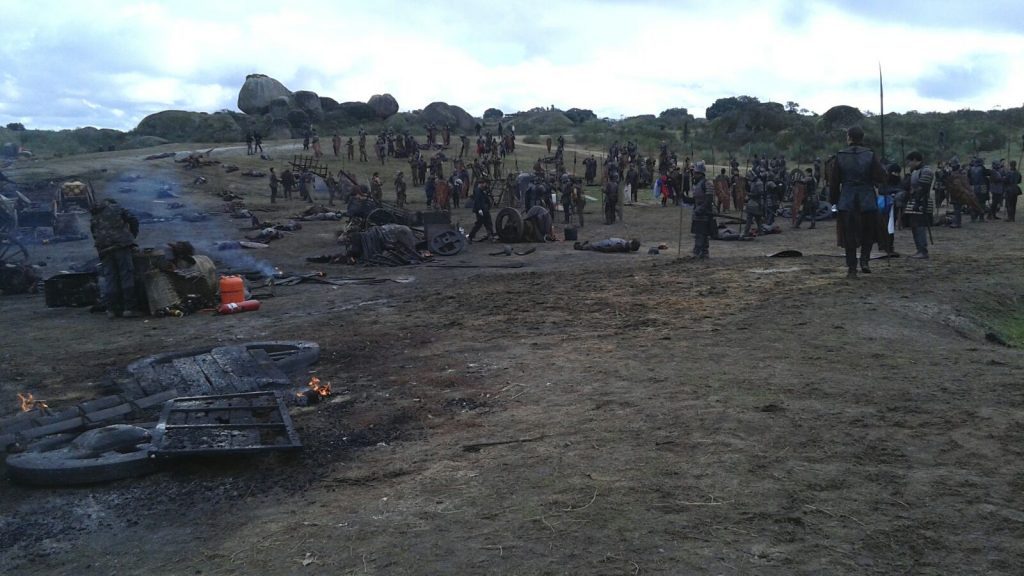 The ambush filmed in Los Barruecos is shaping up to be a significant moment in season 7, and judging from the photos, both sides will be taking major hits in battle. This is going to be brutal, and I’m really looking forward to it.