Maisie Williams was recently spotted on the set of Game of Thrones season 7, as seen in new photos published today by The Daily Mail.

The actress is fully costumed and ready to film, judging by the images. She looks quite different than the way we saw Arya Stark last in season 6, standing over Walder Frey after having just murdered him.

Since these photos are MAJOR spoilers, we’re going to tuck them entirely below the cut, and warn any Unsullied viewers to stay away!

As you’ll see in the images, Maisie is wearing a new brown leather outfit. It’s very similar in design to the one we saw on the new photos of Bella Ramsey as Lyanna Mormont, only the material is different. They have a definite Northern feel to them, and it makes sense for Arya to adopt typically masculine clothing once again, as she has in the past. Overall, she looks very clean and healthy- not at all like the desperate child on the run we’ve seen over the past several years. 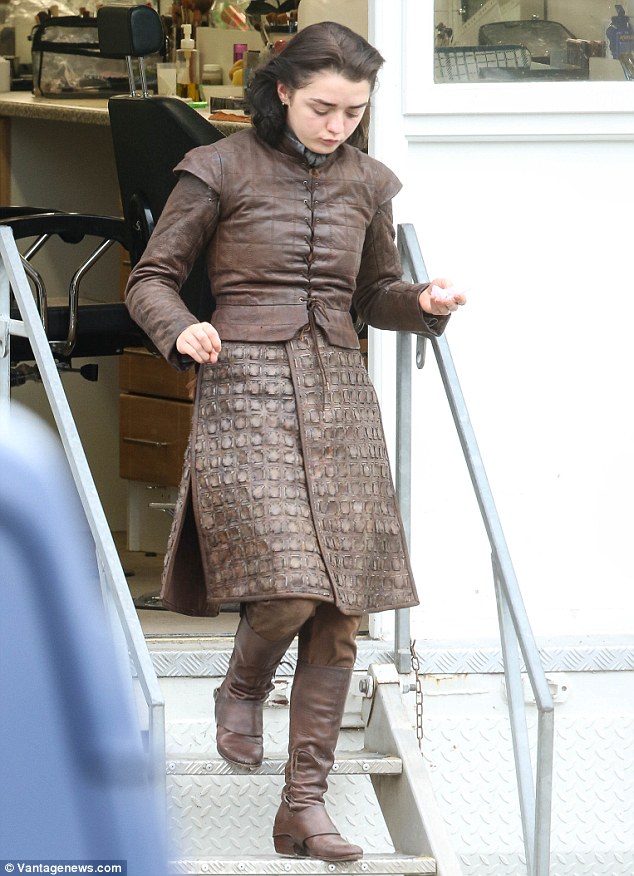 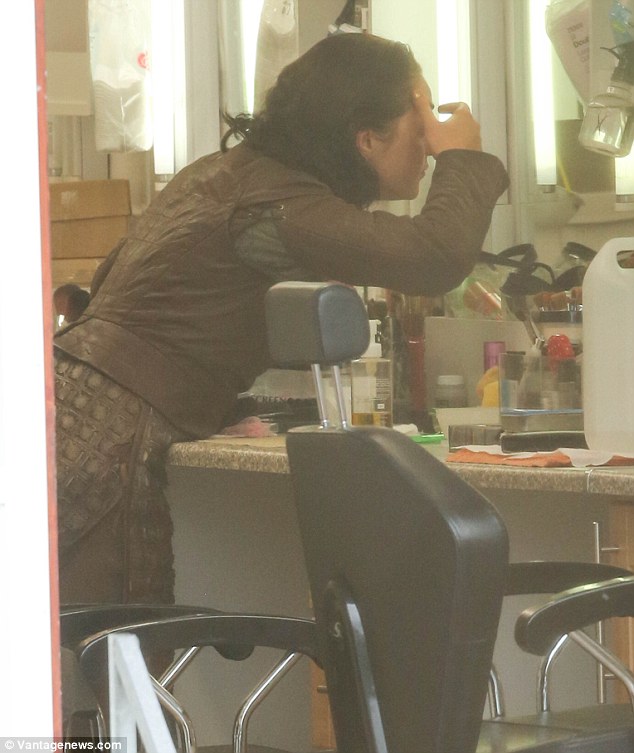 So what are we looking at here? Were these photos taken the same day as the photos that included Kit Harington and the others? I suspect they were but that hasn’t been confirmed yet. They were taken in Corbet, Northern Ireland, by Linen Mill Studios, which can handle multiple filming units at once.

Either way, it’s tremendously exciting to see Arya with a new look- although if Arya has come home to her family, will she be able to adjust to it after all she has been through?