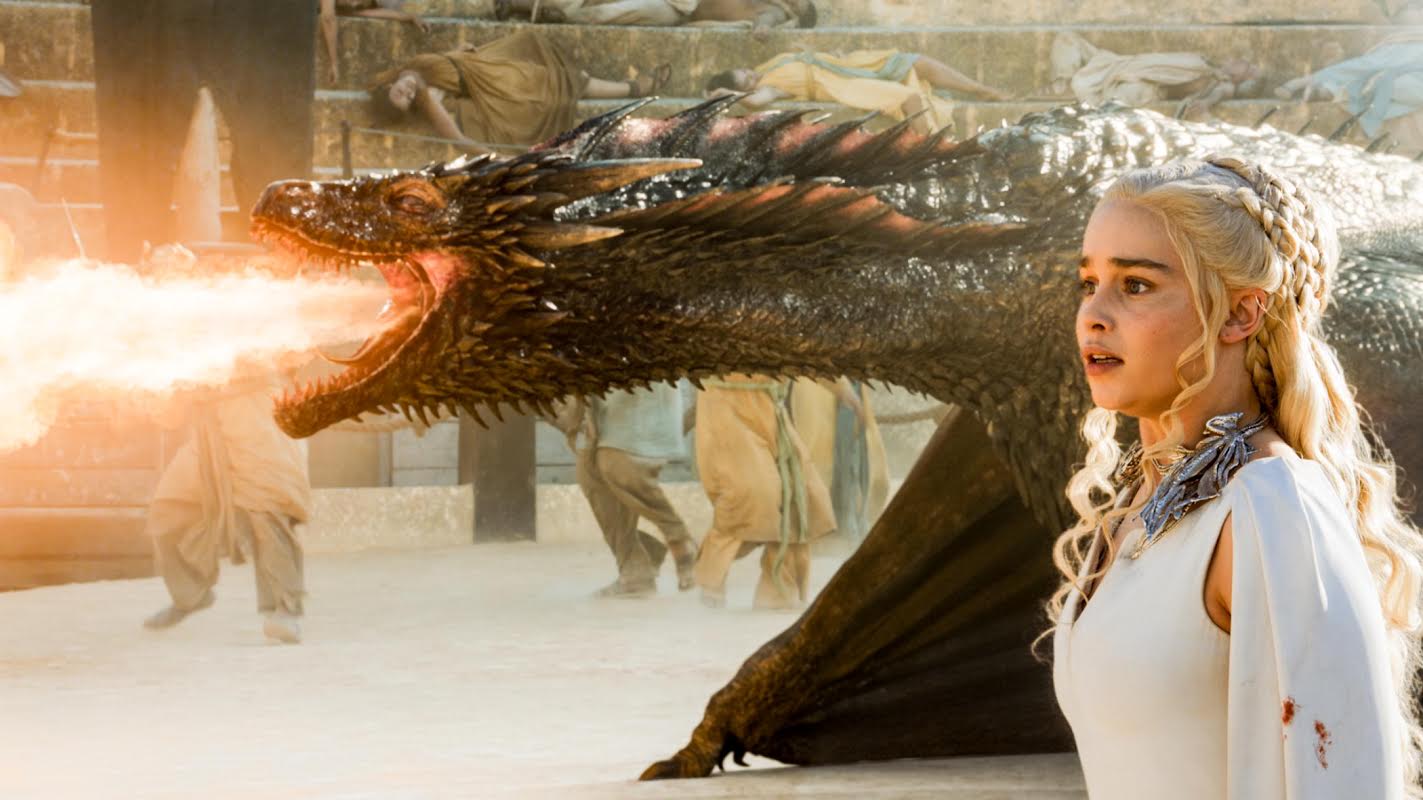 Filming for this season of Game of Thrones is drawing to a close: Though part of the cast may continue for a few weeks in Belfast, some are already done with season seven. And Emilia Clarke hasn’t been shy about it! It’s a wrap for the mother of dragons.

Emilia Clarke used her Instagram to celebrate the end of her season seven filming:

That feeling when at last you're a day away from wrapping season 7. I BELIEVE THIS ONES GONNA BE A MIND BLOWER…

With the help of an I Believe I Can Fly lip sync, Clarke announces tomorrow will be a wrap for Daenerys Targaryen and assures us season seven is “gonna be a mind blower.” It’s not clear how much of the cast —if any— will continue shooting throughout February, but as of a few days ago Titanic Studios was still brimming with activity, and cast members, such as Kristofer Hivju, have been sighted in Belfast as late as yesterday:

Met Tormund from Game of Thrones, on my way back from work, sound dude #tormundgiantsbane #GoT #gameofthrones #wildlings #tormundthunderfist #kristoferhivju #beard

We’ll have to wait and see whether Game of Thrones will use up all of this month for any remaining filming, or if perhaps the whole production is wrapping up alongside Clarke. Until we know more, we could wonder if Clarke’s choice for a celebratory song is more than an expression of her feelings. “I Believe I Can Fly”? Indeed, she can very much fly… with the help of some fancy post-production and the big dragon buck we reported on a few days ago. Emilia Clarke wasn’t spotted on the day, but now we know she filmed today and will do so again tomorrow, which strengthens our theory that she has been shooting dragon riding scenes for Daenerys’ incoming fight against her enemies.