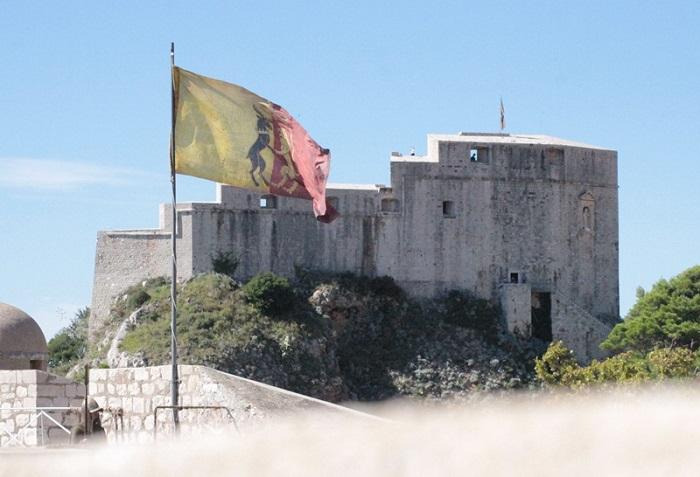 Filming began today in the Croatian city of Dubrovnik for Game of Thrones season 5.

This season, as in seasons past, the medieval city is representing King’s Landing. Today’s filming took place at the Pile Gate, which is an entrance to the Old City.

Minor spoilers below the cut.

Dubrovniknet.hr has provided some images in which we can see cast members Lena Headey, Dean-Charles Chapman, and Finn Jones, along with extras dressed as gold cloaks and Lannister men-at-arms. Interestingly, Cersei is wearing her familiar mourning gown from last season, and Loras appears to be slightly disheveled. 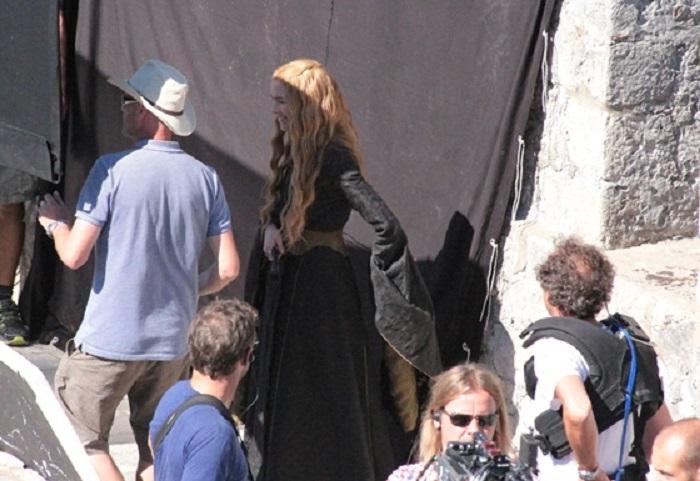 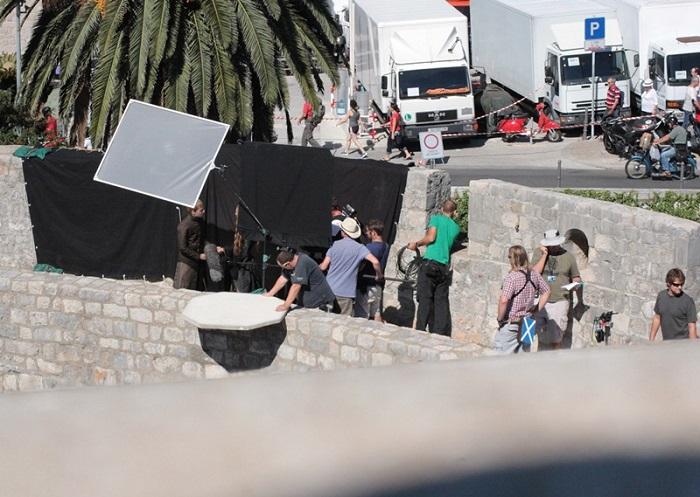 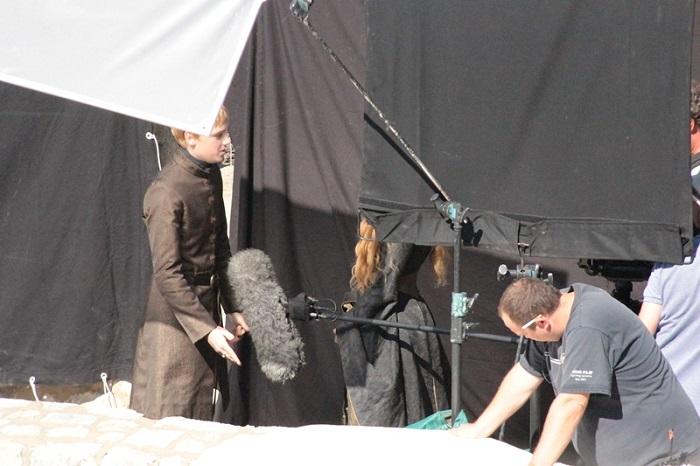 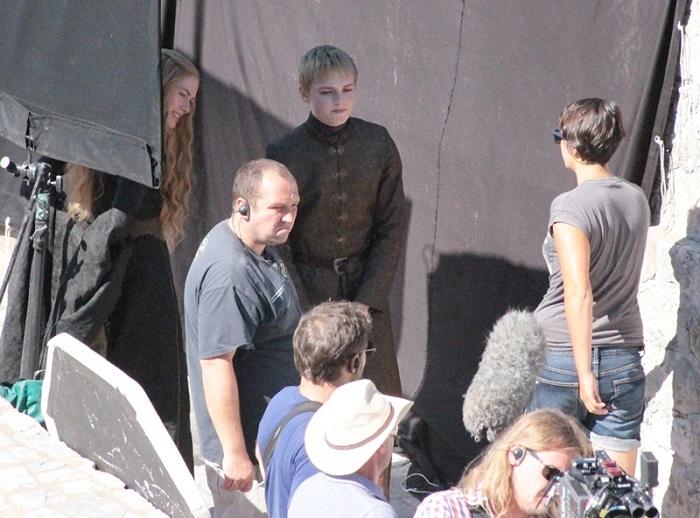 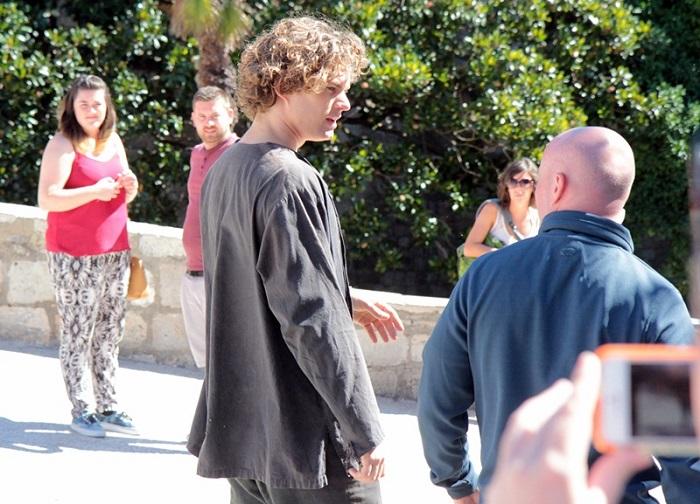 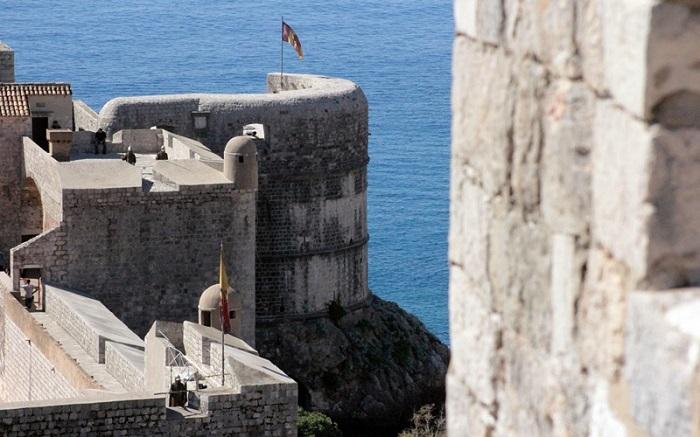 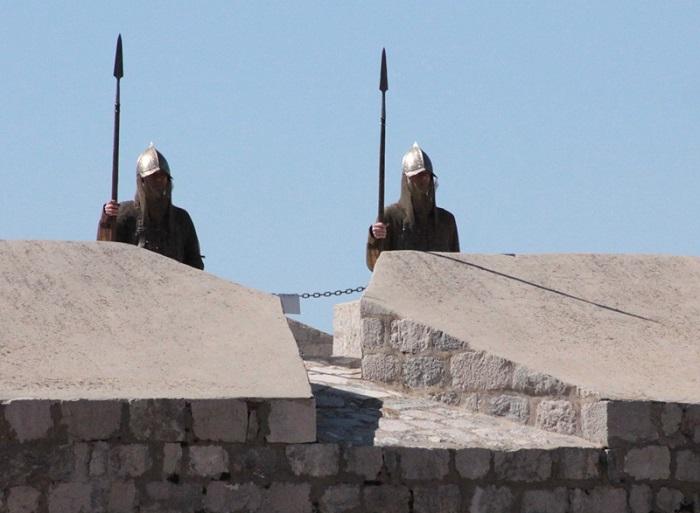 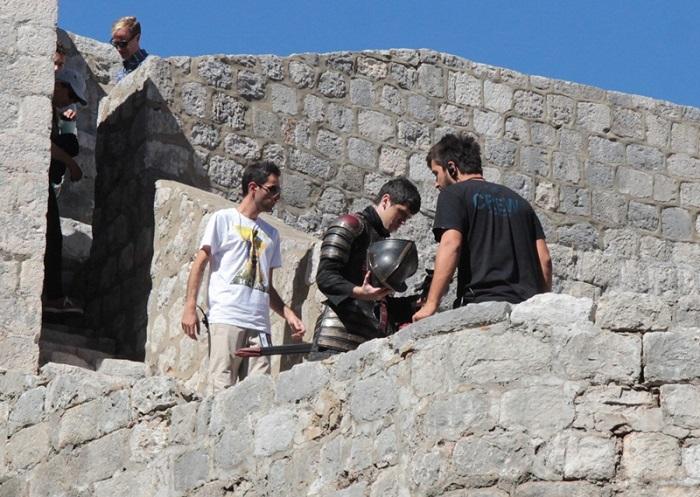 Seek New Travel also managed to get an inside look at today’s filming. They note that the men garbed in black had the Seven-Pointed Star carved into their foreheads. 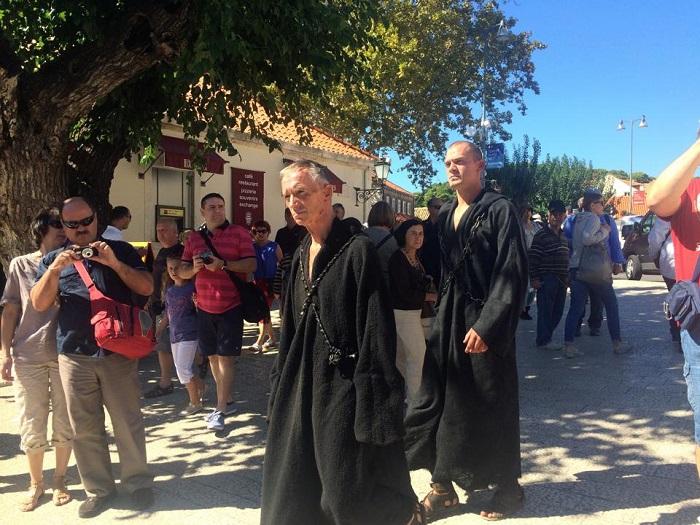 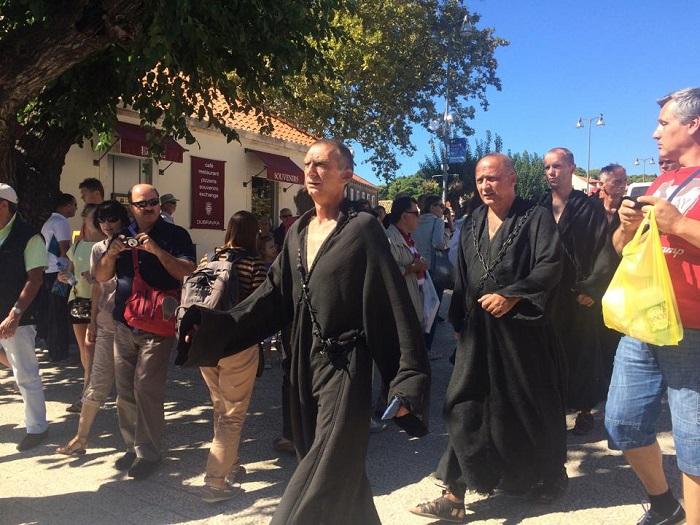 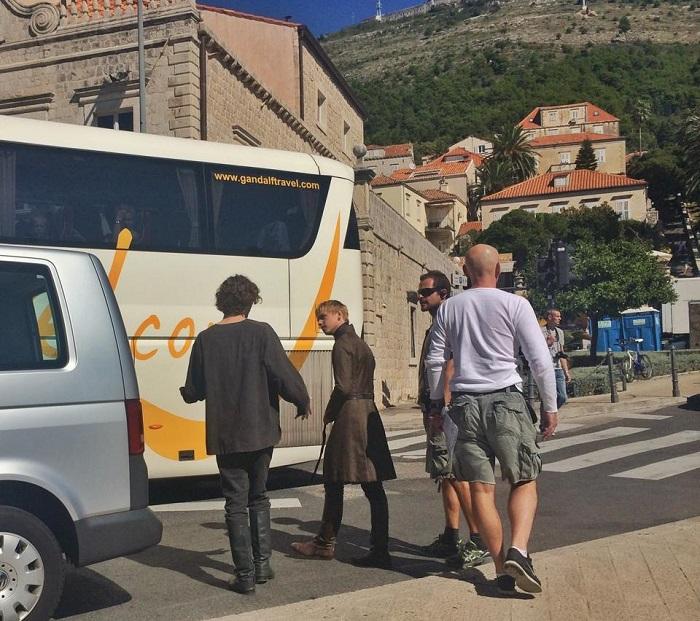 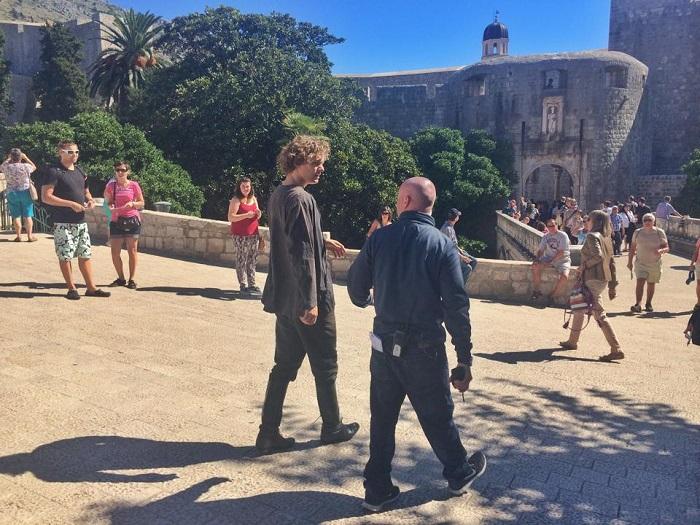 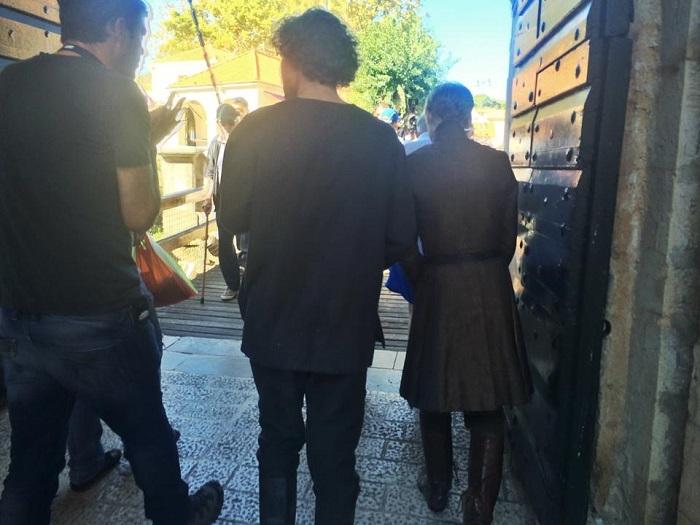 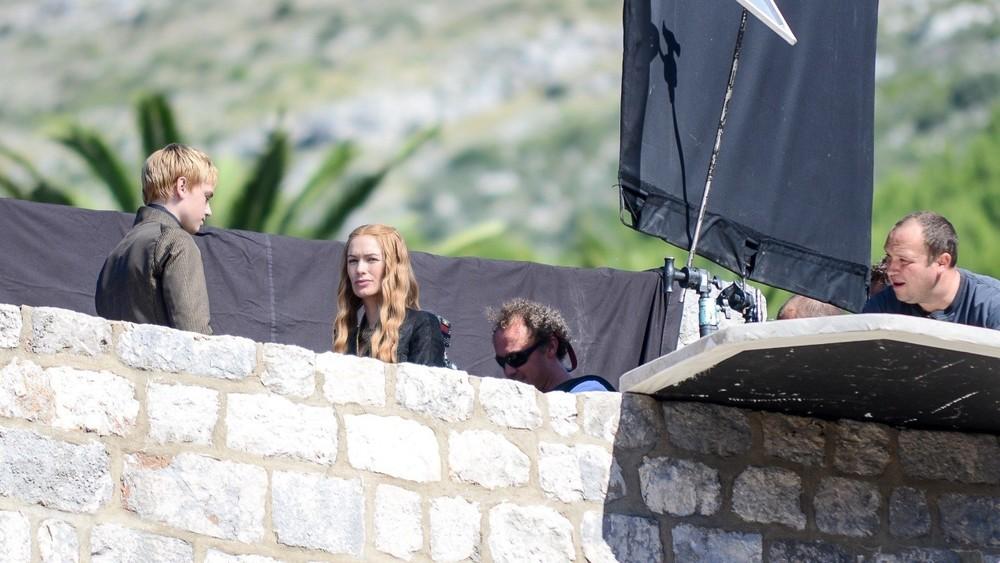 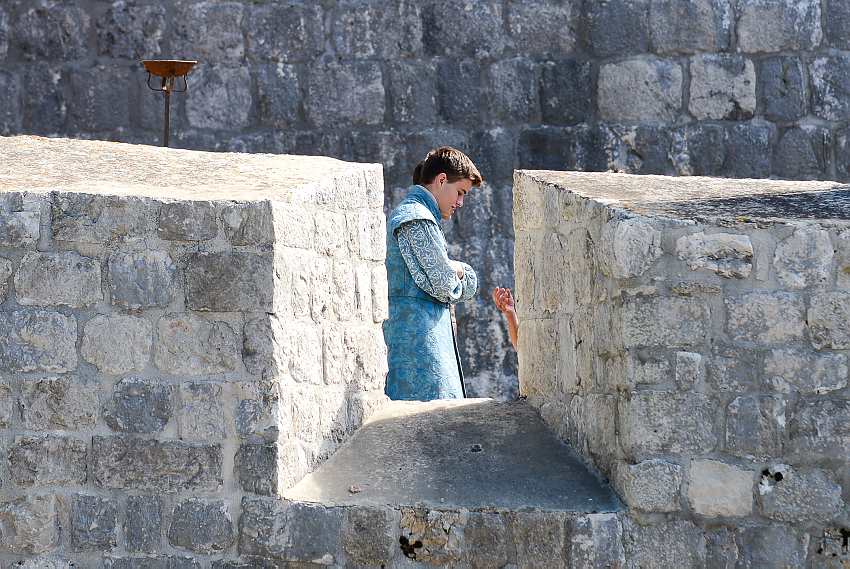 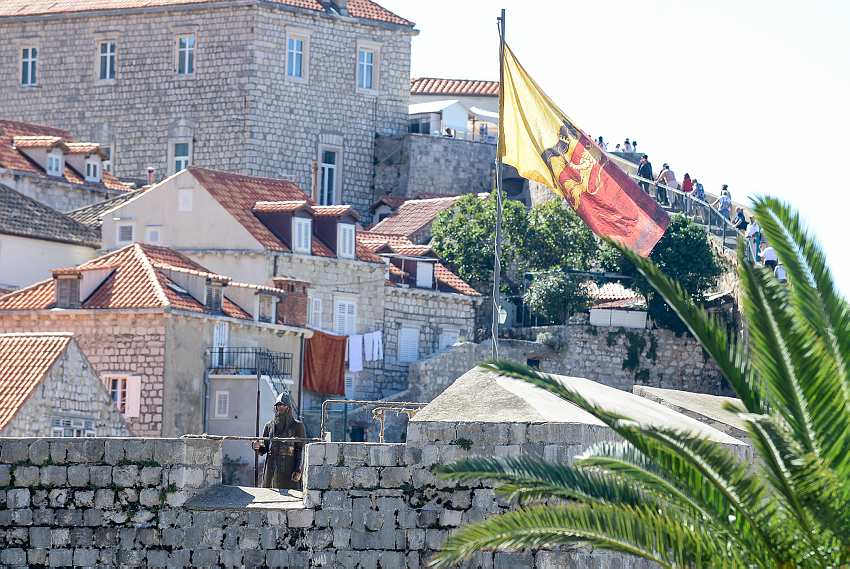 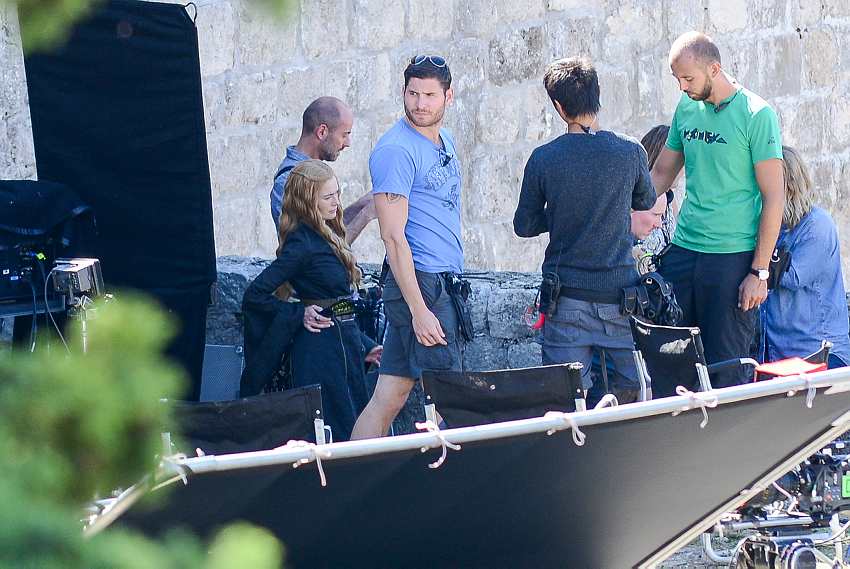 Cian: It looks like we have our Sparrows! Judging by the attire involved, could this be the morning after Tywin’s murder/Tyrion’s escape? If so, it would be an incredibly eventful day.