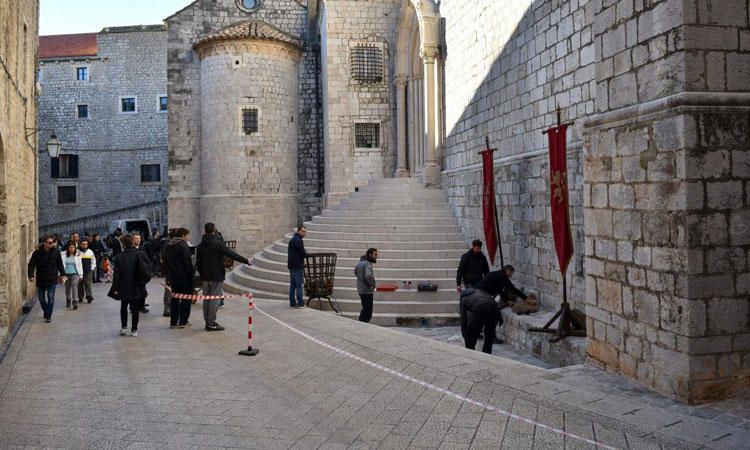 Yesterday cameras rolled with the stars of Game of Thrones in Croatia, as Lena Headey, Nikolaj Coster-Waldau and Hafthor Bjornsson filmed on the city walls of Dubrovnik. On the same day, we saw filming taking place for King’s Landing in an entirely different European city, in the rain in Cáceres, Spain. The gray skies hinted the season-ending promise that “Winter is here” would be on full display in season seven.

Today, shooting has started up again with director Jeremy Podeswa on the set in front of Dubrovnik’s Dominican Monastery. The Dubrovnik Times brings us the latest images, confirming that winter has indeed come to Westeros!

On the set, we can see a snow machine working to generate fake snow, with flurries in the air. The location in general looks to be another part of King’s Landing, with Lannister banners hanging by the monastery walls. 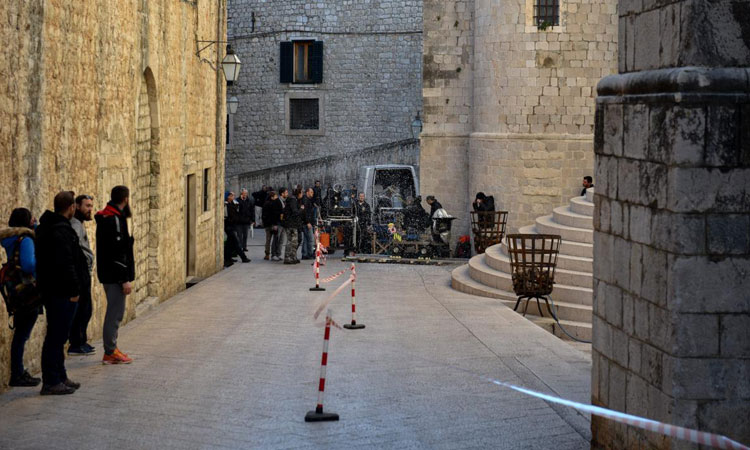 There’s a day of filming left in the city; however the Times reports the the GOT stars have already left the city, so the shooting may be like today’s, and not require any actors.

Podeswa is the director of the first and the last episode of the season, and there’s no indication yet which episode this is from. Note that we didn’t see any sign of snow during the filming yesterday on the city walls. That’s not a hard confirmation either way, but does make it seem more like this could be from the finale.