Sam Tarly Oldtown scene filmed in Spain! | Watchers on the Wall | A Game of Thrones Community for Breaking News, Casting, and Commentary

Yesterday, Game of Thrones began the Cáceres shoot with a big season seven sequence; So elaborate, in fact, that elements of the scene continued being filmed this morning. Yet that’s not all: John Bradley has been sighted preparing for an Oldtown-set scene, appropriately enough at another of their locations in the Old Town of Cáceres.

The spoilery sequence with Euron and others took them from Plaza de los Golfines to Plaza de Santa María. This morning, another segment of this celebratory procession was filmed at Arco de la Estrella and the eponymous street to which the arch leads, which in turn connects with Santa María Square, where they filmed yesterday: 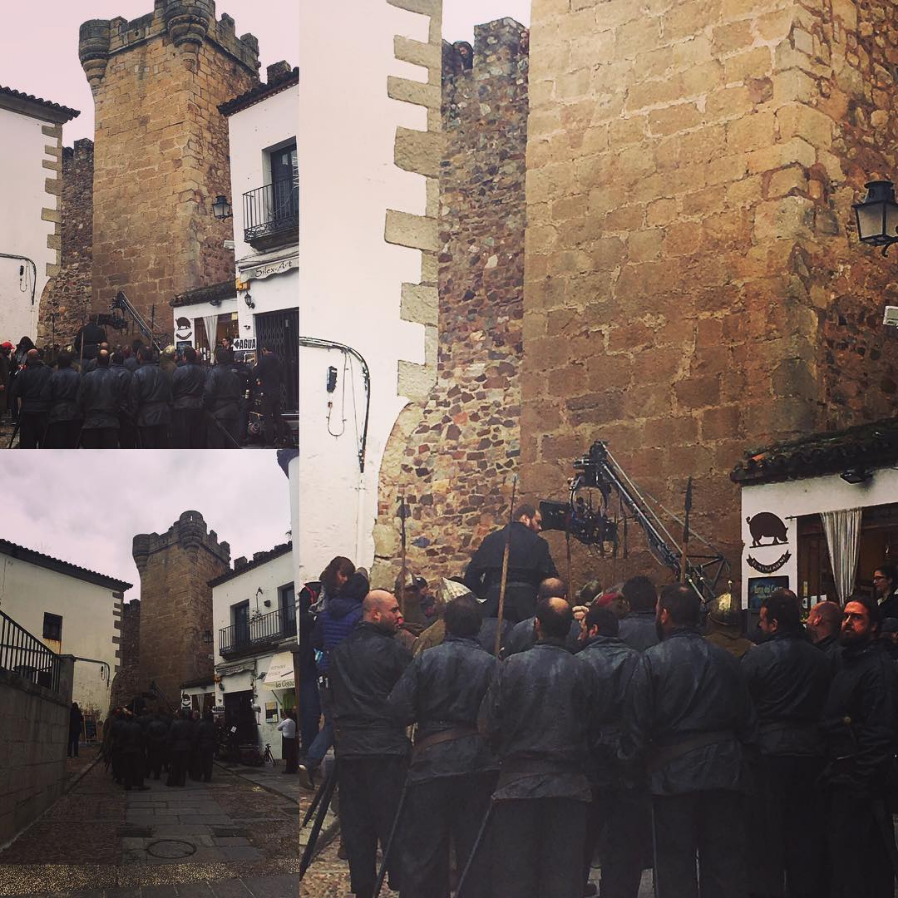 Meanwhile, John Bradley has also been sighted, and photographed by Javi Borrega:

Bradley is near the Estrella arch in the photo, but please consider he’s in fact situated at the production’s filming HQ —The legion of vans and trucks now occupying Plaza Mayor. In other words, Sam isn’t in King’s Landing —Bradley is not even filming in the picture. He is expected to film today at the Plaza de las Veletas, the only yet untouched location. We had suspected this set would be a King’s Landing marketplace and involve Davos, yet Liam Cunningham is currently in Madrid promoting the arrival of HBO in Spain.

This evening, we’ll update you on today’s shoot, the last for Game of Thrones in Spain!