David Benioff and D.B Weiss explain why they omitted Lady Stoneheart | Watchers on the Wall | A Game of Thrones Community for Breaking News, Casting, and Commentary 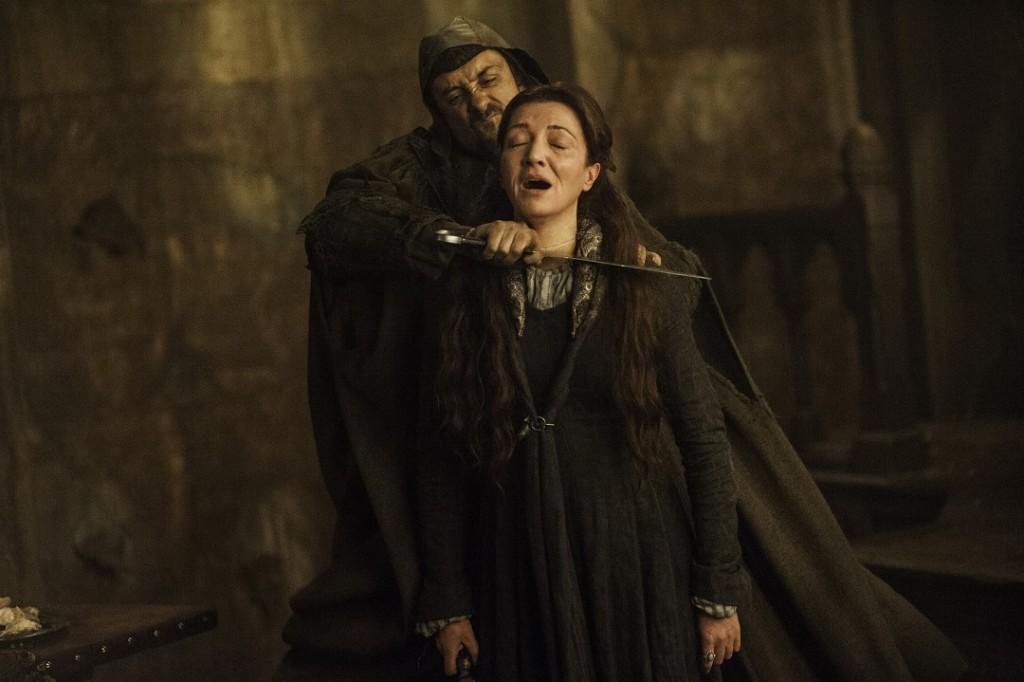 Oh, Lady Stoneheart. Her omission from Game of Thrones was one of the show’s first major departures from A Song of Ice and Fire. Now, six years on, showrunners, David Benioff and D.B. Weiss explain their thought process behind their controversial decision in James Hibberd’s upcoming book, Fire Cannot Kill a Dragon: Game of Thrones and the Untold Story of the Epic Series

In an article for Entertainment Weekly, Hibberd published interview excerpts with David Benioff, D.B. Weiss and George R.R. Martin from his upcoming book (which is available for pre-order now) that shed light on why Mother Merciless didn’t make the jump from page to screen.

According to Benioff, it was actually a fairly easy decision to make. “There was never really much debate about [including Lady Stoneheart],” he said. “There is that one great scene.”

In context, it seems the “one great scene” he’s referring to is Lady Stoneheart’s reveal at the end of A Storm of Swords (as opposed to say, Brienne’s trial, which I guess could qualify as “great,” depending on how you define the word).

Her cloak and collar hid the gash his brother’s blade had made, but her face was even worse than he remembered. The flesh had gone pudding soft in the water and turned the color of curdled milk. Half her hair was gone and the rest had turned as white and brittle as a crone’s. Beneath her ravaged scalp, her face was shredded skin and black blood where she had raked herself with her nails. But her eyes were the most terrible thing. Her eyes saw him, and they hated. – Epilogue, A Storm of Swords

“That was the only debate,” Weiss concurred. “The scene where she first shows up is one of the best ‘holy shit’ moments in the books. I think that scene is where the public response came from. But then…”

His quote trails off and, frankly, it’s unclear if there was more to his statement that Hibberd chose to leave out (or save for his book) or if Weiss intentionally left his sentence ambiguous.

However, Weiss and Benioff do make it clear that there were several concrete reasons why they decided against bringing Catelyn back after the Red Wedding, one of which had to do with the Red Wedding itself. They didn’t want to undercut the power of Catelyn’s final scene in which she barters in vain for her son’s life by simply reintroducing her back into the show.

“Catelyn’s last moment was so fantastic, and Michelle is such a great actress, to bring her back as a zombie who doesn’t speak felt like diminishing returns,” Benioff said.

They were also concerned about Catelyn’s return undercutting another character’s miraculous return from the dead.

“We knew we had Jon Snow’s resurrection coming up,” Benioff said. “Too many resurrections start to diminish the impact of characters dying. We wanted to keep our powder dry for that.”

A third explanation Benioff and Weiss provided was something related to Martin’s as of yet unrevealed plans for the character in A Song of Ice and Fire.

“Part of the reason we didn’t want to put it in had to do with things coming up in George’s books that we don’t want to spoil,” Benioff said.

Citing A Song of Ice and Fire in this particular discussion is an interesting approach to take, in my opinion, since Martin has been quite open in other interviews about disagreeing with Benioff and Weiss’s decision to write out Lady Stoneheart.

“Lady Stoneheart has a role in the books,” Martin told Hibberd. “Whether it’s sufficient or interesting enough. I think it is or I wouldn’t have put her in. One of the things I wanted to show with her is that the death she suffered changes you.”

Regardless of the reasons behind the decision, Lady Stoneheart’s omission has been the subject of debate for six years, now. I’ve given my two cents, as have others on this site. But ultimately we’re all just going to have to wait for The Winds of Winter and A Dream of Spring for Lady Stoneheart to finally return again.