George R. R. Martin on His Relationship with Game of Thrones and Showrunners | Watchers on the Wall | A Game of Thrones Community for Breaking News, Casting, and Commentary 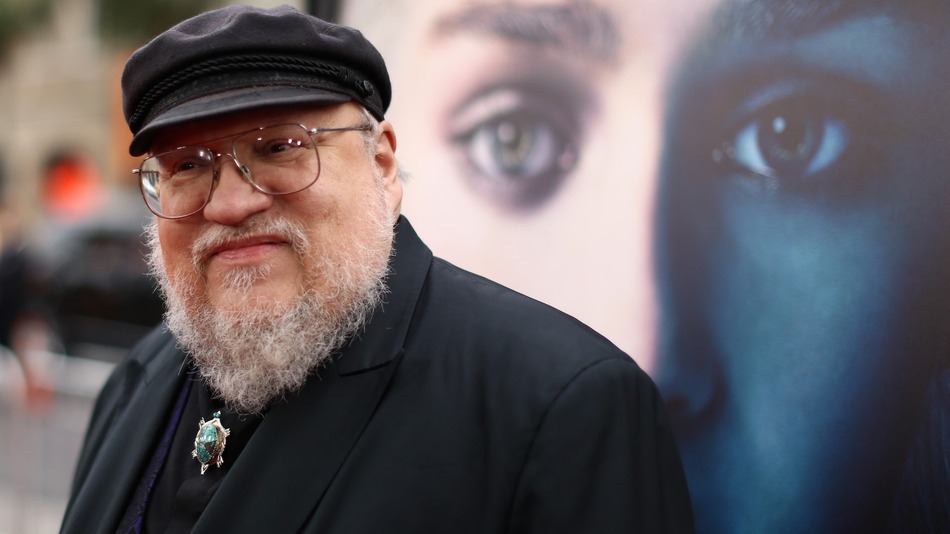 To those of you I’ve interacted with on the comment boards over the years or through my various ‘Memory Lanes,’ hello! It is I, SirSquinty. Alas, my one, true name is revealed at last. But enough about me. Onwards with George! -David Rosenblatt

In a new interview with Daniel D’Addario in TIME, the author behind this entire story, George R. R. Martin, offered up some insights into his impact on the show during its lifespan, and how fans have responded to him over the changing years.

“The show is the show and it’s developed a life of its own at this point,” George began with his oft-repeated phrase. “I am involved in the show, of course, and have been since the beginning, but my main focus has got to be the books.”

“I was living with these characters and this world for 16 years before we even started working on the show. They’re pretty fixed in my mind and I’m not going to change anything because of the show, or reaction to the show, or what fans think. I’m just still writing the story that I set out to write in the early 1990s.”

I admit that I myself frequently forget this. I’d started reading the books right around the time the showrunners David and Dan first met George. It’s interesting when you think about his dilemma to ensure the show retains as much of his original vision, but frequently branches off and does its own thing. But that’s the nature of the game when it comes to adaptations — though of course people’s reactions to that will differ wildly.

George is no stranger to controversy – When something is this popular on a global level, people will always respond differently and passionately to different aspects of the art form – it’s the beauty of art! In this case, George addressed whether he was surprised by the reaction to women suffering sexual assault in his stories:

“I don’t think the criticisms are true or apt,” the author defended himself. “I know everyone has a right to their own opinion but… whatever. I’m writing a war story, essentially — the Wars of the Roses. The Hundred Years’ War. They have “war” right in the title of each of my inspirations here. And when I read history books, rape is a part of all these wars. There’s never been a war where it wasn’t, and that includes wars that are going on today. It just seems to me that there’s something fundamentally dishonest if you write a war story and you leave that out.”

“I do a lot of book signings, and I think I have probably more women readers than male readers right now,” he claimed. “Only slightly, but it’s probably 55 percent, 45 percent, but I see women readers at things and they love my women characters. I’m very proud of the creation of Arya and Catelyn and Sansa and Brienne and Daenerys and Cersei and all of them. It’s one of the things that gives me the most satisfaction, that they’ve been so well-received as characters, especially by women readers who are often not served.”

I wonder how representative women at book signings are of the percentages of readers worldwide. Reactions to George’s depiction of his women characters has been for the most part largely positive, so it follows that he remains particularly proud of his creations, especially when people are so receptive to them: “You want the reader to care about your characters — if they don’t, then there’s no emotional involvement. But at the same time, I want my characters to be nuanced, to be gray, to be human beings.”

This is what has always separated GOT from so many other contemporary counterparts – George’s insistence that the good guy isn’t always good and the bad guy isn’t always bad. If viewers feel empty inside at the culmination of Joffrey’s wedding, and can’t quite explain why, then I’d say George has done his job (not to mention that he wrote “The Lion and the Rose,” the episode which contains the infamous Purple Wedding)! 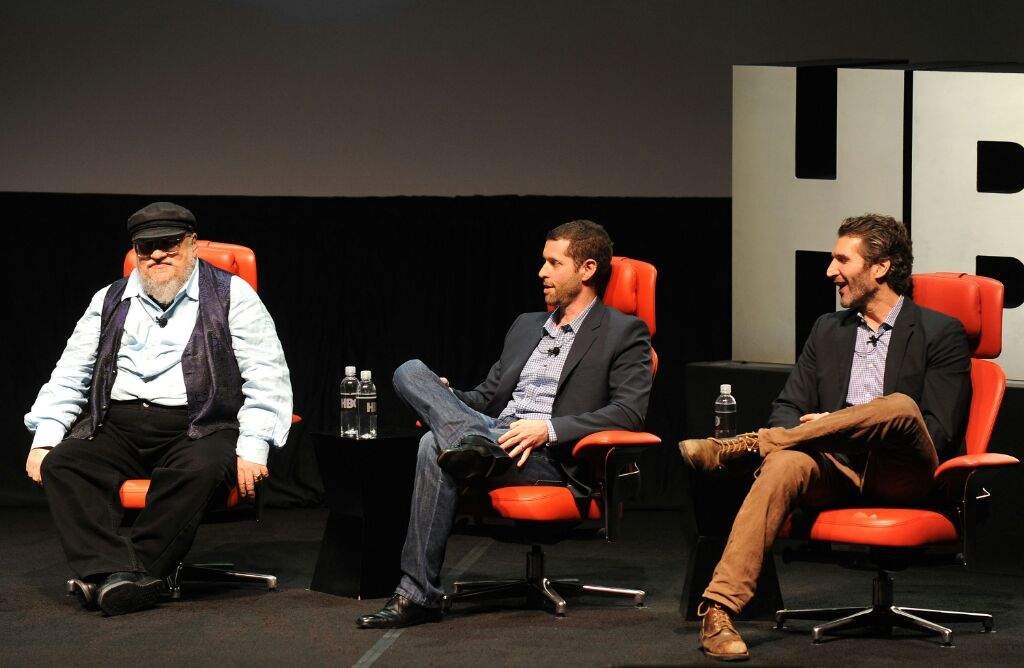 As for his developing relationship with Game of Thrones and its showrunners, David Benioff and D.B. Weiss, George offered more insight than he usually does:

“I’m a co-executive producer on the show; David and Dan are the showrunners. Right from the first, we knew that they were going to do the lion’s share of the work, but I did want to be involved. Initially, I was involved in all the casting,” George began. “And in the early seasons, I wrote one script per season. I would have gladly done more, but there just wasn’t time. I’m still trying to do these books. It takes me about a month to write a script and I didn’t have a month to spare, so I said, I think I’ll sit out season 5. I’ve sat out seasons 6 and 7 too, just trying to concentrate on this book, which as you know is massively late . So in that sense, my involvement in the show has diminished over time, though, I’m still here whenever they want to talk to me, and I’m always glad to weigh in. David and Dan have come to Santa Fe and we’ve discussed many of the ultimate developments, those landmarks that I spoke to at the end of the road that we’re both driving for. So I don’t need to be quite as involved as I was at the beginning.”

George’s willingness to pull back his level of involvement is commendable for an author. The level of trust he puts in David and Dan is incredible, given his lack of a final say over the product. Many authors will want total and complete control over their work, but George, having worked in TV in the past, understands the limitations of adaptations… which brings us to his biggest regret on what the show left out of his books.

As an element excised from the show, it’s nothing that will ever affect it, but it goes without saying that this is a large book spoiler for those of you who are Unsullied, those who have not read the ASOIAF novels on which Game of Thrones is based. However, I have modified Martin’s words to make them as spoiler-free as possible. Still, if you don’t want even a hint of book spoilers, do NOT read ahead. You have been warned!

“I think one of the biggest [changes] would probably be when they made the decision not to bring […] Lady Stoneheart. That was probably the first major diversion of the show from the books and, you know, I argued against that, and David and Dan made that decision,” Martin explained. “[They] made a decision not to go in that direction in their story, pursuing other threads. But both of them are equally valid, I think, because [she] is a fictional character and she doesn’t exist. You can tell either story about her.”

Was I upset when this never happened on screen at the end of season 3, then 4, then even 5? Yes, alongside many readers, of course I was. But you know what? I’ve come to accept it and even embrace it. The show has found other ways to drive the ‘vengeance’ motif and I think on the whole the story is better for it. Shoving every little plot detail on screen from books that were once thought ‘unfilmable’ does not make it a more ‘accurate’ show. It just makes it a longer one… and longer does not always mean better (for further reference, see the overly faithful ‘The Hobbit,’ parts 1, 2, and 3…) To be honest, it would be nice if all book fans could be as reasonable about it as the author, who believes both choices regarding this character were “equally valid.”

Read the entire interview if you want more about his improvisational writing style, historical and political parallels, how the adaptation came about, and his future projects.