Daenerys Targaryen: All Dressed Up With No Place To Go | Watchers on the Wall | A Game of Thrones Community for Breaking News, Casting, and Commentary 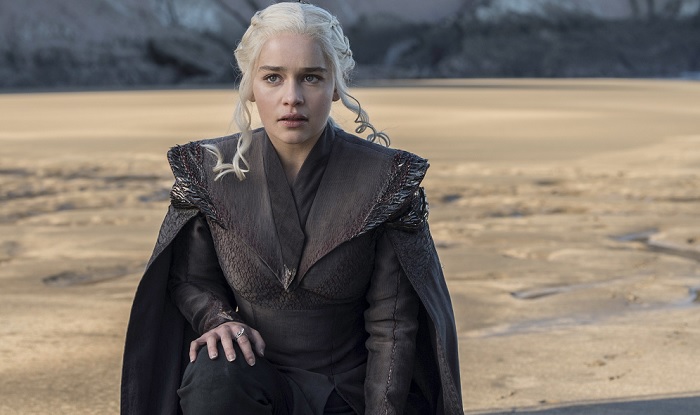 “Shall we begin?” – Daenerys Targaryen

With three words, the Mad King’s daughter Daenerys began her plan to reclaim the Iron Throne.

Her campaign in Westeros has been something that viewers of HBO’s Game of Thrones have been expecting ever since she emerged from her husband Drogo’s funeral pyre with three newborn dragons. For six seasons, she wandered around Essos as an exile, but as an exile growing in power. Along with her dragons, she acquired the stoic Unsullied infantry, spent some time getting first-hand experience in ruling, and secured the fervent loyalty of the saddled-for-battle Dothraki.

At the end of the sixth season, with her combined forces being borne west by ships from her Westerosi supporters (and a captured slaver fleet) it certainly appeared that Daenerys would be following in the steps of her ancestor Aegon the Conqueror:

It’s not a bad time to invade Westeros. King Robert Baratheon’s death and the aftermath of the War of the Five Kings has left the realm fractured, with the only person claiming overlordship of the Seven Kingdoms having low popularity and a dubious claim to the throne. 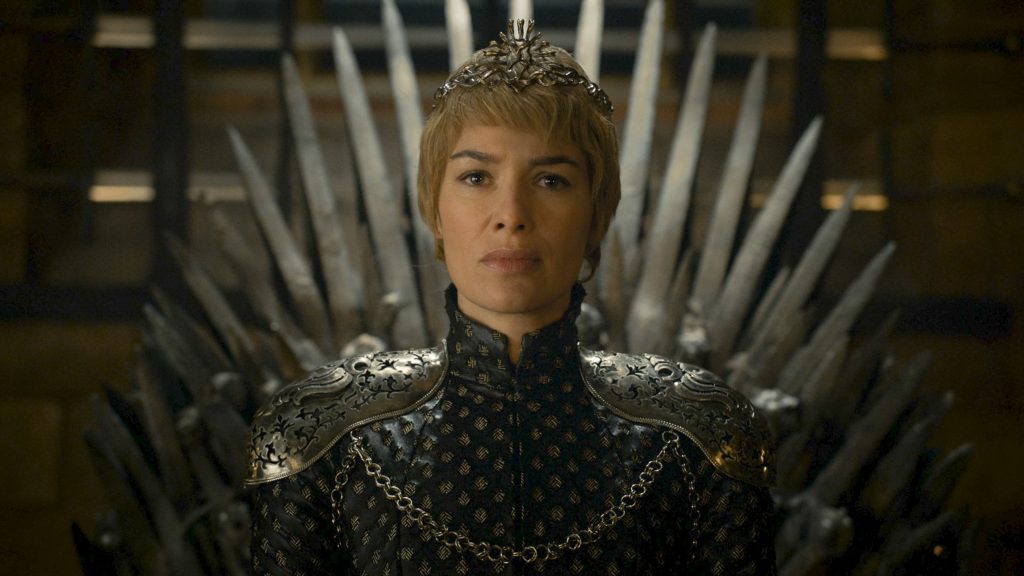 Cersei: Well, I’m sitting on it. Seems reasonable to me.
Qyburn: Quite reasonable, your grace.

Despite Cersei’s low numbers in smallfolk polling, the Lannister lioness is the queen that Dany needs to beat if she wants to be taken seriously.

We can assume Cersei has the loyalty of the Kingdom of the West (it’s the Lannisters’ home turf after all), as well as control of the Crownlands that contains King’s Landing and extends east along Blackwater Bay. The Lannisters might not have the love of the people of the Riverlands but they control strategic assets throughout, and we can assume after Stannis Baratheon lost most of his forces at the battle of Blackwater, that the lords of the Stormlands agreed to bend the knee or were replaced with more Lannister-friendly lordlings. (Otherwise Stannis would have registered the Stormlands as an asset on the Iron Bank’s loan application forms.)

Neither queen has the support of the North, or (considering Lord Royce’s recently-stated opinion of both the Lannisters and the Targaryens) support from the Vale of Arryn. Both Cersei and Dany have a working relationship with their own respective Greyjoy from the Iron Islands. 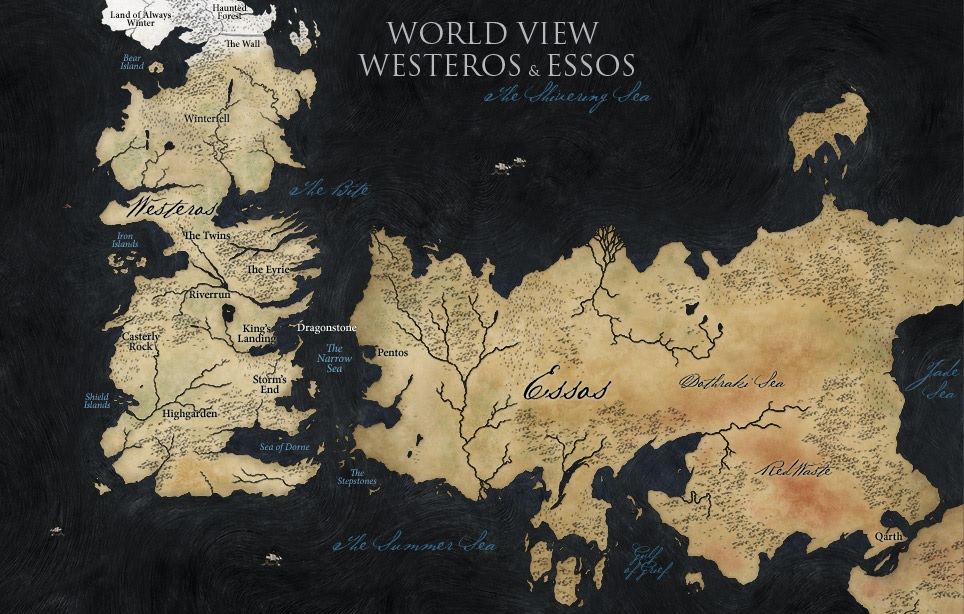 Dany enjoys support from Olenna Tyrell of Highgarden and the presumed ruler of Dorne, Ellaria Sand, but this support is qualified at best. Neither of these women are all that invested in Daenerys successfully taking charge of the Seven Kingdoms. Their primary objective is the destruction of the Lannisters, Cersei in particular.

Their advice to Dany reflects their priorities: the young Targaryen should launch a full-on assault on King’s Landing. At once.

Daenerys would prefer not to live up to her reputation as the Mad King’s daughter (a rep she’d contributed to with collective punishment in Meereen and the occasional mass burning throughout Essos.) She has stated her reluctance to be the queen of ashes.

That language is evocative of the fairy-tale heroine Cinderella, so-named for being filthy from cleaning the ashy hearths. Dany’s situation is reminiscent of Cinderella’s: she has every right to go to the ball (or in this case, to exercise her claim to the throne) she’s all dressed for the occasion, but wicked people insist on being in her way. 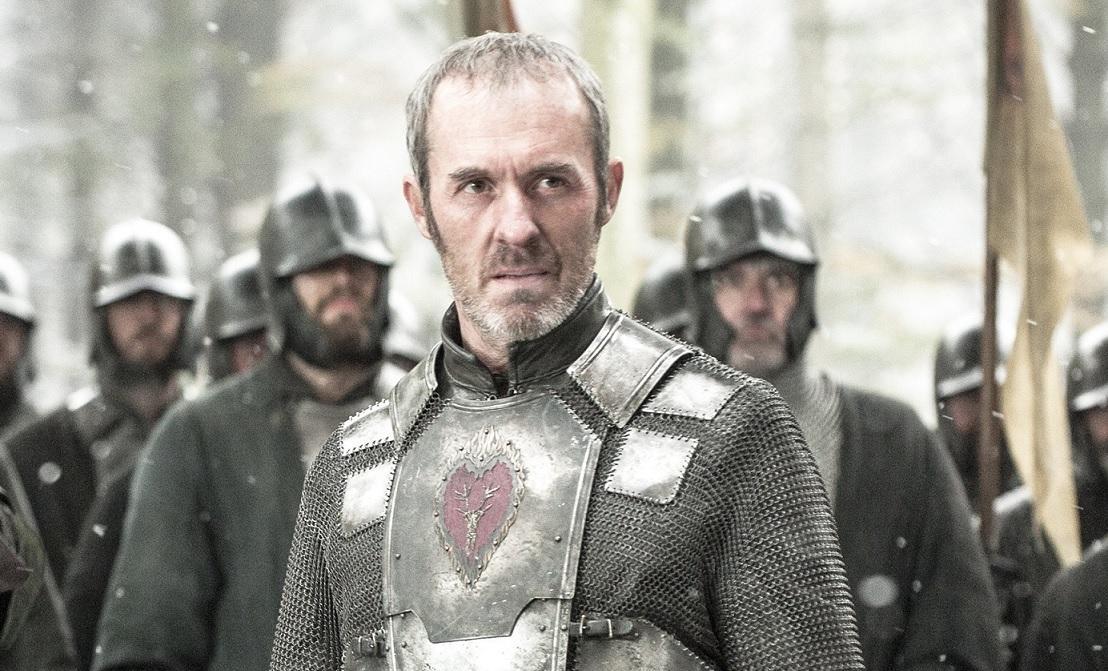 Stannis: Renly would be the wicked step-sister in my version.

In Dany’s version though, the fairy godmother is urging Cinderella to burn down the palace. Rather than committing to that extreme, Daenerys plans to weaken Cersei’s power politically with limited military action. The initial plan (before Euron intervened) was to isolate Cersei in King’s Landing with a Dornish-launched siege, and to take possession of the Lannister symbolic seat of power: Casterly Rock.

Brooding at Dragonstone, hoping that the lords of Westeros will recognize her claim, Dany begins to resemble not so much Aegon the Conqueror but Stannis Baratheon. He also had few friends on the mainland, a bad reputation, and tried to play a more political game first.

Stannis: Good news, you clowns. I get to be your king now. You’re welcome.
Lords of Westeros: LOL no. You act like we’ve never met you, Stannis.

Any ravens that Dany sends will probably get a similar response.

Daenerys: Hi! Everyone should agree that I’m the queen. The next five ravens I send will have all of my titles, I didn’t want to bury the lede.
Lords of Westeros: LOL no. We knew your dad.
Daenerys: But I haven’t even launched an attack with my Dothraki or burned anyone yet!
Cersei: Please don’t ever stop talking.

The Stannis comparison is not too far off base. Like the teeth-grinding Baratheon’s ships, Dany’s naval forces designated for bringing troops to King’s Landing have not fared well. And she currently has Stannis’s religious advisor Melisandre on-site preaching the Lord of Light gospel. (Daenerys has previous experience with bonfires and human sacrifice.)

Dany isn’t quite in the desperate straits that Stannis found himself in after his great loss in trying to assault the capital. She still has a large army of specialized forces, including flying weapons of mass destruction. She couldn’t have obligated all of her ships to the Dornish ferrying operation or Grey Worm’s planned assault on Casterly Rock. If the lords of Westeros are not receptive to her claims, should she want to bring the Dothraki over to engage in wholesale chevauchée, she could.

But does she want to do that? 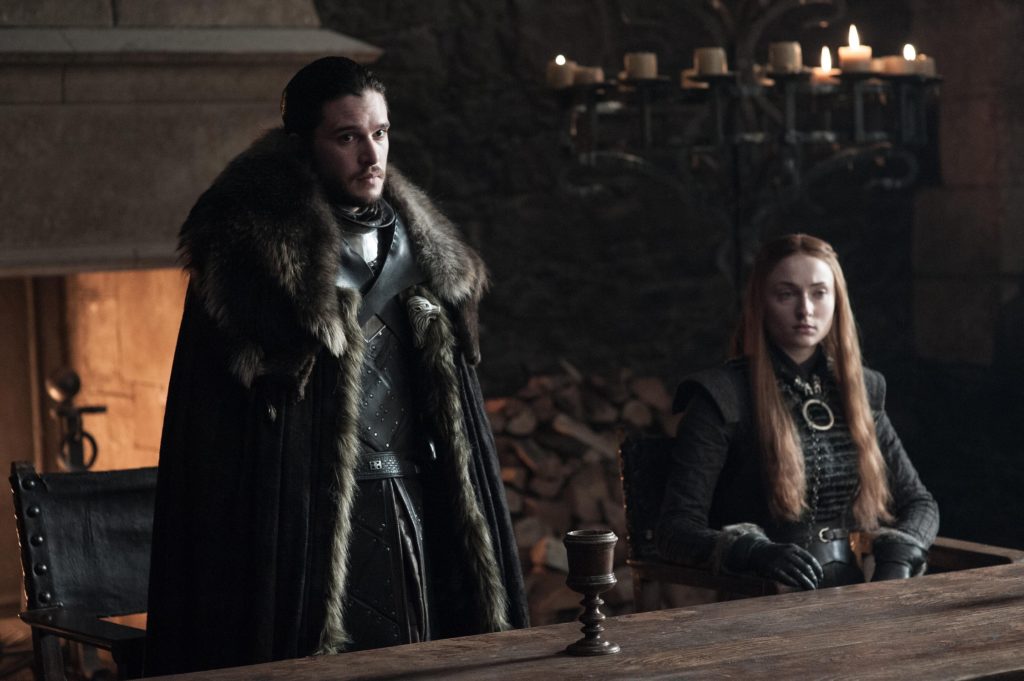 Whatever she does, she’ll need to do something soon. The Unsullied are probably willing to remain on guard and await further orders, indefinitely, but those dragons need to eat and her Dothraki probably don’t want to be staying in one place, on a relatively small island, for very long.

If Dany is ultimately unwilling to commit atrocities in the land she wants to rule, but still wants to assert her claim as monarch of the Seven Kingdoms, she does have an option. Like Stannis Baratheon before her, she can go north.

Jon Snow has already opened the door to the possibility of the Targaryen army, and particularly the Targaryen dragons, being employed to assist the northmen in the war to come against the wights and the White Walkers. Melisandre saw in her flames a vision of a great war in the snow and ice, this vision guided Stannis north to the Wall in time to foil a massive invasion of wildlings. All things considered, it might have been better had Stannis not blunted this migration of living, breathing Free Folk, since it’s quite probable that every wildling unable to make it safely past the Wall will do so as a thrall to the Night’s King.

Stannis: You’re welcome. But “your grace” is the appropriate address. I’ll not remind you again.

I recommend that she plans to dress warmly.