CCXP highlights: Maisie Williams, John Bradley, and Weiss & Benioff look back on a decade of Thrones and tease Season 8 | Watchers on the Wall | A Game of Thrones Community for Breaking News, Casting, and Commentary 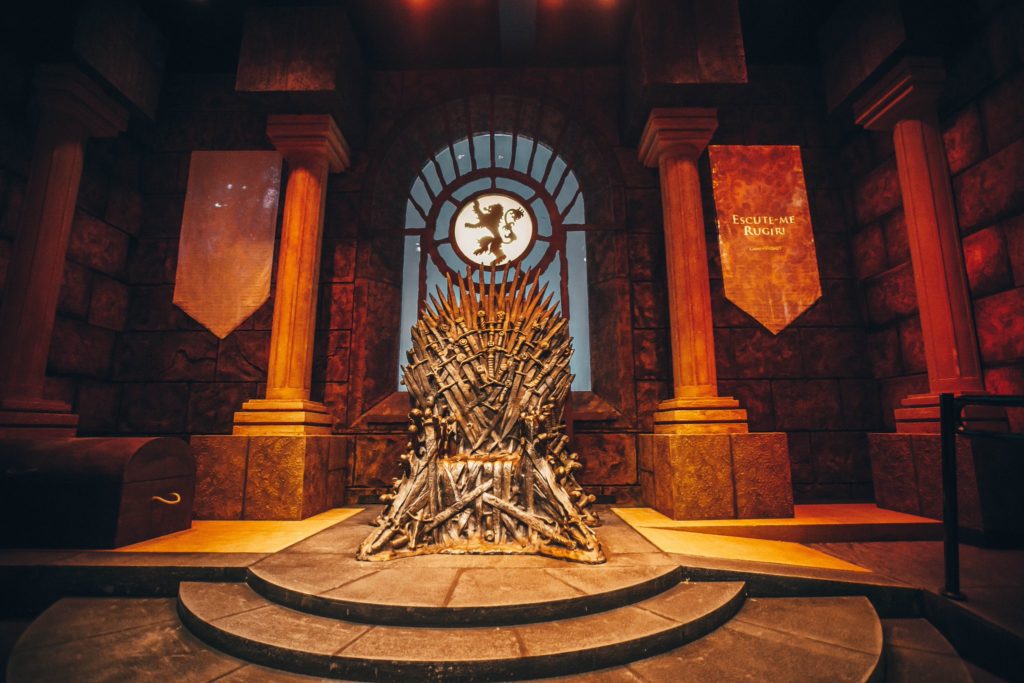 Brazil Comic Con (CCXP) in Sao Paulo, Brazil, is in its final day, but the weekend left behind some wonderful interview moments from showrunners David Benioff and D.B. Weiss, Maisie Williams (Arya Stark) and John Bradley (Samwell Tarly). While nothing truly spoilery was revealed, it was nice to see the promotion and publicity continue to ramp up ahead of the eighth and final season, especially on the heels of the visually stunning teaser trailer released on Friday — and Williams did drop a tantalizing sentence or two about the “most exciting moment” for Arya.

Making Game of Thrones and the show’s official Twitter account followed all of the news and interviews coming out of CCXP, including this endearing side-by-side of Williams and Bradley taking their turns on the Iron Throne:

Both actors were blown away by the enthusiasm for Game of Thrones, with Williams saying that the fan reception was “wild.”

“I’ve never come to South America before. I’m on the other side of the planet, and here there are still people who know who I am and appreciate what I do,” she told Making Game of Thrones on Thursday. “It’s just overwhelming.”

Bradley, who was also visiting South America for the first time, agreed, noting that the show’s “global reach” is incredible.

“I knew the show was very popular here, and to experience it first-hand is so exciting, especially since we shoot the show in Europe, which feels kind of close to home for us,” he said. “It’s amazing to be here with people who watch the show and are as invested in it and passionate about it as people back at home.”

Also on Thursday, Williams and Bradley sat down for a Facebook live interview with HBO Brasil, which resulted in some great insights into how they view their characters, the show’s evolution and more.

One of the viewer-submitted questions asked Williams how she would like Arya to be remembered; she noted that there’s been “an increase in strong, rebellious female characters in television,” and to be remembered as one of the originals “would be pretty cool.”

Bradley noted that the show has “shrunk the world” in the sense that it’s become a “global community of fandom,” and that “everyone [on the show] does their job to the highest possible standard.”

Williams also touched on lessons about female empowerment she’s learned through portraying Arya, and Bradley discussed Sam’s transition from a secondary character to a main one. The entire video is great and only about 15 minutes long, so I highly recommend taking some time to watch it in its entirety:

On Friday, Benioff, Weiss, Williams and Bradley were the guests of honor at the series’ panel, where they talked about everything from casting to personal stories and favorite memories from the last eight years.

Making Game of Thrones again followed the action, posting some of the most interesting tidbits from the panel discussion. Among them was Benioff and Weiss remembering the casting process and who was easiest — Mark Addy as Robert Baratheon, the “only time it was that easy,” according to Benioff — and most difficult — Williams herself as Arya, believe it or not — to cast. Arya was their most difficult challenge, until “one day we were scouting in Morocco, and we saw the little thumbnail picture of Maisie Williams on our laptop. And even on a picture that small, there was just something about her that seemed like Arya,” Benioff said.

Williams and Bradley also reflected on how they identify with their on-screen characters. Williams said that she wished she was “more like Arya than I actually am,” but Bradley relates strongly to Samwell because they’ve both “grown together.”

“He’s not always the first person to see worth in himself,” Bradley said, telling Benioff and Weiss, that while Gilly has instilled that confidence in his character, “You guys did that that for me.”

Naturally, the four were tight-lipped about Season 8 details, but Benioff and Weiss shared the odd sensation they felt at the end of their journey — and the fact that they took a picture on their final day of shooting around “destruction and ruin.”

“It was a major part of our lives for a very long time,” Benioff said. Weiss agreed, noting that “It was a strange and wonderful feeling,” adding that the crew “was family to us.”