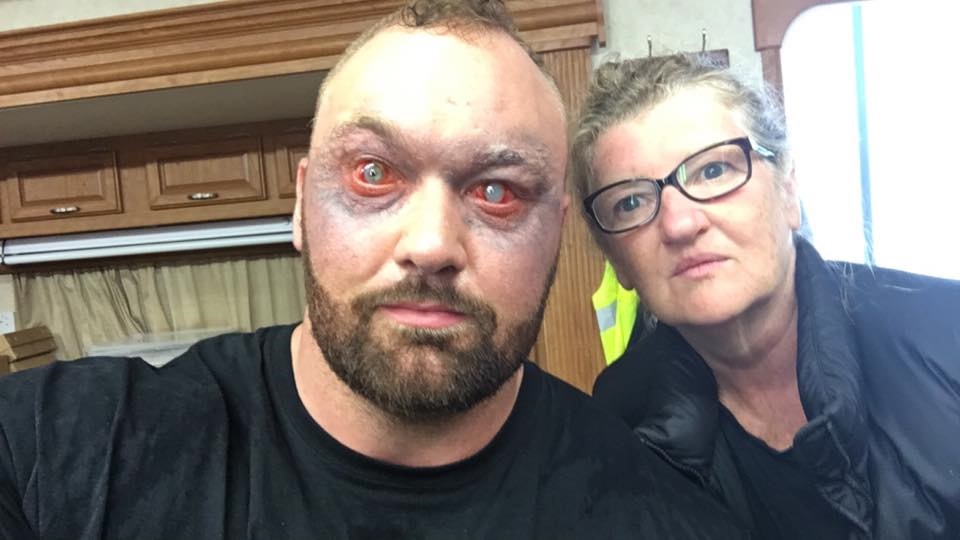 Filming on season 7 has begun and we’re back to the joy of seeing our favorite Game of Thrones stars popping up across the internet. The cast continues to travel in and out of Belfast, Northern Ireland as they shoot scenes for the new season.

As of last night, we have our first look this season at the Mountain (aka Hafþór Björnsson) in partial makeup. That he only has makeup done around the eyes suggests the helm is staying on this time, unlike in the season finale.

I've never been this hung over in my life Just kidding ? great work as always by the make up crew behind the scenes! pic.twitter.com/BLcPkmdJbB

Yesterday, Aidan Gillen was spotted, via this photo from Instagram, taken at the Boojum Burrito Bar in Belfast.

The burrito joint seems popular with the cast. The restaurant also saw the Mountain a few days ago:

And Maisie Williams may be headed there herself next week:

We’ve also heard from friends that John Bradley is in town, and a couple Twitter mentions seem to confirm that. So there may be a variety of scenes being filmed at the moment, as Titanic Studios can accommodate quite a lot of activity.

Update: Lena Headey was seen in Belfast as well, two days ago:

And here’s John Bradley at Boojum:

And Conleth Hill and Ellie Kendrick are joining the party:

With the start of filming and the announcement of Jim Broadbent’s casting, this has been a very rewarding week for Game of Thrones fans!