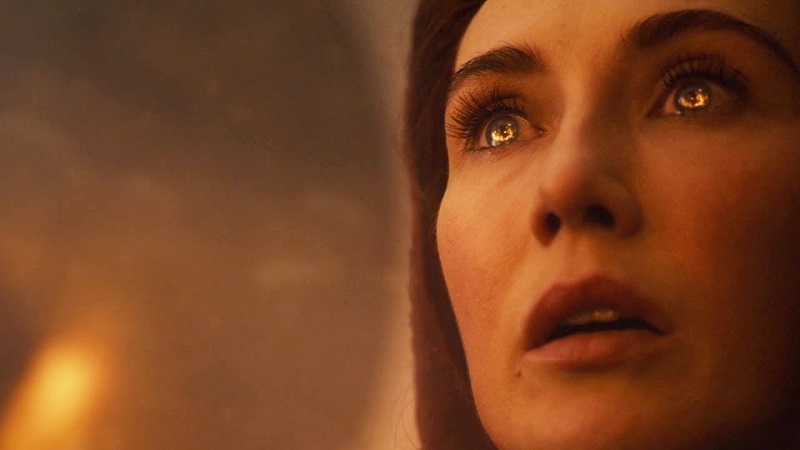 It’s been one year since the end of Game of Thrones (exactly- today is the anniversary!) and Emmy-nominated star Carice van Houten is still full of opinions about her time on the show, and the controversial final season. She shared her thoughts with Insider this week, in a new interview.

The actress told Insider that she loves the “randomness” and “clumsiness” of season 8 and she had words as well about that petition to remake the season going around last year: “That’s beyond fandom. That’s extremism. That’s scary.” She defends the show’s writers, saying “Knowing the writers and knowing how f—–g great they are, they don’t deserve that.”

“The fact that some people were so disappointed is because everything before that was so good,” van Houten said to Insider. “So it feels a bit ungrateful. You’ve had such great times and then yeah, you’re going to be disappointed because it’s not going to go exactly how you anticipated. Of course, you’re going to have all sorts of criticisms and I just thought it was a sign of how good the show was.”

“People sometimes take it too far and get too personal, but I can’t take that seriously,” van Houten said. “I just thought it’s people being really emotional about this show. It just always amazes me how people can go behind their computer and just type ‘die b—- die,’ I’m fascinated by that human psyche.”

She was a fan of the choice to crown Bran, making an unlikely comparison between him and another king- King Robert Baratheon. “I loved the ending. I loved the randomness of just picking a king,” she said. “That’s why I loved the first season, the guy who actually was king [Robert Baratheon], didn’t want to be king, so we already got a lesson in the beginning: ‘Why are you striving for that sort of power when, obviously, it doesn’t make you happy?'”

Melisandre played a key role in season 8’s “The Long Night”, and came full circle reuniting with Arya. Van Houten confirms that she didn’t know the “brown eyes, green eyes, blue eyes” line would be important as it turned out to be, with Arya slaying the blue-eyed Night King and every corpse he commanded. “I had no idea. No idea. At the time, I thought ‘I’m just going to say it, it’s probably there for a reason,'” van Houten told Insider. “They told me, ‘We’ll get there later.'”

Carice van Houten has even more to say in her interview so check it out at the source.