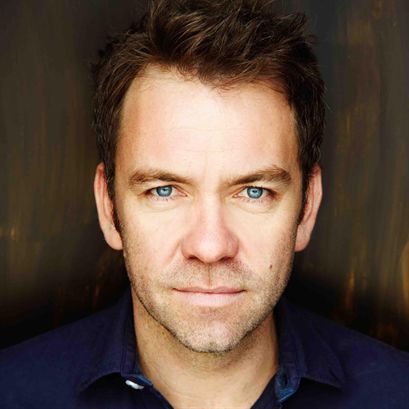 Filming of Game of Thrones is heading into its last month but thankfully, casting news is still popping up! The latest addition to the show helps fill out the Iron Islands cast for season seven.

According to his agency résumé, Australian actor Brendan Cowell has joined the cast of Game of Thrones for season seven. Cowell is known for appearing in works such as Brock, The Borgias, Love My Way, Life Support and the 2004 version of Salem’s Lot. He’s also a playwright and screenwriter, with several credits to his name.

So who is Cowell playing? According to the agency site, he’ll be taking on the role of Harrag the Ironborn. The character is most likely one original to the series, with Benioff and Weiss borrowing the name from a tertiary book character. We’ve actually already seen Harrag on the set, but we didn’t know it at the time. More on that after the cut, because spoilers!

The agency lists his Director as “Various,” which might mean the character appears in multiple episodes this year. A screenshot of the info:

Cowell took part in filming in Basque Country last fall. The Ironborn were seen shooting a landing in Zumaia, and then a few days later, a fight scene was shot on the shores. At the time of filming, it was unclear whether this scene was from the premiere or the finale (due to episode director Jeremy Podeswa‘s presence), but our sources have now confirmed that this scene is from the finale.

Last August, we saw a casting notice for a role we believe was for Harrag that may also shed some light on him. As we wrote then:

Warrior, in the 35 – 45 age range. The character is a tough-looking bruiser with the attack skills of a pit bull, and the actor needs to be great at fighting. He has a “considerable” amount of dialogue as well. It’s described as an “excellent part for a top-end actor.” Helpful clues in the description? We know it’s not a Dothraki character as the actor for the role is required to be white, and they’re asking for a neutral and non-posh English accent. This role is currently scheduled to shoot across October.

So that’s one more role checked off the list. Harrag is a member of the crew but a challenging one for Theon, at least in the finale!

Update: Our source further informs us Cowell’s character is set to appear in episodes 3, 4 and 7 of this season.