Quick Hits: Emilia in Belfast, trouble in Iceland, and Maisie Williams on the end of Game of Thrones | Watchers on the Wall | A Game of Thrones Community for Breaking News, Casting, and Commentary 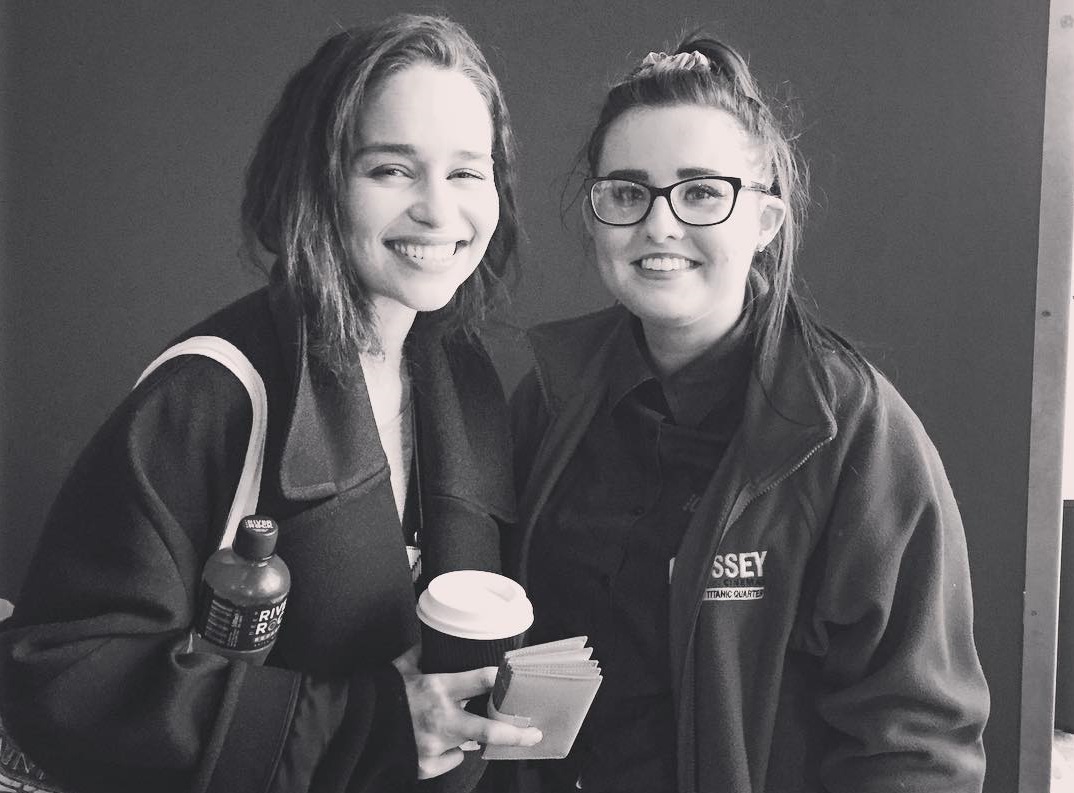 We have a fresh batch of news today, as info come in from Northern Ireland and Iceland, plus Maisie Williams talks growing up on-set and her latest feature film.

Emilia Clarke was spotted in Northern Ireland yesterday when she made time for this photo. Thanks to the fan’s ‘Titanic Quarter’ jacket we know that Emilia must be in Belfast, filming at Titanic Studios.

Last week, we reported the Game of Thrones crew was spotted in Iceland, filming on the glorious black sand beach near Vík.

Unfortunately, the Game of Thrones crew may be in some trouble now, as RUV reports that they did not apply for the off-road driving permit required to film there.  Off-road driving is generally not permitted in Iceland, as it can cause significant damage to the environment.  However, filming crews may apply for a special permit provided they can prove they won’t cause too much disturbance.  The Environmental Agency said they will discuss the matter with Icelandic production partners Pegasus, to ensure the licences will be properly implemented in the future.  In the mean time, as the filming is taking place on sand there shouldn’t be too much damage done!  You can read the original report here.

Maisie Williams put in an appearance on This Morning, to discuss her role in the upcoming Netflix feature iBoy.  Naturally the hosts were also keen to chat to her about work on Game of Thrones; although she doesn’t reveal any spoilers Maisie admits she is nervous about the show coming to an end and losing her ‘work safety blanket.’  Check out the whole interview below.