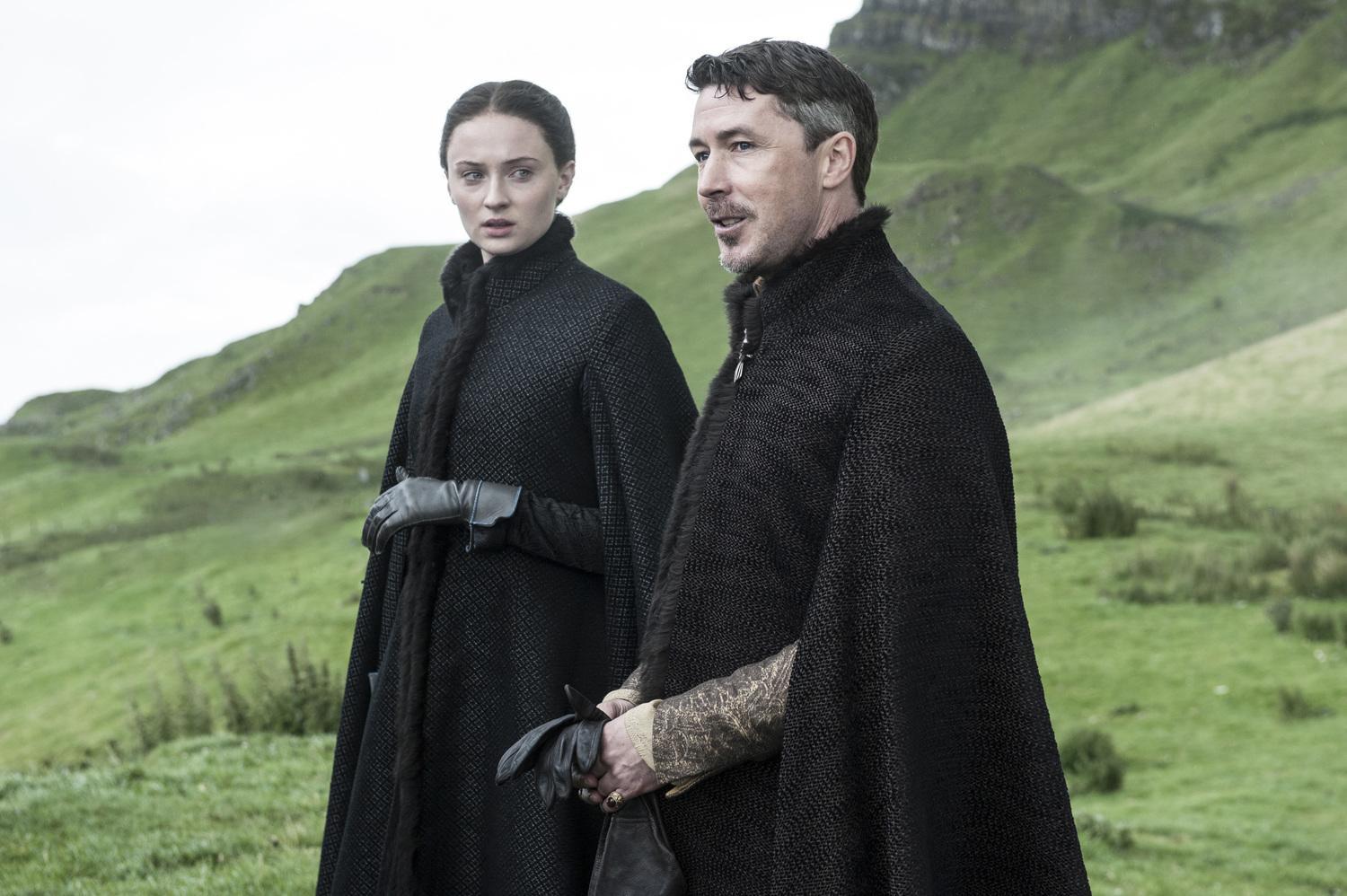 The pre-season interview promotion continues for Game of Thrones Season 5. The latest, thanks to Italian site tvzap, is an exclusive interview with Aidan Gillen.

As book readers will no doubt know, we are heading into uncharted territory in the upcoming season with regard to what Littlefinger and Sansa will be up to all season; very little (if any) of their on-screen material will be adapted directly from the books.

Some choice quotes below the cut.

Do you hate the fact that the public associates you with Lord Baelish?

AG: “At one time I hated when people approached me calling me with the name of a character: not bear it, because obviously I’m an actor, not the character. In my career I’ve done a few very recognizable roles. One is definitely Game of Thrones, the other is Tommy Carcetti in The Wire, and in Ireland there’s also John Boy in Love/Hate. Over the years I realized that… if I am being credited with that particular role [Littlefinger], it means that I was good. The important thing is to be recognized again for a new character.”

You’re from Dublin, and season after season in Game of Thrones, your accent becomes more Irish. Is this a sign that you miss work at home?

AG: “You notice so much?! Yes I’m trying to work as much as possible in Ireland… These are the films in which I feel more at ease. ”

A few days ago the official trailer for the fifth season of Game of Thrones was released… Can you tell us something about the evolution of Lord Baelish?

AG: “This year I can reveal even less than before: at this point in the series, the authors are increasingly detaching from the books and are inventing many things… many things will happen in the fifth season that are not in the novels. Last year it woudn’t have made ​​much difference if I had revealed something about my character, because so much of it it was already in the books… but now it’s all new. I can say that my character and Sansa Stark are setting out on a journey through the Vale to take control of House Arryn… For Lord Baelish there will be more adventure, more travel and an important relationship with Sansa Stark.”

… Sansa is always so sad. Will she cry less and act more in this season?

AG: “My lady? Last season she had to face a lot, but in the new episodes she will undergo major changes: first of all with regard to the hair! And then the change of clothes: always wearing black and lots of feathers: it is becoming a darkettona! We will have the goth version of Sansa.”

Cian: All of the questions and answers posted are translated by the run-of-the-mill Google Translate. I’ve cleaned up and paraphrased a few of the obvious translation errors, but if anyone is an Italian speaker and can provide further insight into the interview, we’d be delighted for the help.