Aidan Gillen on Littlefinger being a "sex symbol" and GoT's impact on the film industry | Watchers on the Wall | A Game of Thrones Community for Breaking News, Casting, and Commentary 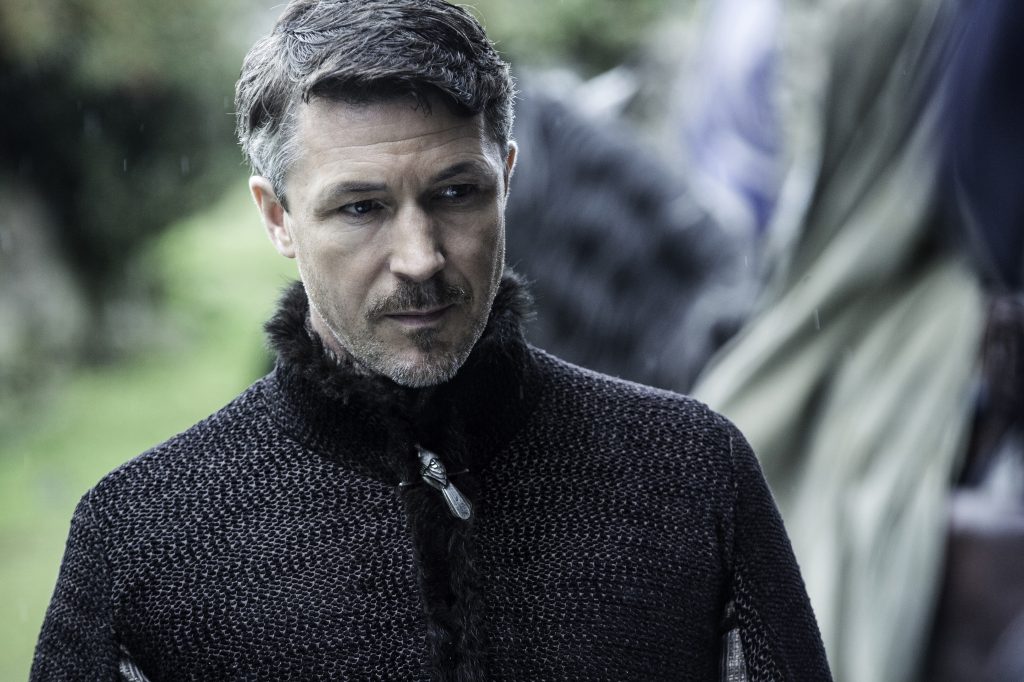 Aidan Gillen chats about his new film, King Arthur: Legend of the Sword, the novelty of not playing a baddie and the revelation that some fans consider Petyr Baelish a sex symbol.

In an interview with Collider to promote Guy Ritchie’s upcoming retelling of the Arthurian legend, Gillen explained that his character, Sir William, is nicknamed Goose Fat Bill for his “slippery” nature, though he was quick to clarify that “slippery” does not mean villainous. “He’s not evil or bad at all,” he said. In fact, according to Gillen, Goose Fat Bill is more heroic than many of Gillen’s better known characters (not naming any names).

“Yeah, I have played a fair few villainous roles or bad guy roles, this is not one,” he said. “We are on the wrong side of the law, as it stands, but on the side of good in that we’re going up against a nasty king, thwarting him. Jude Law’s character, he’s a kind of feared ruler.”

When asked if Game of Thrones prepared him for the the fight choreography and battle scenes in King Arthur, Gillen admitted that he “[hasn’t] done much swordplay on Game of Thrones,” but said that the commercial success of HBO’s fantasy epic has probably helped movies like King Arthur get made in the first place.

“I don’t doubt that the popularity of Game of Thrones, for example, makes this kind of film more producible and bankable … I think everyone, including myself, even though we knew Game of Thrones was good, [was] surprised at how exactly how huge it became, which is massive and around the world. Although, that shouldn’t be a surprise in that it’s quite universal and could be understood anywhere … [The fantasy genre is] possibly more acceptable and less of a gamble nowadays. Or maybe it’s always a gamble because you never know when people are going to get tired of it. It just has to be really well made and entertaining.”

While on the topic of Game of Thrones, Gillen was asked how he felt about Littlefinger’s status as a sex symbol within certain subsets of the fandom. As it turned out, Gillen hadn’t heard about that at all.

“I’m kind of surprised by that now because I wasn’t really aware of it,” he said. “I don’t know, it’s interesting given that some of the strands in the story are unsavory or could be seen that way and Littlefinger’s relationship with Sansa Stark is quite unorthodox, without me trying to put as much warmth into it as I can and just play it for real. I’m not aware of being a sex symbol though.”