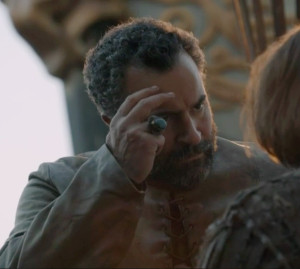 With filming beginning this week, the casting updates are rolling in, and we have news for you on two minor characters from season 4.

In the season finale, Arya Stark escaped Westeros with the help of a Braavosi sea captain played by Gary Oliver. According to the actor’s CV, he’ll be back in season 5 as the captain, Ternesio Terys. No doubt we’ll see him as Arya continues on her voyage and arrives at her destination.

And back in Westeros, there’s Frey news. Well, Bolton now. 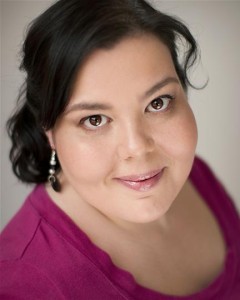 According to her agency, actress Elizabeth Webster, who appeared in season 4 as Walda Frey, will be returning to Game of Thrones in season 5. The agency says she’ll be filming this autumn.

Walda Frey first appeared in the show only as a reference during the notorious episode, “The Rains of Castamere”, when Roose Bolton mentions his new bride at the Red Wedding. Walda herself finally turned up in “The Lion and the Rose,” meeting her step-son Ramsay when she and Roose return to the Dreadfort.

Sue the Fury says: Of course, the first thing I did when I learned Walda was returning was tell Bex, who apparently screamed in a crowded restaurant. It would be nice to see some resentment between Ramsay and Walda next season, and some fun dialogue for Walda, as she’s one of those minor characters I’ve always enjoyed. As for the captain, continuity is always good and I liked him in “The Children.”

*Note: The spoiler button on the toolbar is not functional at the moment. Spoiler coding must be entered manually for the time being. Instructions are in the FAQ. Sorry for the inconvenience!*