The beautiful Basque location of Gaztelugatxe has been a treasure trove of spoilers and revelations. Only yesterday we got a blurry glimpse of what is perhaps the most momentous meeting of two characters in the history of Game of Thrones, and today we bring news that a completely unexpected main character was spotted at the islet set. Furthermore, a report by Javi Marcos from Los Siete Reinos reveals that the Almodóvar del Río Castle will likely depict one of the main locations of the season.

Javi’s report in Los Siete Reinos boldly speculates that Almodóvar del Río may be yet another Spanish location used to depict Dragonstone. We are not willing to leap that far, especially considering the clearly southern architecture of the castle —I could see it as King’s Landing before Dragonstone. Now, that written, why cannot it be a smaller location for the show, such as perhaps Sunspear or Highgarden? Well, that is the one thing that this report ascertains: Game of Thrones may only be filming for a week in Almodóvar del Río, but it will be a recurring location all throughout the season. 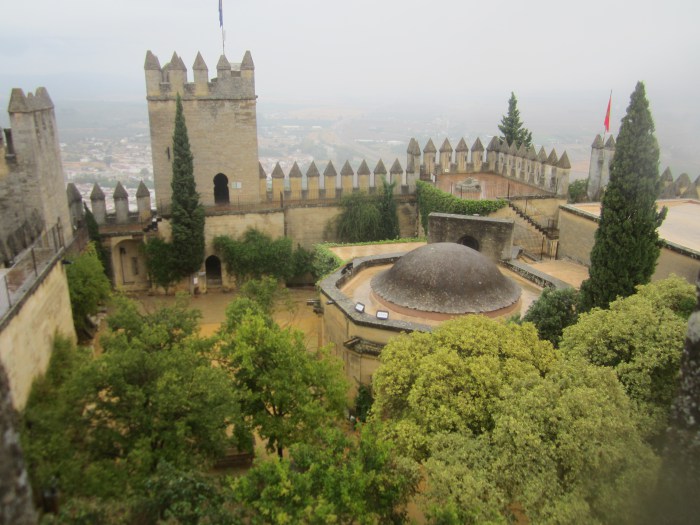 Marcos could confirm that, along with showrunners D.B. Weiss and David Benioff, no fewer than three of the four directors for this season visited the castle to prepare for filming: Jeremy Podeswa, Mark Mylod and Matt Shakman. Veteran Game of Thrones director Alan Taylor was the only one apparently not present, but this still means that this location will make an appearance in three-to–six episodes of season seven.

So why is Dragonstone being considered as one of the candidates for Almodóvar del Río? The extras required for this area fit the Dothraki and Unsullied profile. If it’s Dragonstone, it only makes sense considering we have already seen Daenerys will take over the stronghold. Still, this castle looks very little like Dragonstone. We’ll have to wait until we get more information before we get a clear picture of what’s happening here. As we previously reported, Almodóvar will be closed from November 4th to the 16th, though filming will only take place for a week. Hopefully, in a few weeks we’ll get a clearer idea of which surprisingly recurring role this location will enjoy next year.

Now, let’s return to Gaztelugatxe for a moment, even though flming ended yesterday. If seeing Gendry back in King’s Landing wasn’t strange enough for you, these new photos from yesterday’s shoot certainly will be. Deia brings us a few photos. One of them shows a continuation of a scene that had already been glimpsed —Jon and Davos on the floor, while the Targaryen loyalists remain unperturbed. Previously we had seen Tyrion looking up at the sky, and now he is helping Jon up. If it wasn’t clear before that this is the scene in which Jon and Davos see a dragon for the first time, it pretty much is now: 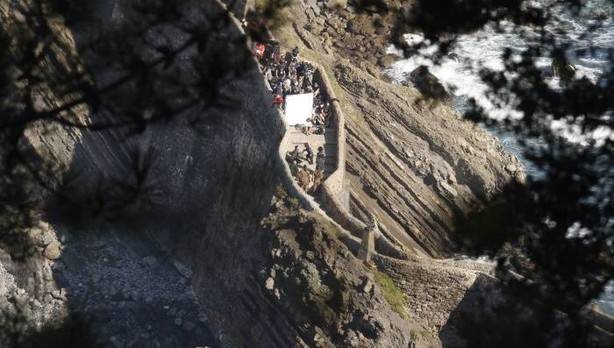 The other photograph may seem innocuous at first, as it went unremarked upon by the local newspaper, but it actually shows us a woman in red. A Red Woman, one could say: 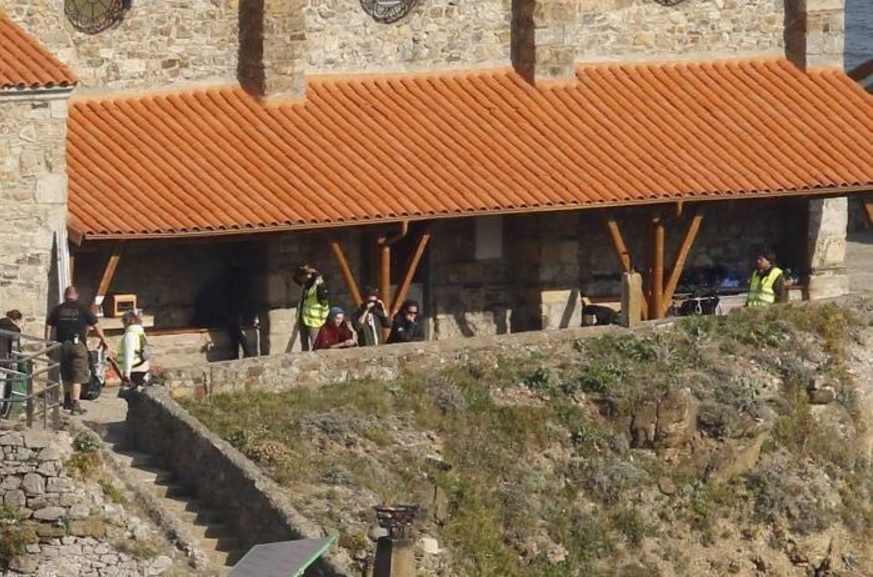 The picture is not of a perfect quality, but our sources can confirm that season six’s Kinvara, the High Priestess of the Red Temple of Volantis, will NOT appear this season. What is the alternative for a Red Priestess, then? If that’s not Melisandre, I’ll eat my hat (Thankfully, I don’t own a hat, so this bet is free of choking hazards.) Now, how could Melisandre end up in Dragonstone, after being exiled from Winterfell at the end of last season? Is she back with Jon’s crew or has she hopped on the Dragon Queen bandwagon? Good questions all around. Speculate away in the comment section!

UPDATE: Los Siete Reinos has published several exclusive news images and a video from this weekend’s filming, taken by Inuntza Photography! In them, you can a new shot of Jon, Tyrion and others ascending the stairs, and more shots of the woman in red, wearing the heavy red gown we’ve seen Melisandre wear before in colder scenes. Whether it is Melisandre herself, we can’t say with 100% certainty, this far away. But there are not many other candidates of who it could be! – Sue the Fury 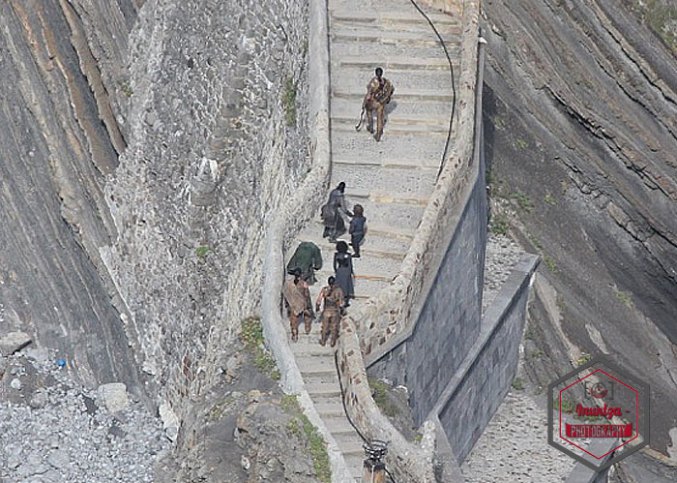 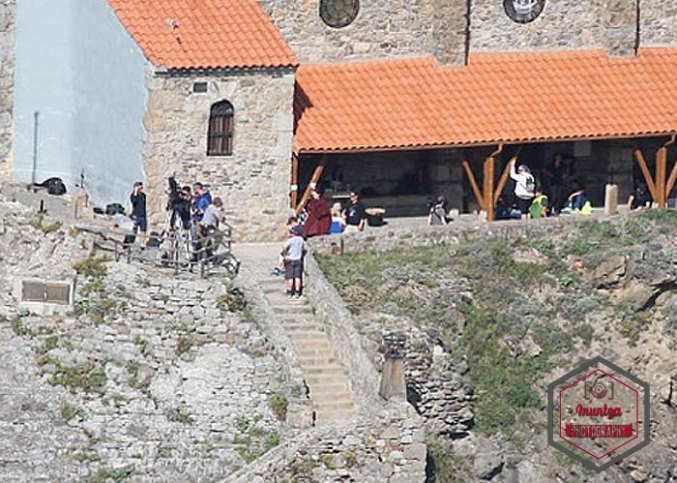 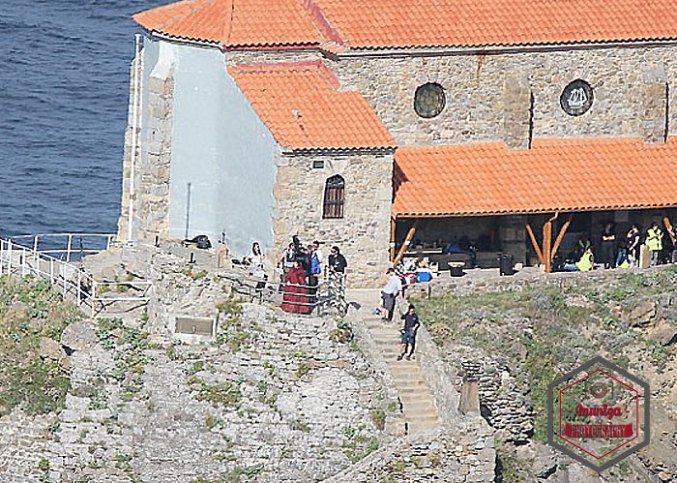 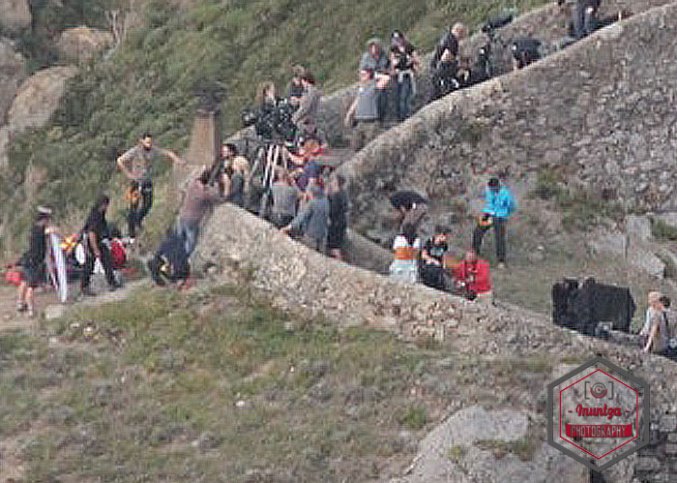 In the new video, we get to see the film version of what we saw a sneak preview of yesterday- the meeting of Jon Snow and Daenerys Targaryen!