Game of Thrones seeking male extras only in Seville and Almodóvar del Río | Watchers on the Wall | A Game of Thrones Community for Breaking News, Casting, and Commentary 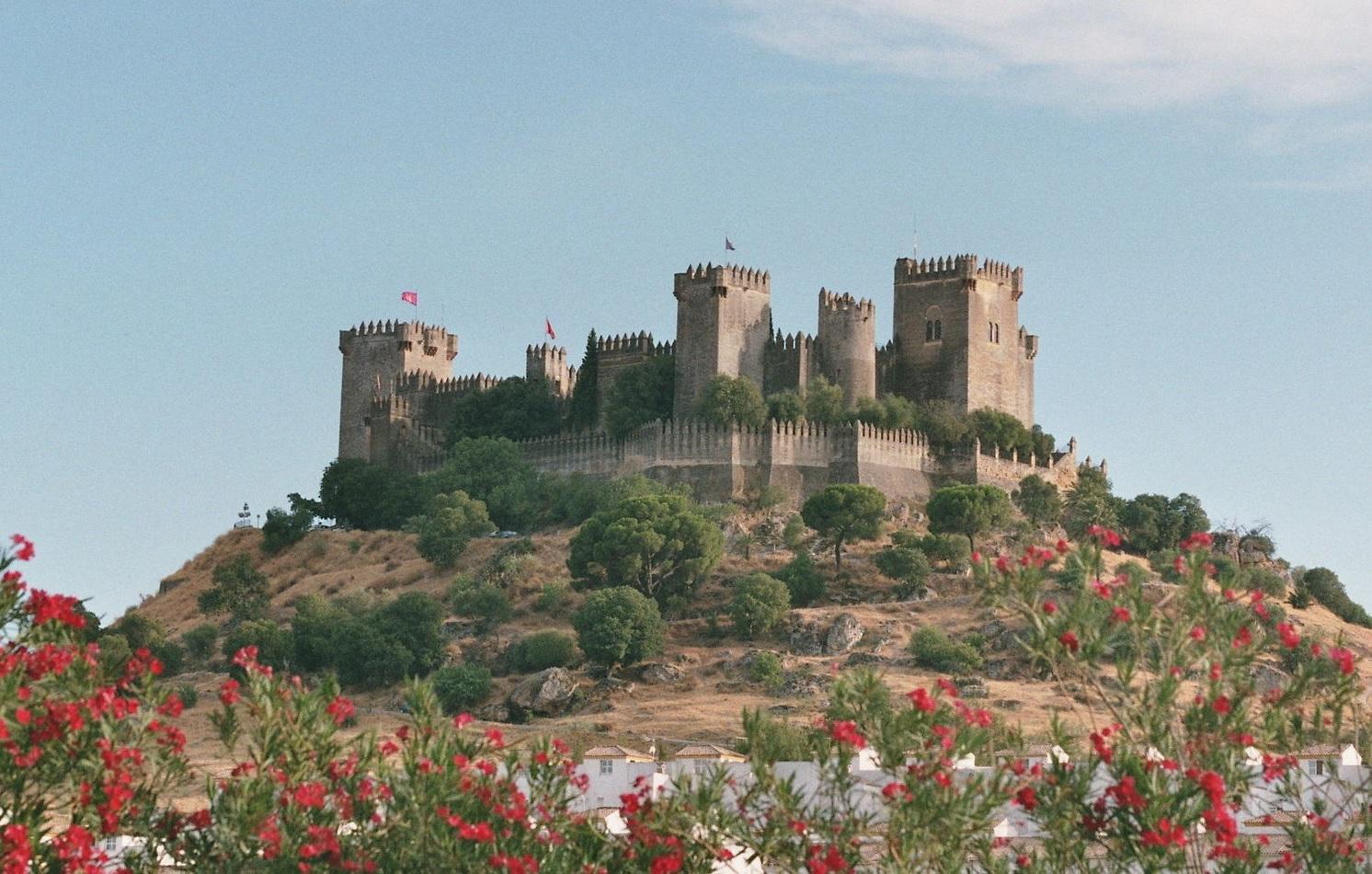 Now that Game of Thrones extras casting in Malpartida is wrapping up, attention is shifting over to other season 7 shooting locations in Spain: Almodóvar del Río, in Cordoba province, and Seville, also found in the Andalusian region. The announcement went up today on ModExpor’s Facebook page that the search for extras in that area will take place on September 16th, starting at 9:00am at the municipal sports center in Almodóvar del Río.

The casting call confirms that the GoT shooting period for Seville and Almodóvar del Río will approximately be between November 1st and 12th.

Another interesting item from the notice: there is no casting of women in this region. The extras screened in this city will be used in filming in both Almodóvar del Río and Seville, but only men are permitted to even apply for the parts.

Beyond the gender requirement, the rest of the notice is very similar to previous ones. They are searching for:

– Thin people
– People in good physical condition to play soldiers
– Applicants with military experience
– Men with short/medium/long hair
– Locals and people who will be living in Almodóvar del Río and Seville during filming.

Only 1500 men will make it past the initial screening to even be considered for an extra’s role on the show.

The announcement also notes, as ModExpor has said before, that we’ll learn more about the casting date for Zumaia and Bermeo in October 5th. 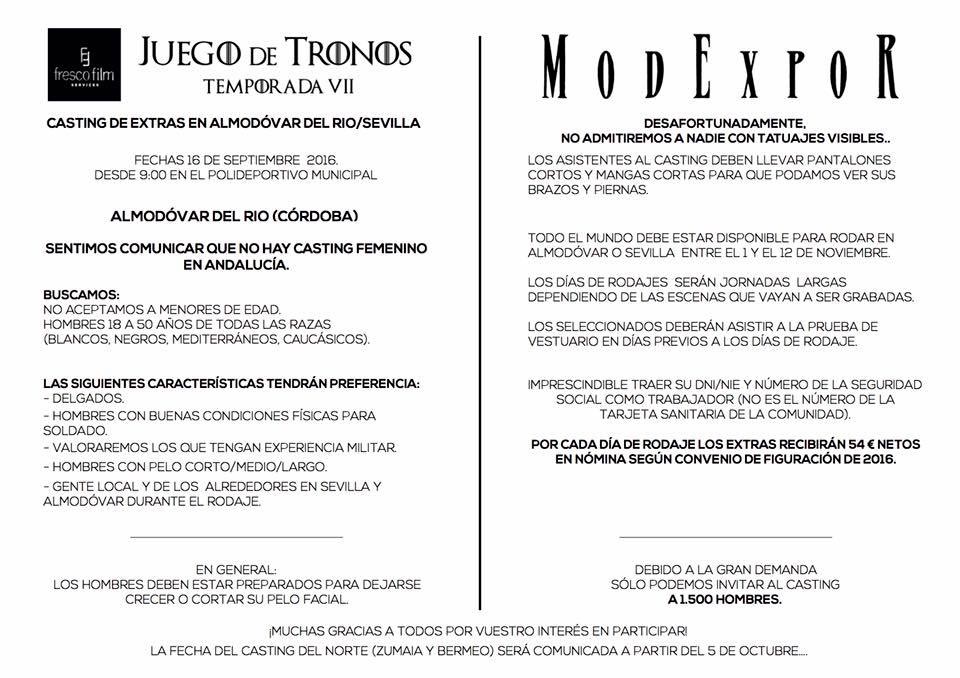 Based on previously released information, we know that Game of Thrones will be filming at the beautiful Castillo de Almodóvar del Río, and in town of Santiponce in Seville, where they’ll be shooting in the Roman ruins called Italica. It’s also been reported that GoT will be returning to the Real Alcazar of Seville, which has played the part of Dorne’s Water Gardens for the past two years.

Given that only men will be needed in these Andalusian locations, the most likely guess is that they’re casting for more of Dany’s men, her Unsullied and Dothraki warriors.