UPDATE: Maisie Williams on What She Wants for the End of Arya's Journey | Watchers on the Wall | A Game of Thrones Community for Breaking News, Casting, and Commentary 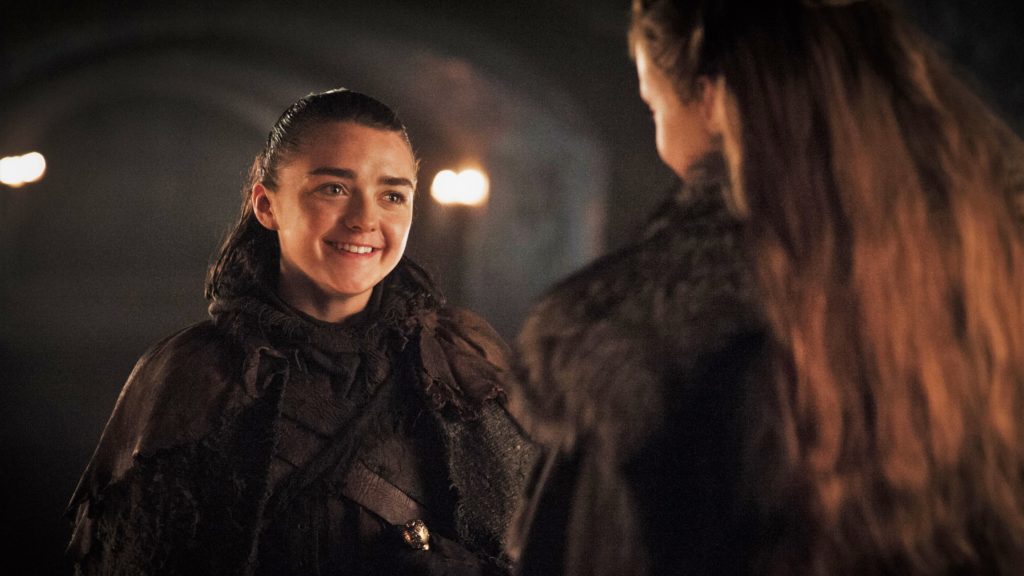 Maisie Williams is busy this week, out promoting her new animated role in Early Man. She swung by the Radio 1 Breakfast Show a couple days ago to promote the film and to play a fun game with a heart rate monitor! Maisie’s Early Man co-star Eddie Redmayne, her real-life boyfriend Ollie Jackson and her flatmate Bill Milner joined in to help out and to tease season 8 spoilers out of the actress. Not many spoilers were forthcoming but it is very fun!

Maisie also talks to Metro this week and admits to being excited about the future after Thrones, when her schedule opens up. “Yeah, there’s going to be far more time now to do all these other projects that in some ways I’ve missed out on — though I don’t think that has been a negative thing. But to have free time and choose what I want to do with my year is something I’m really looking forward to.”

As for how she’d like Arya’s story to finish off, Williams says to Metro, “I’ve always said I wanted her to find peace. The things that have been driving her through her story have been very bitter and twisted and aggressive. I would love for Arya to find her true self again and let go of this anger and revenge that’s accompanied her on this journey. I’d love for her to be happy.”

Another item of interest from the article that’s caused a bit of speculation from the fandom has to do with some dates dropped in the interview. Maisie is quoted as stating, about Game of Thrones, “We wrap in December and we air our first episode in April [2019]. That’s a four-month turnaround for these huge episodes. There’s a lot that goes into the final edit. You would not want to rush this season at all. We owe it to our audience and our fans to really do this final season to the best of our abilities.”

However, we’ve done some checking with our sources, and they’ve confirmed that the show is still set to finish up filming in the summer as previously established and that there’s no air date set yet. Williams’ interview with Metro was most likely done a long time ago, embargoed (as interviews often are) and held for publishing until now. The dates and months mentioned in the article are unfortunately not accurate.

UPDATE 1/29: Maisie Williams has confirmed that the quote is old and inaccurate.

Just a tweet letting you know this game of thrones release date "quote" I've supposedly given is completely false and taken from an interview I did years ago.

Speaking of filming, it continues out at the Moneyglass estate near Toome in Northern Ireland! The Winterfell set has been a bustling beehive of activity since filming resumed after the Christmas break.

The next month should be very interesting as Game of Thrones is set to head to Iceland for location filming! Reportedly “some of the main cast” will be involved in Iceland filming, though few details have been available so far. We’ll keep our eyes open for more news as it comes!