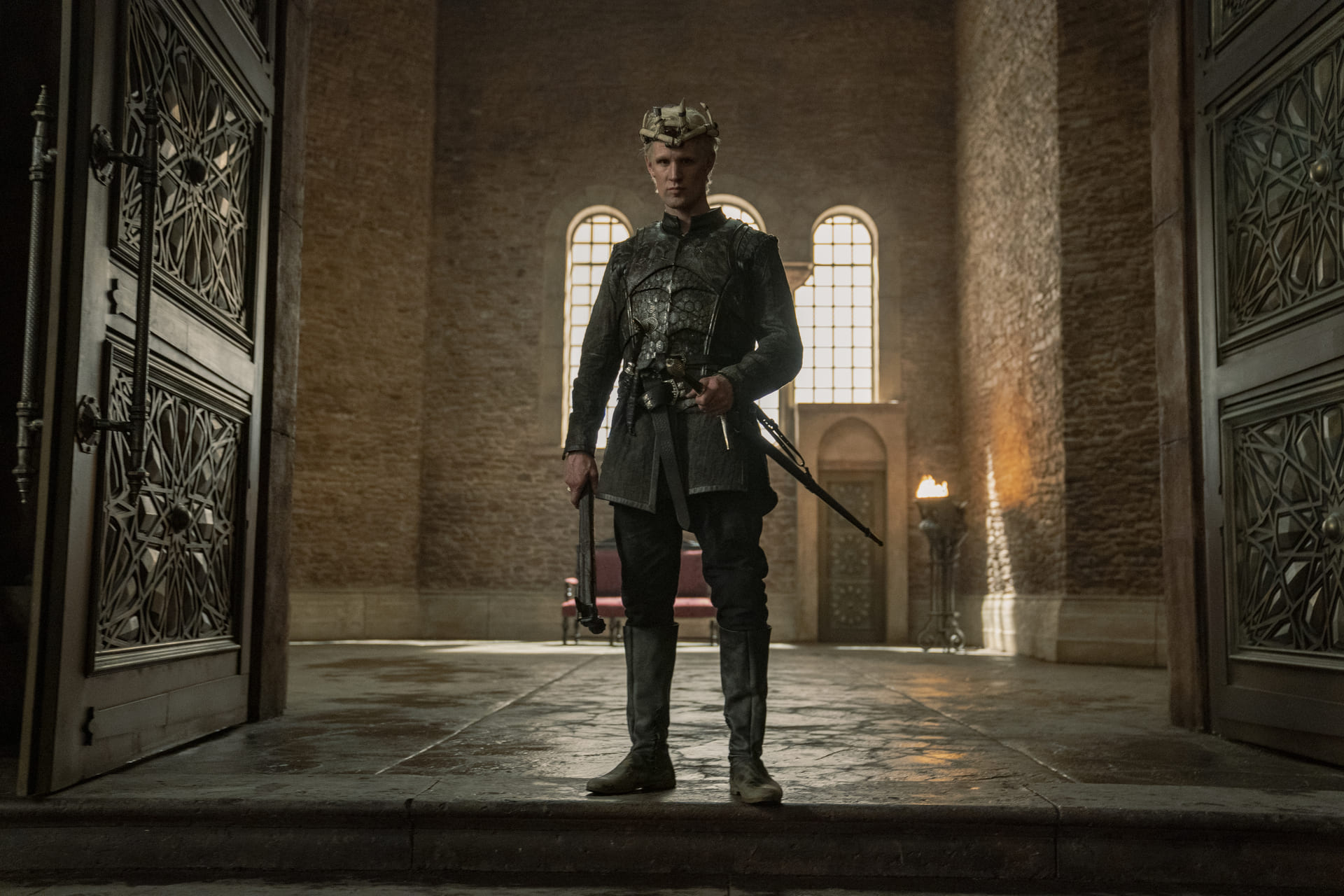 HBO has released photographer Ollie Upton’s stills for the fourth episode of House of the Dragon, “King of the Narrow Sea.” As one may expect from that title, there’s a lot of Daemon, but also a few particularly intriguing photos of Princess Rhaenyra!

Prince Daemon (Matt Smith) returns to court with a haircut and a provocative crown of his own, having been hailed King of the Narrow Sea in the Stepstones, as we saw in the preview for the episode. It looks like his brother, King Viserys (Paddy Considine), welcomes him back into the fold… although the prince may not have his full trust, as his knights of the Kingsguard, Ser Harrold Westerling (Graham McTavish) and Ser Criston Cole (Fabien Frankel) are awfully close to their king. 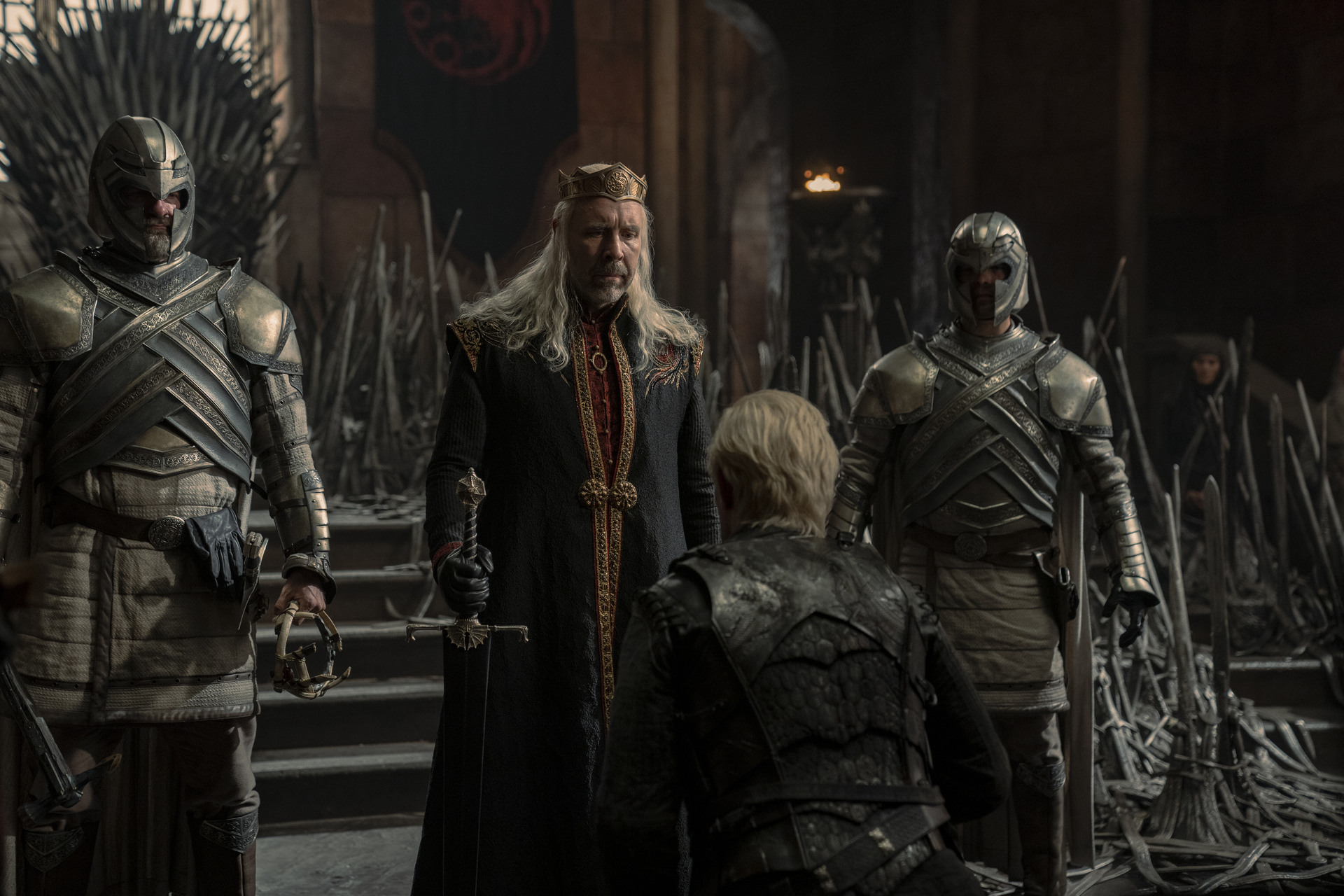 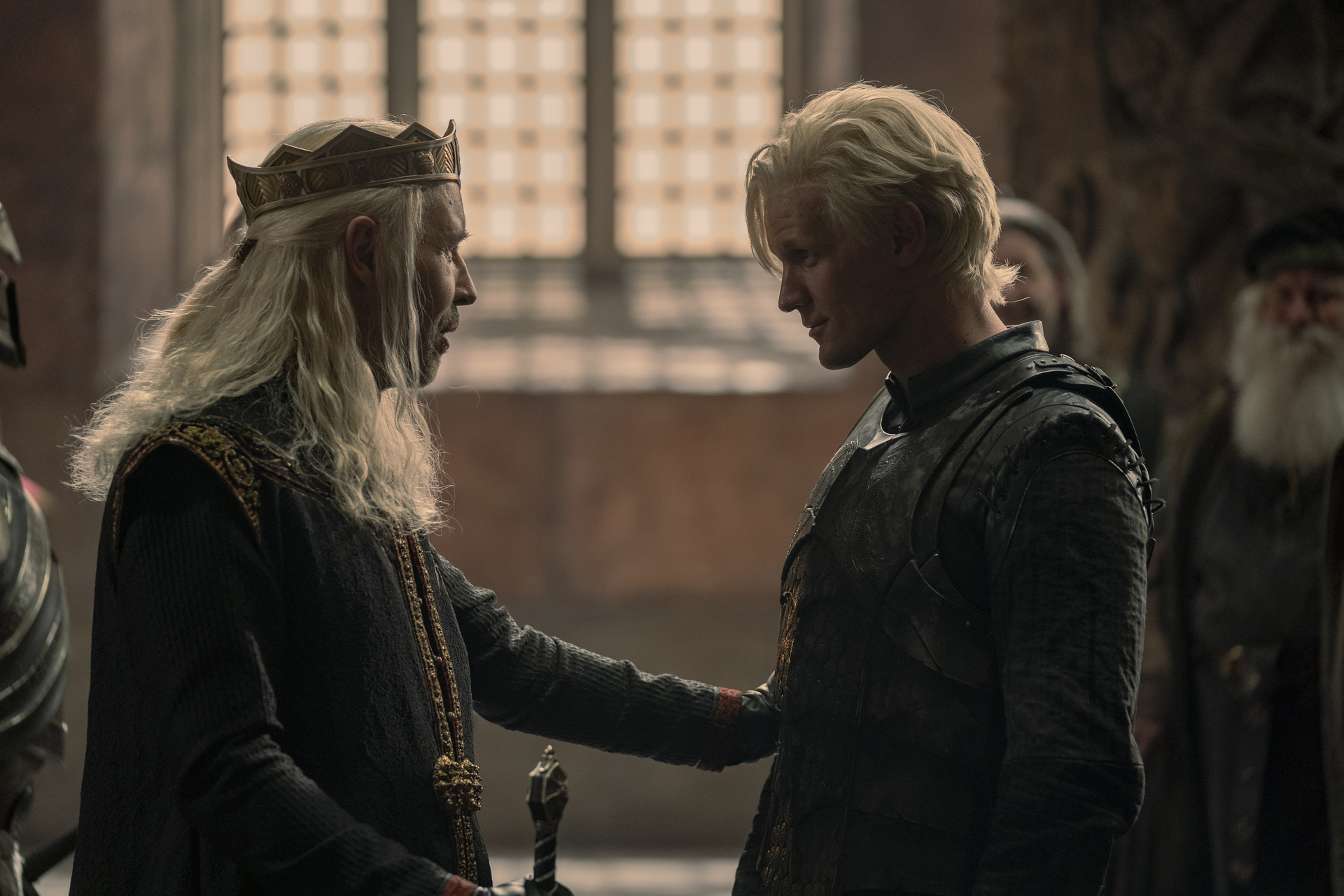 With Daemon back in court, it seems we’ll see him visit his niece, Princess Rhaenyra (Milly Alcock) in the Red Keep’s Godswood. We saw them have a “friendly” relationship in the premiere, but a rivalry grew soon enough when Rhaenyra supplanted Daemon as heir apparent. In this case, at least according to these photos, it looks like they’ll be mending their relationship. The same doesn’t seem to be the case with Queen Alicent (Emilia Carey), unfortunately… 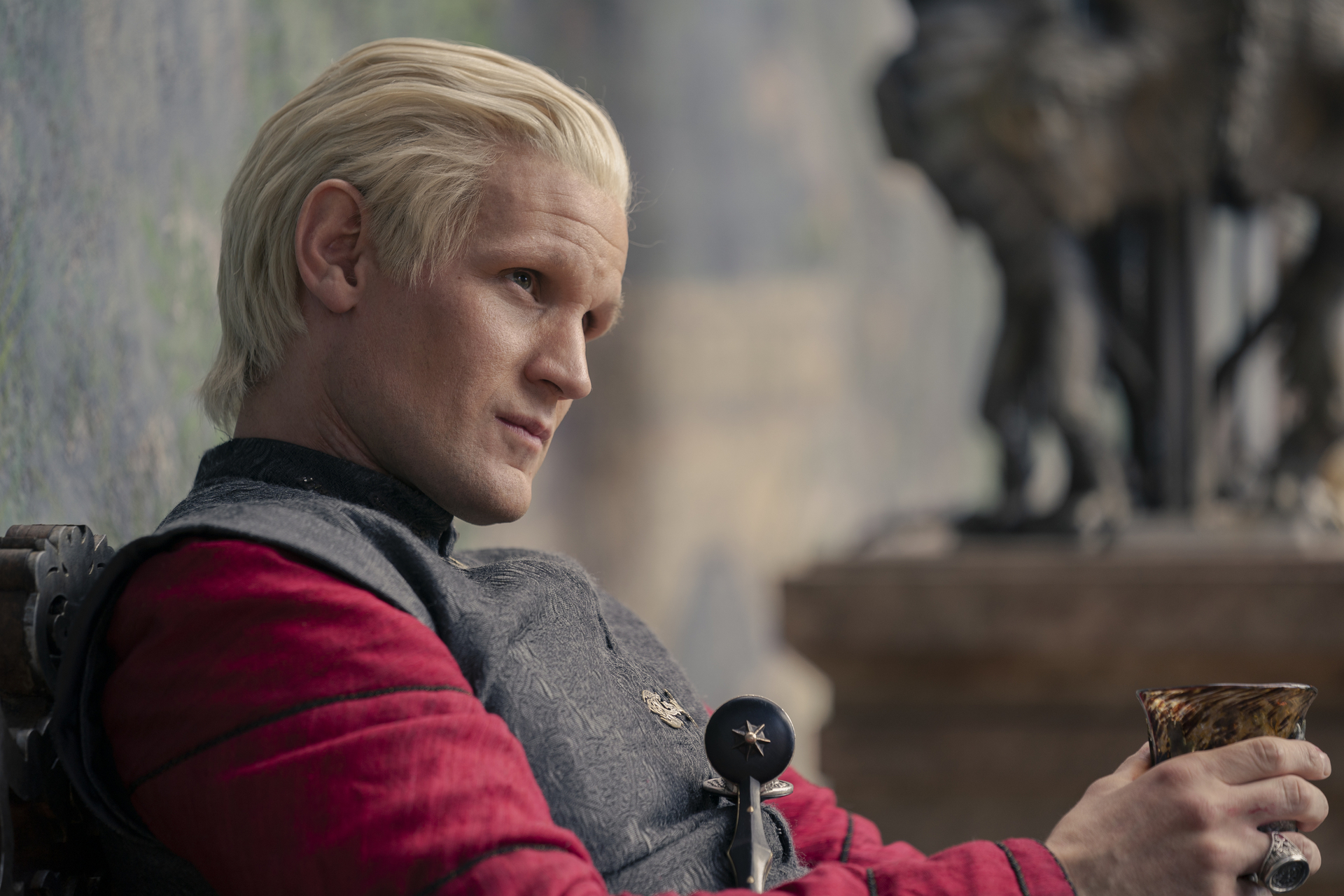 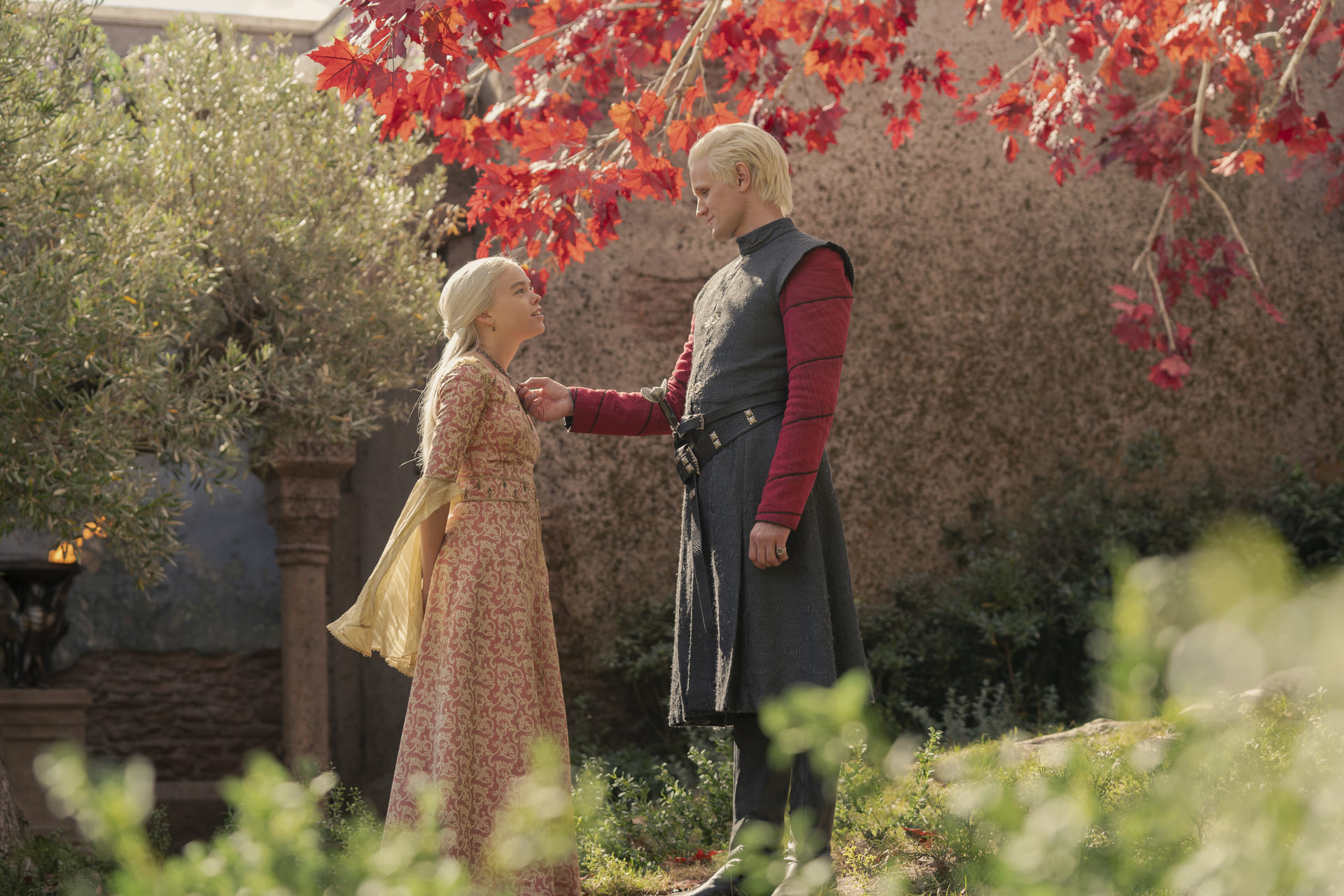 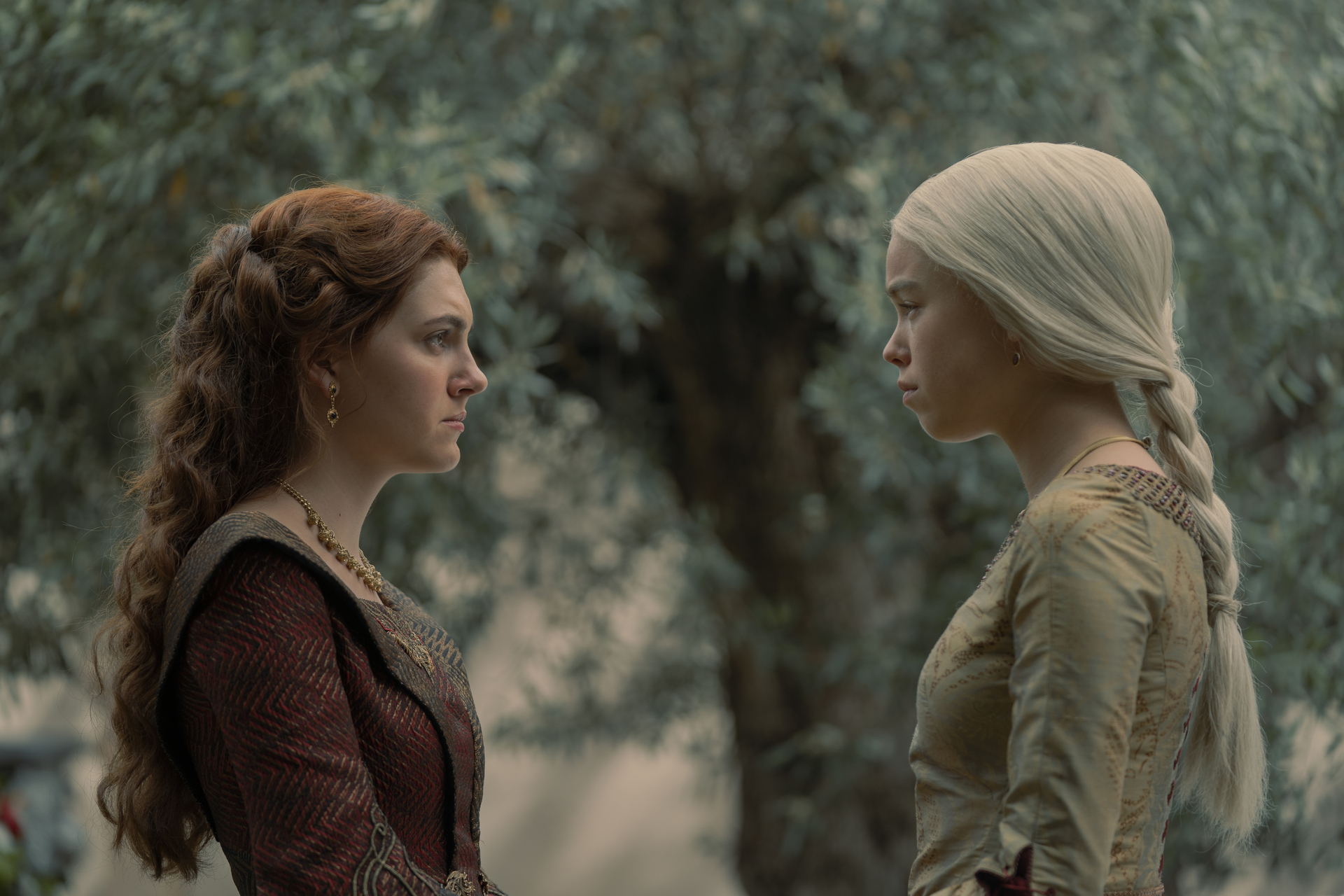 Ser Otto Hightower (Rhys Ifans) approaches the king in his quarters with what I’m sure will be his usual level of honesty, integrity, and transparency. 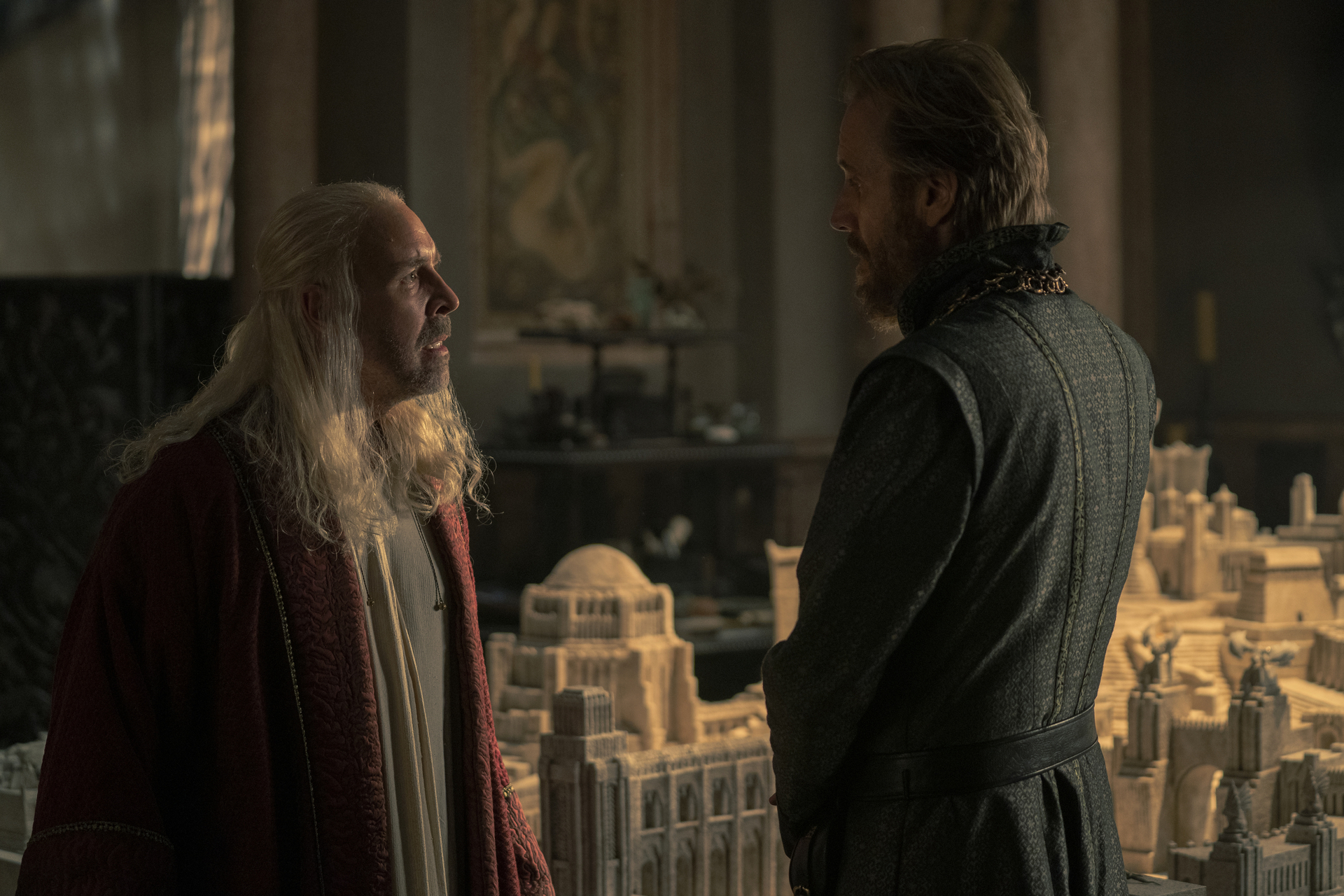 In a still of a scene we glimpsed in the “In the weeks ahead” trailer, the king shows his daughter the secrets of his Valyrian steel dagger and tells her more about Aegon’s prophecy, whose wording may ring a bell to book readers… 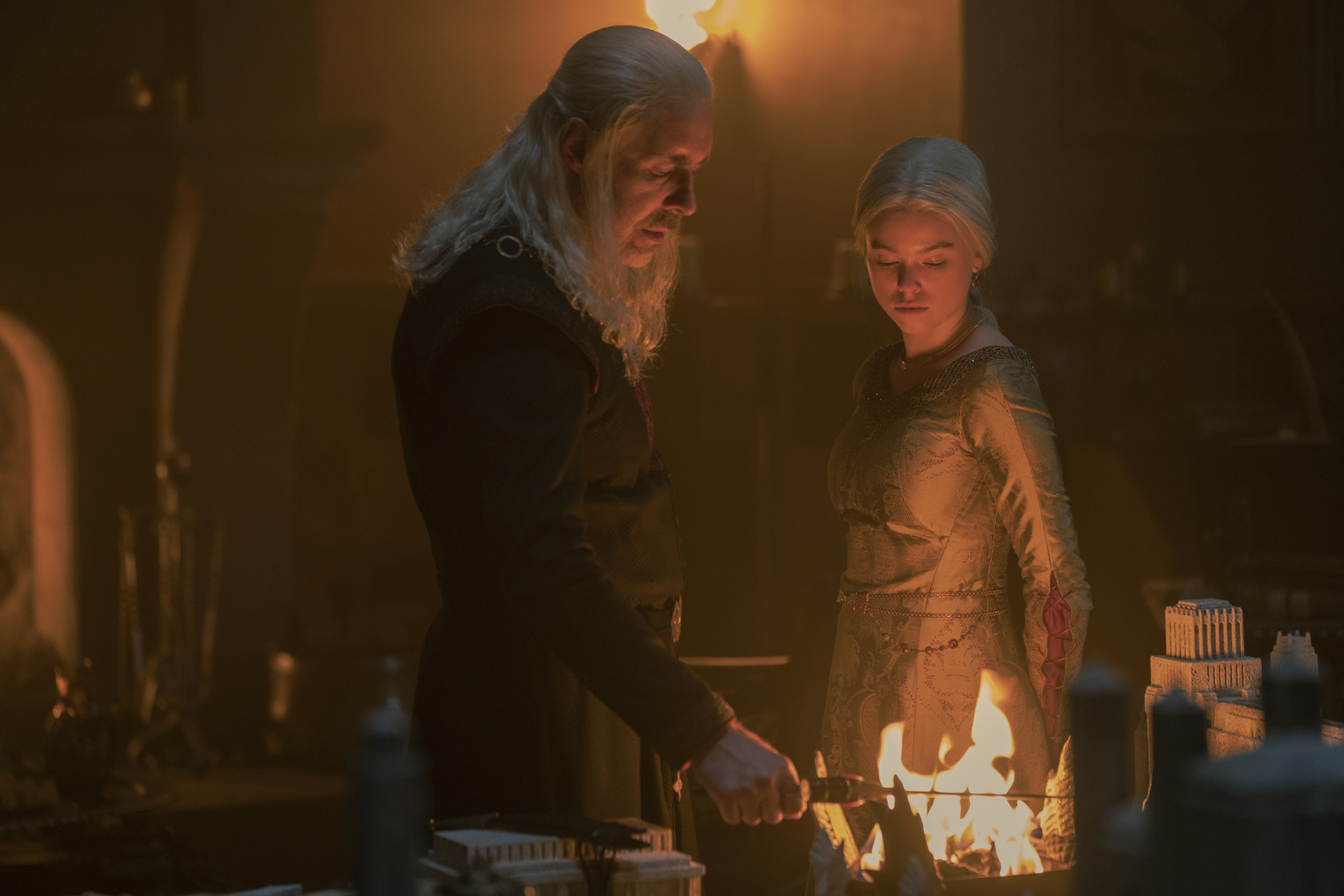 Finally, there’s this photo, which is the one that surprised me the most. Alongside Princess Rhaenyra and her sworn shield Ser Criston Cole, we can see Lord Boremund Baratheon (Julian Jones), who we already met in the series premiere, when he asked his cousin, Lady Rhaenys (Eve Best), for her favor in the tourney celebrating Aemma’s childbirth, and named Rhaenys “The Queen that Never Was.” 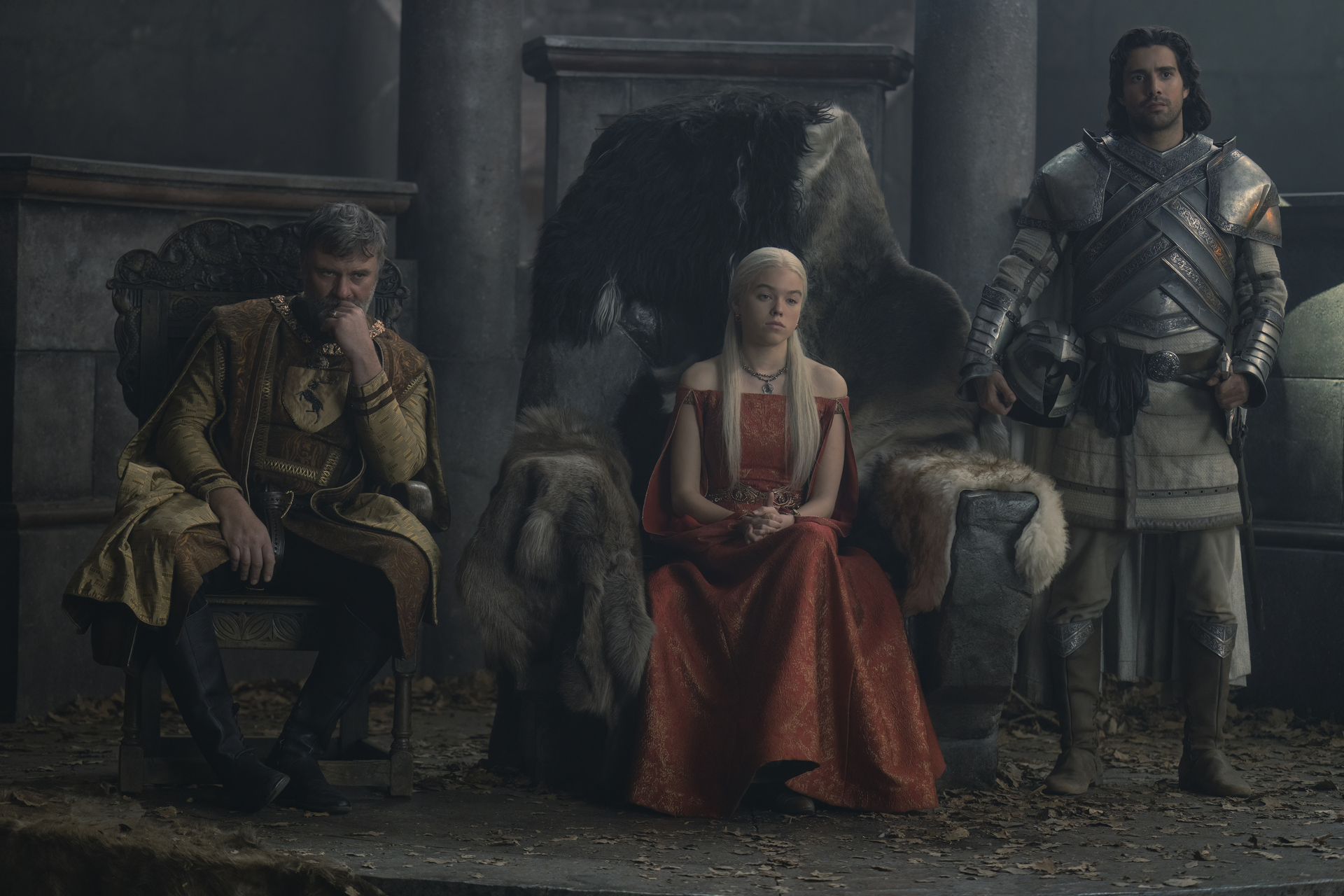 It appears this will be our first look at Storm’s End, the Baratheon’s castle, which we never saw in Game of Thrones (Renly camped close to it, but no characters ever visited the castle proper on-screen, unlike in the books.) Going only by this still, one could conclude Lord Boremund could be at some other castle, except in the preview for this episode we can see a shot from this scene with the Baratheon stag etched on the wall behind them. Storm’s End! Finally! I wonder whether we’ll also see Boremund’s son Borros, who will have a lage role to play later on.

From what’s teased here, what are you looking forward to the most this episode?