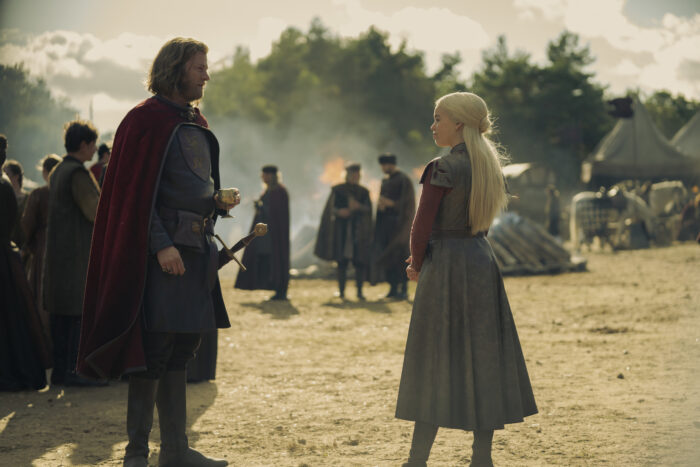 Episode three of House of the Dragon was a splendid spectacle – from a fiery beach battle, to a lavish glamping party, to a chaotic suicide run. “Second of His Name” was a pivotal episode for several characters, and we can’t wait to see what awaits them in the weeks to come.

On this week’s episode of the Night’s Cast, Vanessa and Petra discuss teenage angst, the difficulties of running a kingdom (and handling a strongwilled daughter), and Daemon’s plot armor of Valyrian steel.

The Night’s Cast · House of the Dragon Episode 3: Second of His Name