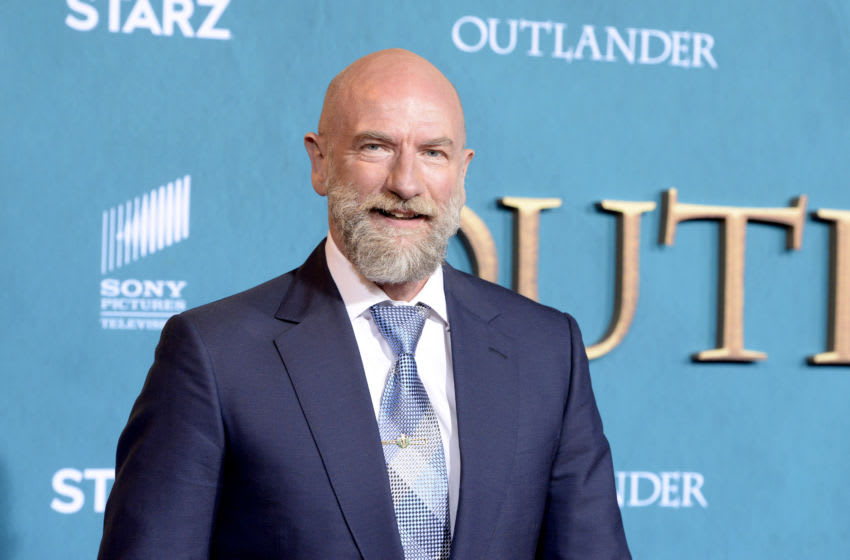 Only a few days after we reported that Graham McTavish was spotted in Cornwall on the set of House of the Dragon, McTavish has confirmed that he is, indeed, a member of the upcoming Game of Thrones prequel’s cast and offered the very vaguest and non-spoilery of teases.

In a recent interview with Stylist, McTavish, best known for his role as Dougal Mackenzie in Outlander, confirmed that, yes, he is in House of the Dragon. He didn’t offer any hints as to who he is playing, but said that production is coming along well:

“I’m enjoying that, yes. I’m really having a lot of fun. We’ve just started. It’s a very big project, so we’re getting to know each other. They’re lovely people. It’s great, but I can’t tell you too much. I can’t tell you really anything about the story! But it involves a lot of dragons.”

McTavish’s Men in Kilts/Outlander co-star, Sam Heughan, was present at the interview and jokingly asked if he has a role in House of the Dragon yet. McTavish laughed and replied: “So far, no. And I have been waiting… I have to say ‘Where is Sam?’ because it’s always in my contract now.”

Graham McTavish, House of the Dragon