Game of Thrones: Conquest Bridges the Gap Between Veteran and Casual Thrones Mobile Gamers | Watchers on the Wall | A Game of Thrones Community for Breaking News, Casting, and Commentary 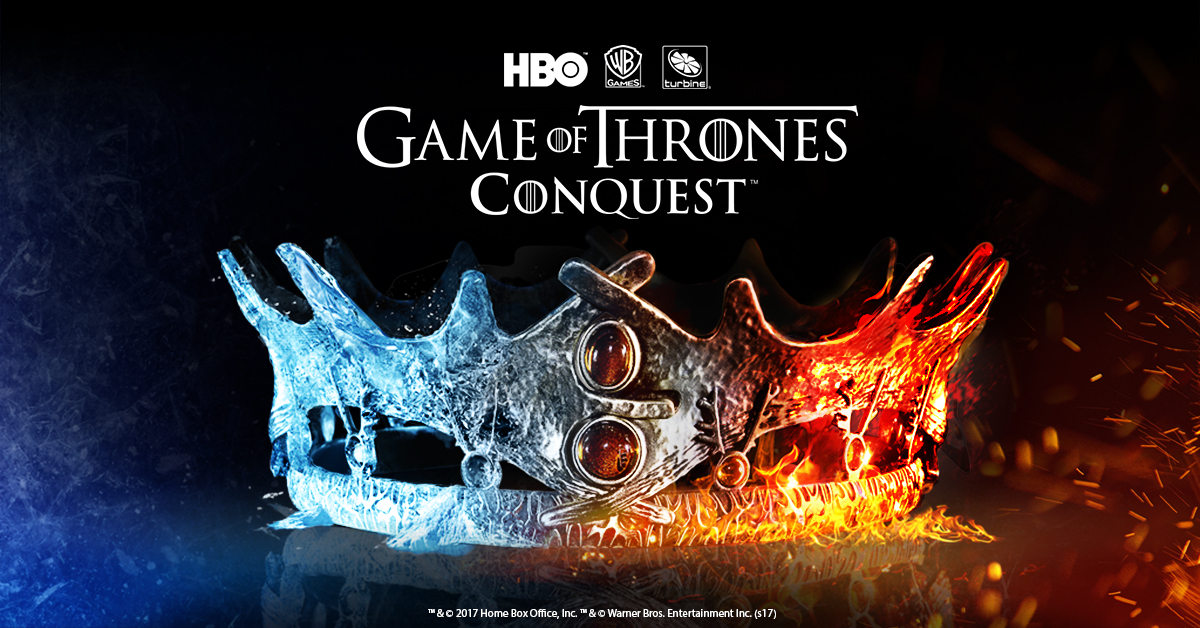 Game of Thrones: Conquest is now available on iOS and Android devices! Do you like MMO strategy games on mobile and find yourself constantly checking your castle’s defenses, city’s granaries, and soldiers’ upkeep? This game is for you! Do you not know what any of what I just said means but have an undying love of all things Game of Thrones in whatever form they may come? Then this is for you! For those whom mobile gaming is old hat, this is a new chance for you to welcome  GoT into your daily gaming. For those of you who are new to this, your favorite characters will walk you through the tutorial step by step so that you won’t feel overwhelmed.

Game of Thrones: Conquest is a mobile MMO strategy game that gives players the opportunity to navigate the dangerous political landscape of Westeros while establishing their house, creating their sigil and raising their army to march against rivals. Players can sabotage their enemies from within or march with their friends & bannermen into war, and can expect to see some familiar faces from the HBO series, including Jon Snow, Daenerys Targaryen, Petyr Baelish and more…

Navigating Westeros won’t be simple, but with the help of the innovative Allegiance System, players can recruit allies from around the globe to have a fair shot at the Iron Throne and prove their loyalty to their lord or lady. In this dynamic and political world, players will have the option to choose between deception and loyalty. Or as they shift their Allegiances, in true Game of Thrones style, betray their own Allegiance to grow their influence in Westeros and claim the Iron Throne for themselves.

In Game of Thrones: Conquest, players can capture 120+ iconic Seats of Power from the series such as King’s Landing and Winterfell. To control these locations you must recruit allies, as no war is ever won alone. Players must raise their armies and clash against rivals to capture these iconic strongholds. Once captured, players will need to defend them, as each Seat of Power endows their Allegiance with military and economic upgrades. They will then appoint their own small council and reward their most loyal bannermen by making them wardens of a Seat of Power. 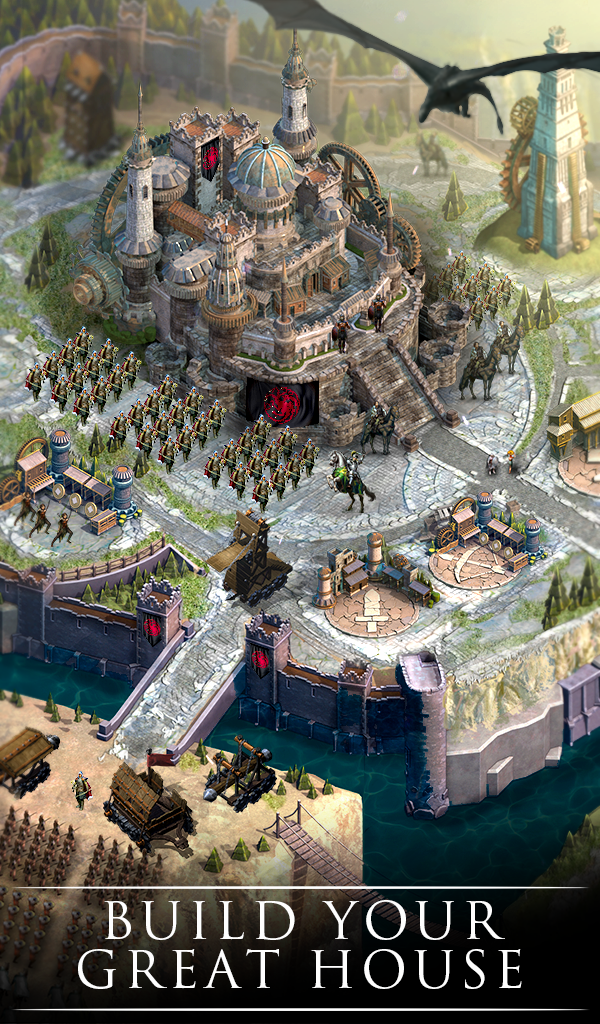 I was fortunate enough to visit HBO HQ in NYC for a peek at Game of Thrones: Conquest. As I’m much more of a board gamer than I am a mobile gamer, I hewed closely to the tutorial. Fortunately for me, Tyrion helped guide me through the what’s and how’s of building my city. From adding farms and medic tents, to manning the City Watch, to helping my maesters gain their chains, Tyrion’s helping hand was essential to a novice like me. For experts of the genre, you can skip through this, or just sit back and enjoy Tyrion’s banter (there are many fun quips to be found throughout).

This was where Daenerys came in. While Tyrion is the overall guide to your home territory, Daenerys is the tutorial overseer of the map of Westeros, which looks gorgeously stylized to many of the maps you find in the actual show (Dragonstone, Robb’s camp, King’s Landing, etc.) She guides you through how you move your soldiers along the vast map, which includes SO many areas, from big names (Riverrun, Winterfell, etc.) to smaller names for the book devotees (Seagard, Crakehall, etc.) 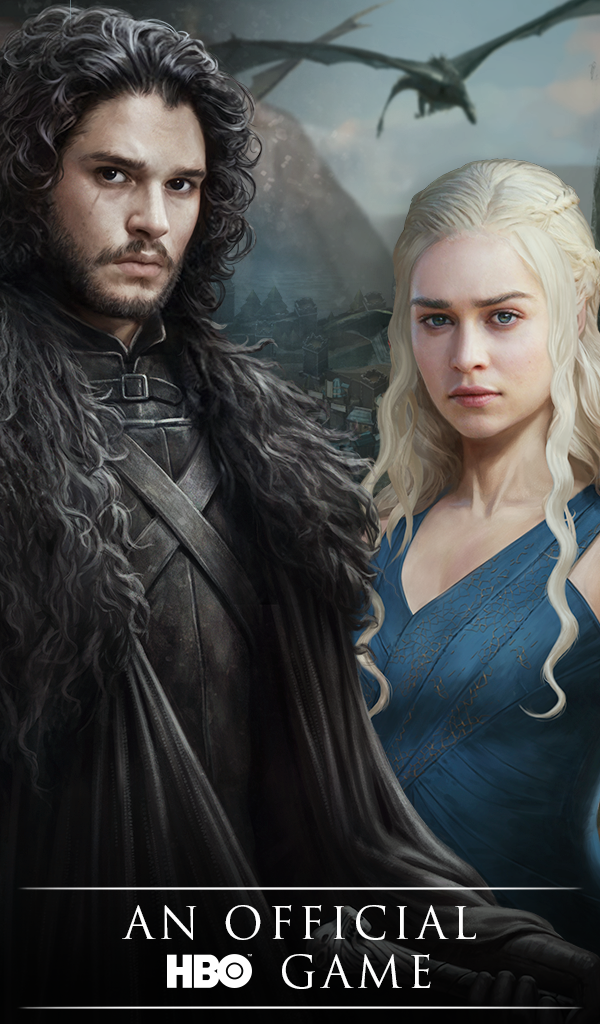 How do you move about them and make your way across the vast expanse? I suppose you need an escort to explain alliance building (to be read in an Aiden Gillen voice). This is naturally Littlefinger’s part, as he steps in to explain the general theme of the game, which revolves around pledging allegiances (and breaking oaths) to liege lords. Said liege lords will not be NPC (non-playable characters) but will indeed be actual players! This is the true heart of the game excites me most about it. Through real-time actions, by pledging and conquering, you get to imagine yourself as a Lord or Lady of Westeros and experience the world of George R.R. Martin for yourself! 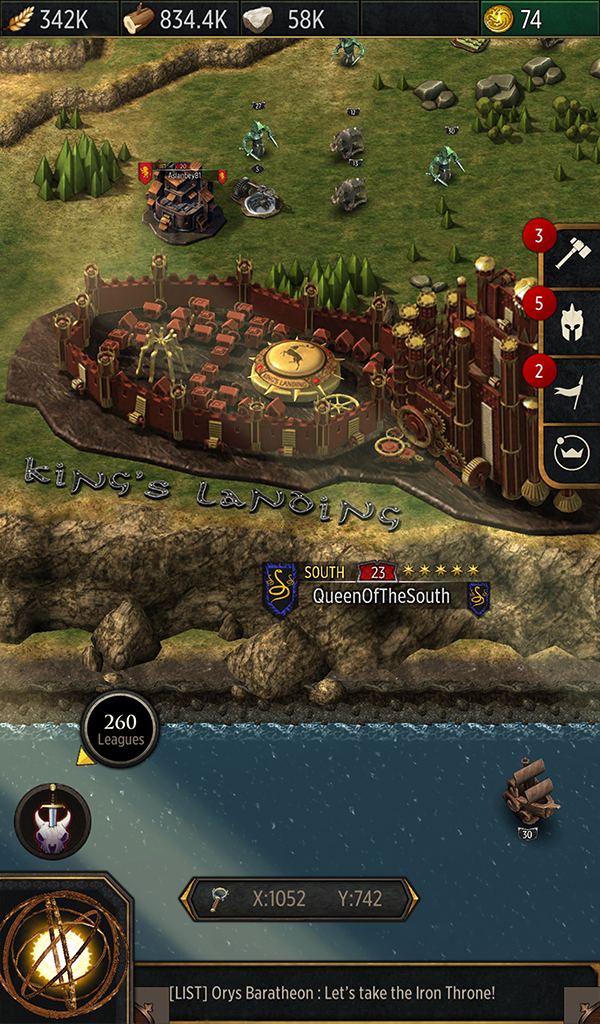 What makes this experience so exciting is that there is something for everyone. Do you enjoy socially-driven games and want to establish and betray alliances? Do you enjoy strategic soldier deployment and territory control? Do you just want to play a game involving the actual GoT characters, complete with authentic music from the show? Then check out Game of Thrones: Conquest, available on iTunes and GooglePlay!