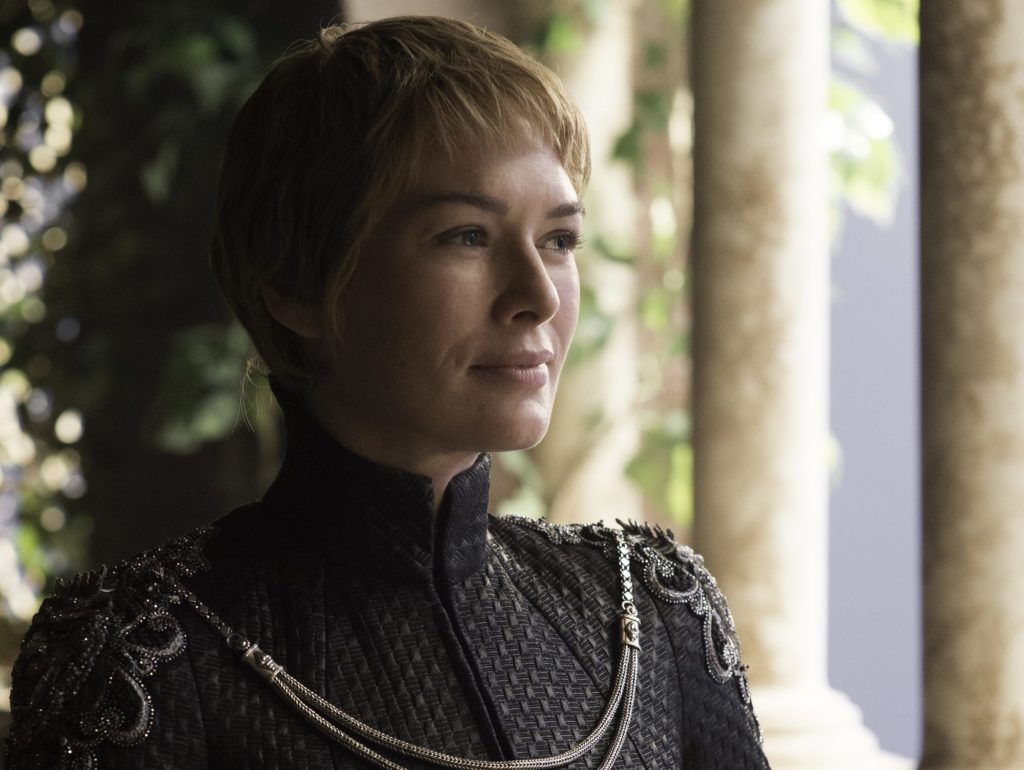 The seats of power within the world of Game Of Thrones are thoroughly dominated by men. Six out of the seven kingdoms on the continent of Westeros operate under a strict male primogeniture system. In such a system, the eldest male child is the one who inherits the family’s seat of power. One can imagine that such a system portends far too much risk, and indeed, glances at just the medieval European era alone proves how such a system inherently eschews a consistency of sense and stability. Dorne is the only aberration from this patriarchal primogeniture, its uniqueness borne out of it being founded by the warrior queen Nymeria.

Systems of power do not exist in vacuums and they often rely upon a quid pro quo mechanism in order to continue to operate. Patriarchal primogeniture in that regard is no different. It is first and foremost a result of strictly defined, binary gender norms that exist to reinforce a rigid social hierarchy between men and women. Yet as much as existing social norms are responsible for the creation and the sustainment of patriarchal primogeniture, the beneficiaries of the system also reinforce them to ensure the longevity of their power.

Patriarchal primogeniture is nevertheless a singular example of the way that systems of power in Westeros are dominated by men. Game Of Thrones is ubiquitous with examples of male-dominated institutions and hierarchies. The Faith of the Seven is dominated by male priests and during the rise of the High Sparrow (Jonathan Pryce) that male domination turns into something particularly ugly. The Red God is represented most ubiquitously by women but the construction of that religion is founded upon the all-knowing savior-hood of a male figure. The Maesters of the Oldtown, the keepers of all Westerosi knowledge, simply refuse to even allow women to enter the hallowed halls of their library. 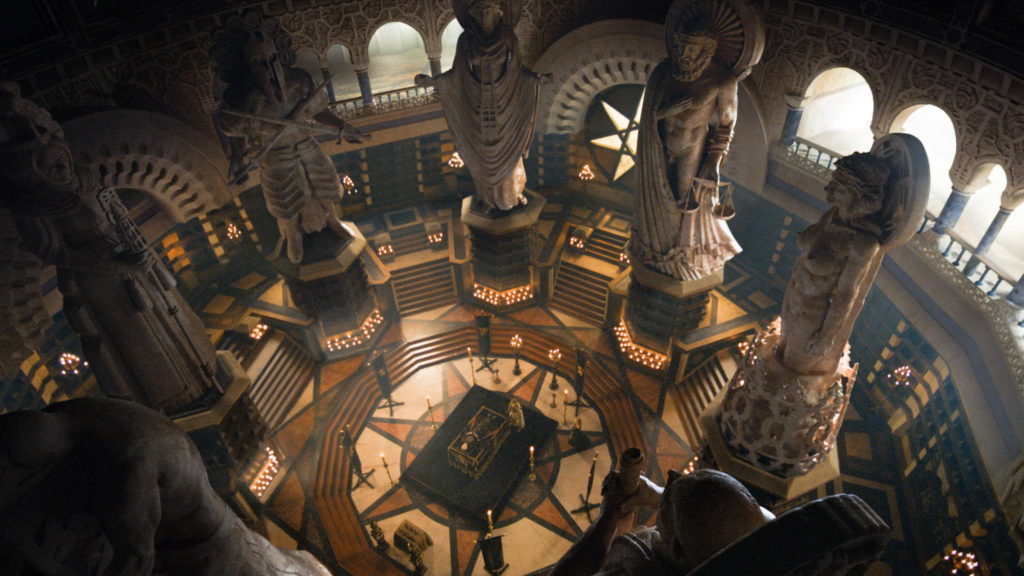 A dominant theme of Game Of Thrones is the examination of the various ways in women traverse these patriarchal halls of power and what those pathways look like. Just as importantly, the theme delves into what those pathways tell the audience about the society that seems to exist so far away but is unfortunately not as different as we would like it to be. The fiery conflagration that destroys the Sept of Baelor in “The Winds Of Winter” is a key case study in looking at patriarchal systems and how they shaped and drove the decisions Margaery Tyrell (Natalie Dormer) and Cersei Lannister (Lena Headey) made when the latter decided to bring the Sparrows to power.

Westerosi organized religions are a patriarchal construction and as the predominant faith for approximately half of the continent, the Faith of the Seven is intimately tied to that construction. Faithful devotees pray to the Mother on matters of pregnancy and childbirth. They pray to the Crone for wisdom and guidance. They pray to the Maiden to keep their young daughters safe. But the priests and decision-makers of the Seven are all men and that orthodoxy, while never lost in the religion’s history, is reinforced in a markedly different way when the Sparrows are brought to power.

Cersei’s entire life has been shaped by patriarchal institutions and critically by individuals (mostly men) who enforce those institutions’s aims and processes. Her father Tywin Lannister (Charles Dance) inspired the sort of fear and respect she so desperately desired for herself but could not garner on account of her gender. Her brother Jaime (Nikolaj Coster-Waldau) received all of that attention and respect she wanted on account of him being the presumed heir to Casterly Rock. Her disastrous relationship with Robert (Mark Addy) irrefutably shaped her perceptions of what it means to be a man in a position of authority and it only helped cement her resentment at being born a woman. 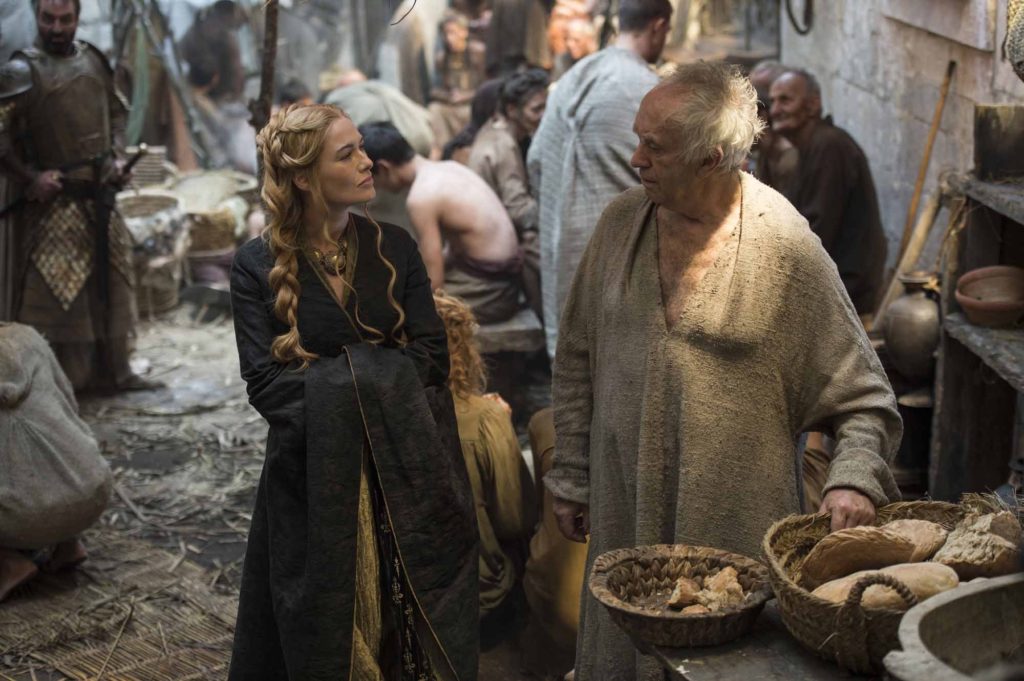 With the assassination of Tywin, the opportunity opened up for Cersei to finally grab the reins of power and prove to her father that she was in fact his worthy heir. And as far as she was concerned, the real opponents lying in her way was House Tyrell, whose rose façade crumbled in front of her to just show an abundance of thorns. If she could diminish the influence of her rivals, the pathway towards consolidating her hold over the power that emanated from King’s Landing. In her desire to diminish the influence of House Tyrell in King’s Landing, she strikes a fateful bargain with a seemingly humble man of the gods.

Cersei’s calculus, or lack thereof, was quite simple in theory. She would operate the tools of power as her father would have and in this case the tool of power would be able to provide Cersei the resources of the Faith of the Seven. When she meets this so-called High Sparrow, she sees an impoverished peasant feeding the poor and mumbling on about the inequities of Westeros. She sees an easily manipulable tool and as far as she was concerned, the High Sparrow would be eternally grateful that she rose his position and if he was truly committed to serving the poor, then she could just throw gold his way. As schemes in Game Of Thrones often go, this one falls apart and backfires spectacularly.

The initial mistake was her arming of the Faith Militant. Analogous to the existence of the papal armies that was formally disbanded in 1870, the Faith Militant served as the military branch of the Faith of the Seven. Relationships of power between governmental and religious institutions have a tumultuous history and this is no different. During the reign of King Maegor I (also known as Maegor the Cruel) of the Targaryen Dynasty, the Faith Militant was disbanded and removed as a threat to the monarchical power. The writing of Cersei’s decision to do this is sharper in the books as there is a financial component attached but even in the show, the reasons for doing so are obvious. The Faith Militant would be a more forceful, violent arm of her power schemes and if the Tyrell army in any capacity moved against them as Cersei would expect, then it wouldn’t be precious Lannister soldiers falling to the soldiers of the rose. 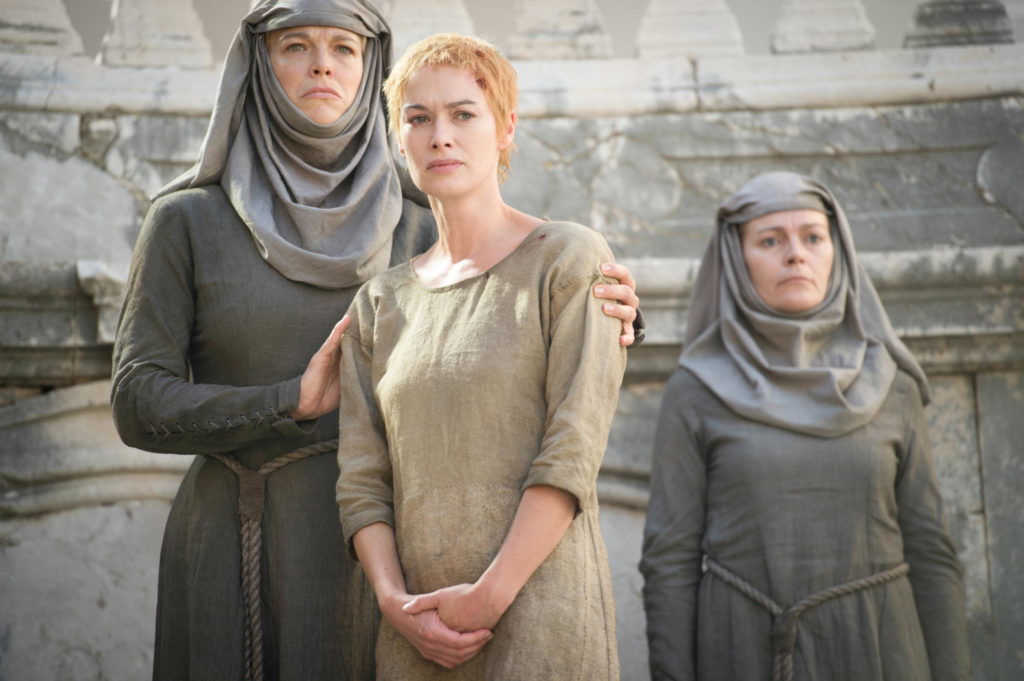 At first, Cersei’s plan seems to be going swimmingly well. Loras (Finn Jones) is imprisoned for homosexuality and Margaery (Natalie Dormer) is imprisoned for lying to protect him. When Cersei visits Margaery in prison, she is gleefully ensconced within that aura of jubilation and seeing her rival queen dirty and seemingly defeated does nothing to temper that aura. A few minutes later, however, her eyes widen in shock as she realizes that the man to whom she had handed weapons and authority to use for her is turning them on her instead. Cersei arguably tried the same strategy that she did with Joffrey, of handing men power because the patriarchal systems of power demanded that she do so.

The patriarchal paradigm of the High Sparrow’s political positions demanded that Cersei’s power be publicly denounced. Critically, however, that denunciation needed to happen in a way where the onus of the behavior fell squarely upon her shoulders. The Walk of Shame was designed to be a public spectacle primarily to remove the fear that Cersei has inspired as Queen Regent, for seeing her in such a vulnerable state removes the veneer of impenetrability she had had. The sexual and gender aspects are kept critically in mind to add further connotations to stripping away Cersei’s power and adding onto her vulnerabilities.

The trial of Cersei Lannister is arguably an allegorical trial about the patriarchal power systems the High Sparrow embodies. It is a farce of justice where the outcome is determined, regardless of the truth about the accused (in this case, Cersei was quite guilty of committing the accused deeds). Cersei is well aware of what lies ahead of her at that trial, even if the specific punishments are unknown to her. She knows that at that juncture, there simply is no turning back and she frankly no longer cares about her place within the patriarchal paradigms of Westeros. She decides to stop trying to play the game of chess through men. Instead, she detonates the chessboard itself.