WotW Reviews Telltale's "Game of Thrones" | Watchers on the Wall | A Game of Thrones Community for Breaking News, Casting, and Commentary 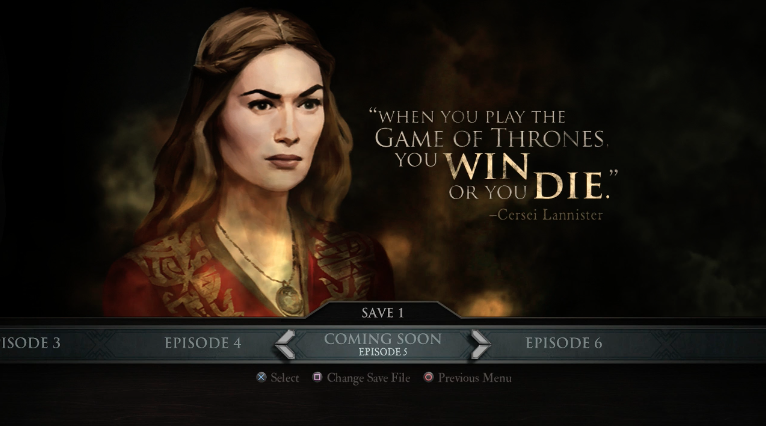 The Thrones-verse grew a little yesterday with the release of the first episode of Telltale Games’ first foray into Westeros. The game which tells the story of House Forrester, a minor house pledged to the Starks, allows players to take their own crack at Westerosi politics, as Dan Connors, CEO and co-founder of Telltale Games, explains:

“Game of Thrones: A Telltale Games Series will expand upon a world already epic in scope and detail, giving fans of the franchise an opportunity to forge their own path as they interact with characters they know from the TV show, and new ones from House Forrester and beyond.”

Like so many red-blooded Thrones addicts, our own Blaqfyre devoured the first episode yesterday. Her review of the game is after the jump!

Ever since Telltale announced the making of a Game of Thrones video game, I have been a bit skeptical- even despite their success with games like The Walking Dead and A Wolf Among Us.

Now don’t get me wrong, I am no true expert when it comes to video games, but the RPG Game of Thrones experience that came out in 2012 left a sour taste in my mouth. This is coming from someone who’s primary gaming experience revolves around games such as the Batman: Arkham Series, Far Cry and, heck, even the Lego games. So, when I finally took the plunge to play the first episode: Iron From Ice, it was my first Telltale game experience…ever. And I will tell you this: 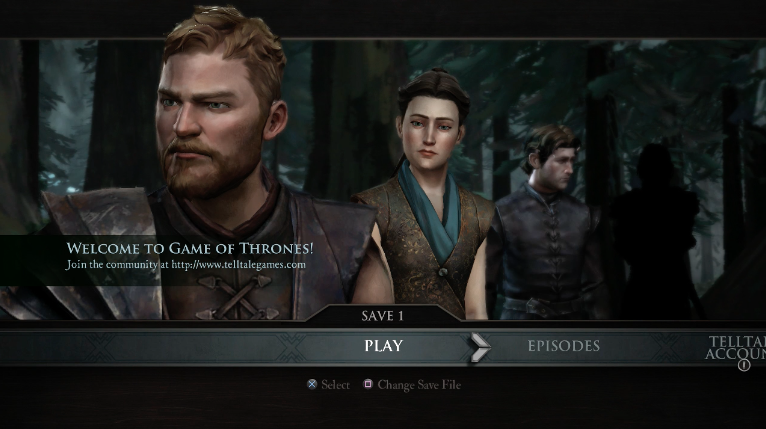 For the longest time, I thought that a perfect GoT game would be a basic hack and slash with some pretty graphics, and, well, something that wouldn’t have the show and HBO branded all over it. But I have never been more wrong (okay that’s a lie, but still).

If you’re unfamiliar with Telltale Games as I was, it’s a story-driven journey where the choices you make are remembered through the game, ultimately leading to different outcomes and endings. With all the stories within ASOIAF, it was absolutely satisfying to be making decisions in the world we are all so familiar with, and at the same time, learning of different houses and seeing different perspectives of characters that we don’t get in the show or the books. There was no need for any sort of violence or action, yet they still give you a bit in their own original way. 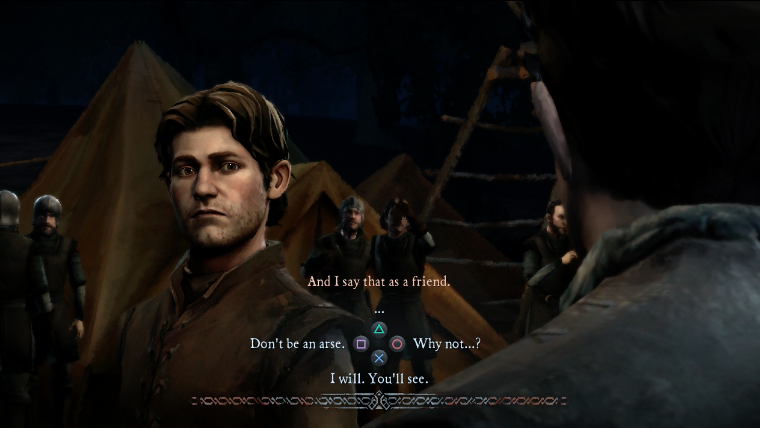 What was even more satisfying was that despite the familiar characters and places, you kind of forget that you are playing a Game of Thrones game until, suddenly, your character is in a meeting with Cersei, or, to my surprise, your character begins to hear ‘The Rains of Castamere’ playing within the walls of the Twins.

Telltale gives you a game focused on a family that you immediately begin to fall in love with. The characters you play aren’t the big names, and just as well, because it allows the player to explore a world that’s never really focused on in the show. 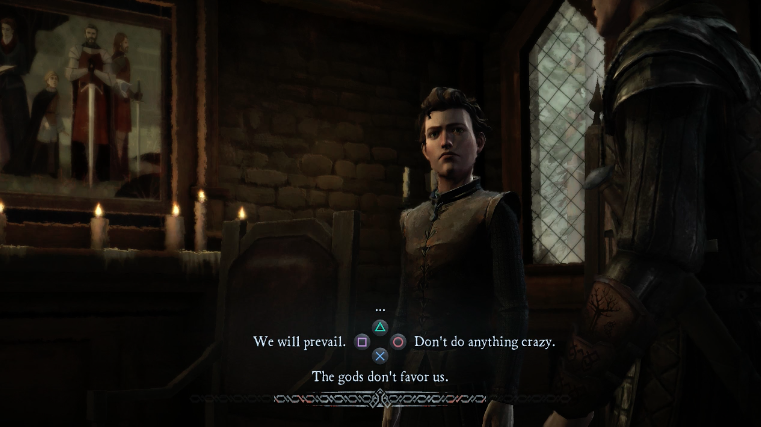 And did I mention the voice acting? Gods, it is wonderful. And, just in case you’re wondering (as I was), about main characters like Cersei, Tyrion, and Margaery- they are ALL voiced by the show’s actors. Which, if you’ve played television/movie based video games before, you will already know that is a rarity. 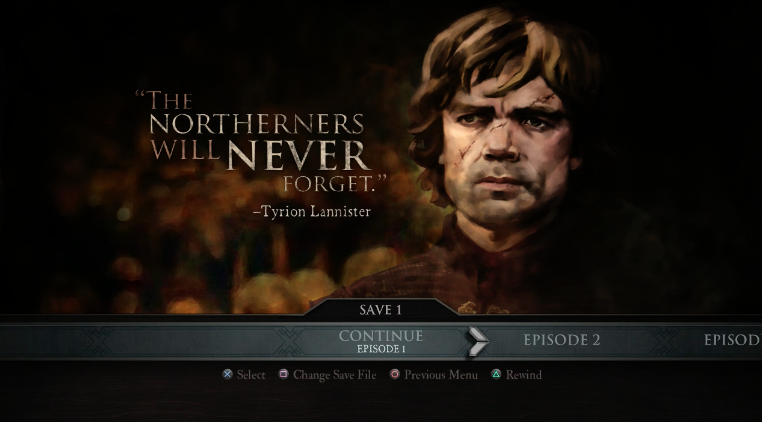 I am still shocked at how much I enjoyed playing the first episode. I didn’t know how stressful it was going to be making some of the decisions it asks of you, but it was exactly what a GoT game needed. Without spoiling the characters or situations for you guys, I’ll just make note that the twists and surprises that happen within the game are just as jaw-dropping as those found in the books (and on the show). Telltale’s style is unique, and I cannot wait until the next episode comes out. In the meantime, I’ll be playing it over again to see all of the endings.

Finally, I’ll be damned if I don’t say that playing this game has done well to fill the void of an off-season fan.

Shylah: EW reported earlier today that more characters from the show will be making their way into the Telltale game, including Jon Snow and Daenerys Targaryen- voiced by Kit Harington and Emilia Clarke respectively.

The season premiere episode is on PC and Mac from the Telltale Online Store, Steam, and other digital distribution services, on the PlayStationNetwork for PlayStation 4, and on the Xbox Games Store for Xbox One and Xbox 360. The series will also be coming to compatible iOS devices via the App Store on Thursday, December 4th and to Android-based devices later this month.