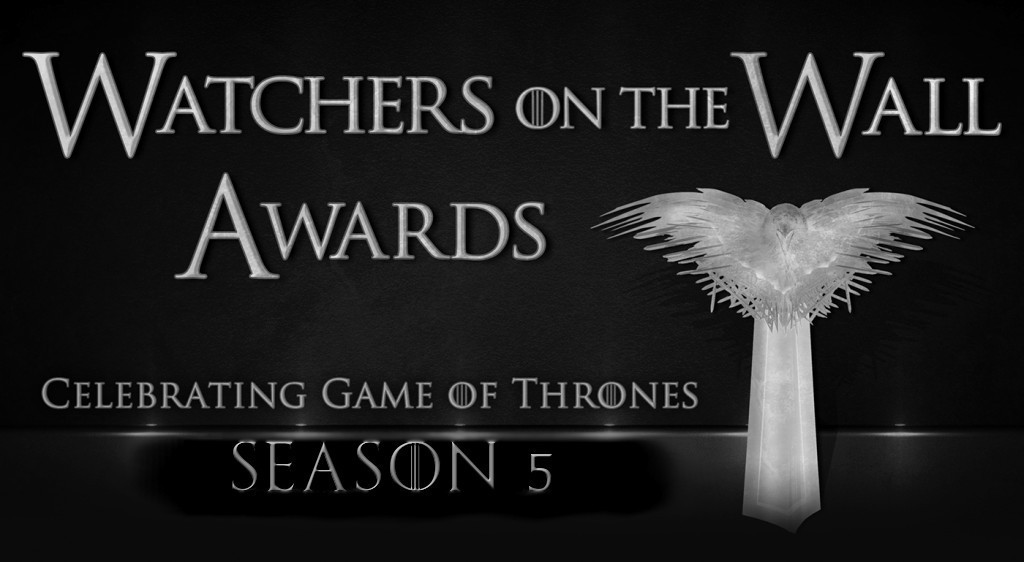 After weeks of nominating and voting, we’ve reached the last category in the preliminary round of the Watchers on the Wall Awards!

Much like yesterday, we’re celebrating the words of Game of Thrones in this category, only today the selections are much broader. Yesterday was all about the humor (and voting is still open, by the way!), whereas today we are searching for the Best All-Around Quote of Game of Thrones Season 5.

You have dozens of choices, with all the drama and comedy and action and tragedy of Game of Thrones contained within the dialogue here. The favorite five chosen by our readers will go on to the finals!

The Standard Rules: This is the preliminary round! Narrow this selection down to the top 5 contenders. In order to find your top 5 picks for Best Quote we’re asking that each of you select up to FIVE nominees from the poll. You can choose fewer if you like, but you cannot choose more than 5.

At the end of 72 hours (Monday 9/21/15 at 12:00PM EDT), whichever five quotes have the most votes will continue on to the final round. (Note: in the finals, you will only have one vote to cast in each category!)

The results will be revealed when it’s time to vote for the final winner of Best Quote, next week!

Thank you so much to all our readers for their dedicated voting and thoughts on all the nominees. And thanks again to Greatjon of Slumber for his exhaustive work, compiling contenders.

Be sure to come back next week when Final Round voting hits, with new polls every day!