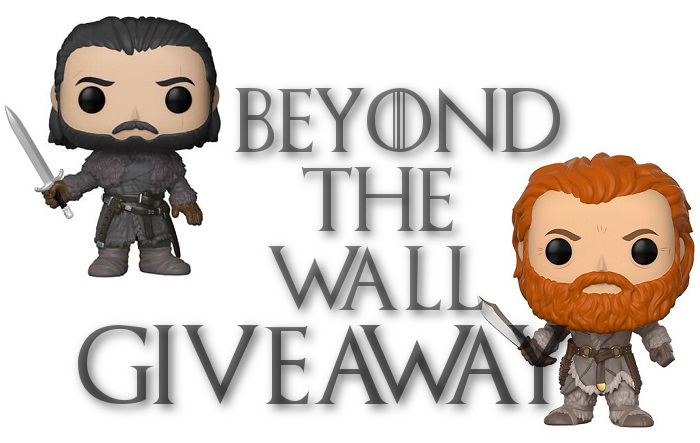 It’s time to announce the winner of our Beyond the Wall Giveaway, which we threw these past couple weeks, because well, we felt like it! (Hey it’s the off-season, what else is there to do.)

Up for grabs is a pair of Game of Thrones Funko Pop! Vinyl figures featuring Northern bros Jon Snow (Funko #61) and Tormund Giantsbane (Funko #53), both decked out in winter gear and ready to kick ass, you guessed it, beyond the wall, as seen in season seven. After gathering all your entries, we’ve chosen one lucky winner who will receive both of these cool toys.

The latest Watchers winner is….

Thanks to everyone who entered, and as always, be on the lookout for more giveaways in the near future!