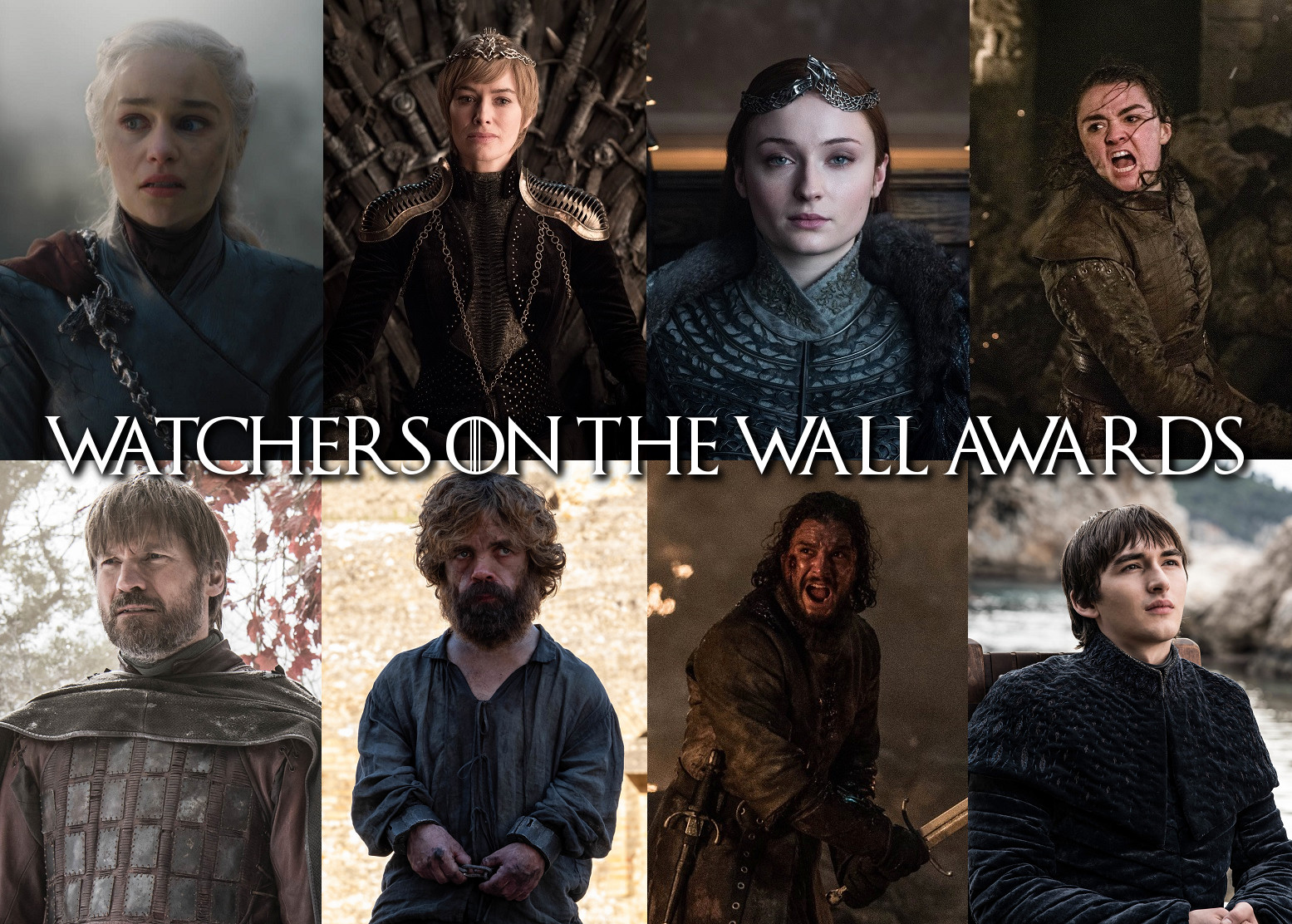 Welcome, everyone, to the final round of the 2019 Watchers on the Wall Awards! Every year we celebrate the best of Game of Thrones, as chosen by the fan community. Every year we gather your suggestions for nominees, and after a preliminary round of voting, narrow it down to just five candidates in each category. We’ve finally reached the last step, voting in in the finals, and it’s time to get down to it, choose the biggest winners of season 8!

We’re starting with a pair of important categories- Best Leading Actress and Actor of the year. These are the stars who led the show and their storylines in the last season of Game of Thrones.

Final round rules: To choose winners, cast your vote in each category in the polls below. In the finals, unlike the preliminaries, fans have one vote to cast in each category. At the end of one week (Friday 11/08/19 at 12PM ET), the performer in each category with the most votes will be the winner! The results of the polls will be revealed during the live Watchers on the Wall Awards ceremony, specific date to be announced in the near future!