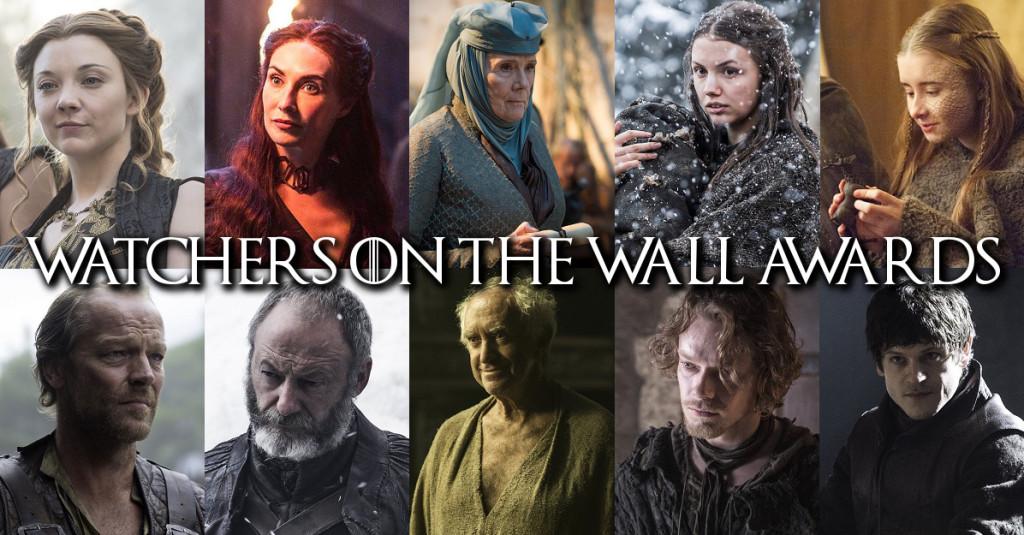 Welcome to Day 2 of the Watchers on the Wall Awards Final Round! Yesterday we started off with leading actors, and today we’ll be celebrating the best supporting actors and actresses of Game of Thrones season 5.

The final round polls will be open for 48 hours each: these two beginning now and running until 9/24/15 at 12PM EDT. The results will be revealed at the Watchers On The Wall Awards ceremony in a few weeks time!