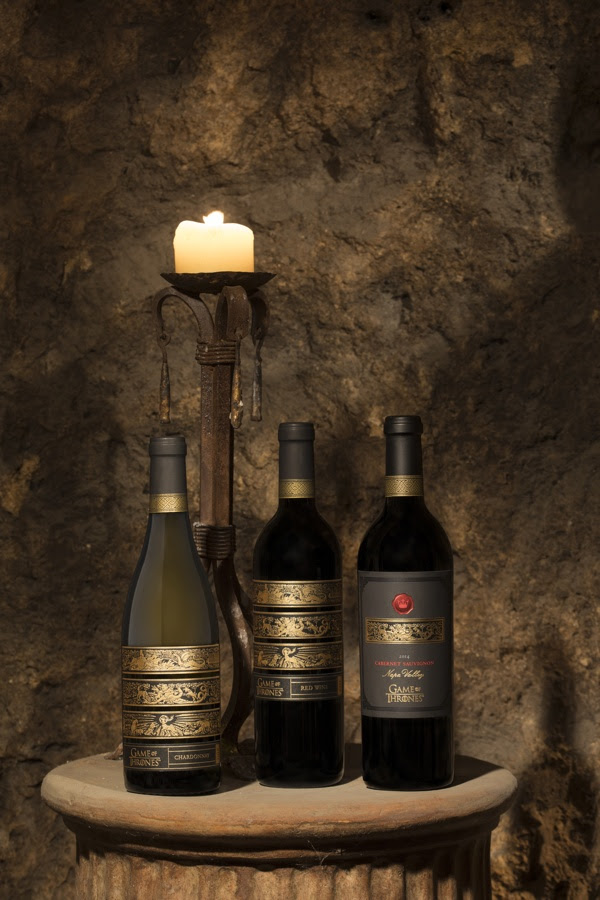 Beer drinkers have long enjoyed Game of Thrones-themed ales and lagers (courtesy of Ommegang Brewery). Now, the winos are getting their turn! Vintage Wine Estates and HBO have collaborated to produce the first Game of Thrones tie-in wines, a Chardonnay, a Red Blend and a Cabernet Sauvignon. Now we too can drink and know things.

Vintage Wine Estates winemaker, Bob Cabral (who was named Wine Enthusiast’s Winemaker of the Year in 2011), says he was striving for layers of complexity and flavor while crafting these Game of Thrones wines.

“I’m a huge Game of Thrones fan,” he said. “And these wines capture the complexity of the drama. But the wines also have great pedigree. We source grapes from premier vineyard sites and use the finest winemaking techniques to create wines of incredible richness and texture.”

Each wine came from specially selected vineyard lots and was aged in oak barrels. Though the wines don’t bear punny Game of Thrones names, each is associated with one of the major houses of Westeros. In keeping with its golden color, for example, the 2016 Chardonnay, Central Coast, bears the lion sigil of House Lannister.

2014 Red Blend, Paso Robles is represented by the Targaryen three-headed dragon. The wine is a blend of Syrah, Tempranillo and Petite Sirah, which lend fragrant aromas of black cherry, vanilla and cocoa and give the wine a lush, rich palate.

Lastly, the direwolf now stands for 2014 Cabernet Sauvignon, Napa Valley as well as House Stark. This wine strives to capture the complex “essence” of the direwolf/Stark archetype through its classic structure and multiple layers of flavor.

All three will be available to purchase from GameofThronesWines.com on March 18 and will hit stores in April.