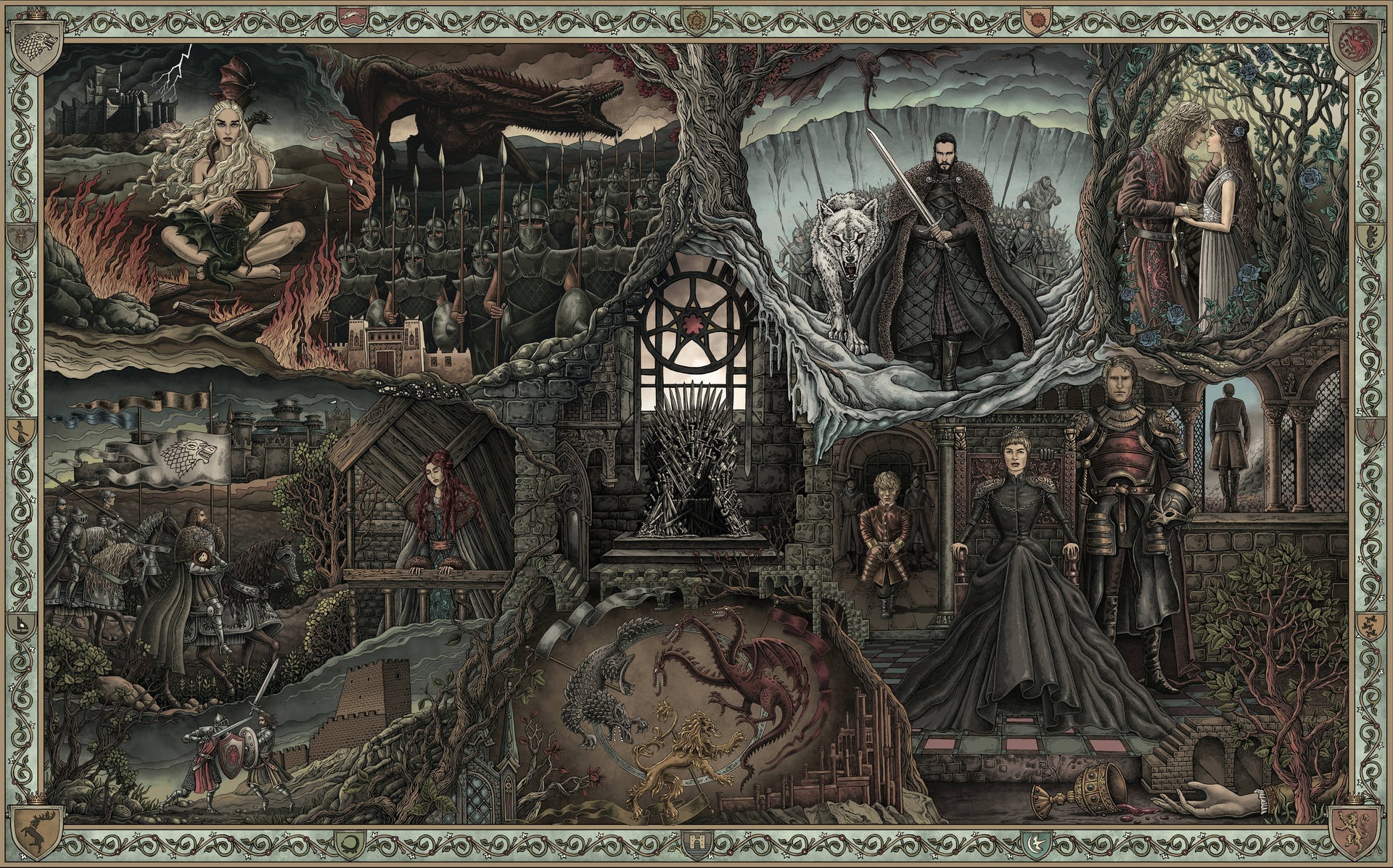 An interesting new Game of Thrones promo has surfaced over the last few days, never before seen by fans. While the entirely animated video holds no season 8 material (all quotes are from earlier seasons) and we’ve not been able to confirm its official status, the beautifully crafted promo was made by Mirari, a company who has worked with HBO Asia on previous teasers. The video features the animated creation of a tapestry, using artwork by artist Bubug. It’s noted on Bubug’s Deviantart page that the illustration was made by them “for Mirari + Co for the Tapestry – Game of Thrones 2019 promotion.”

It may not feature new material but it’s really lovely work, nonetheless! Bubug has some of the most beautiful A Song of Ice and Fire artwork around. Enjoy!