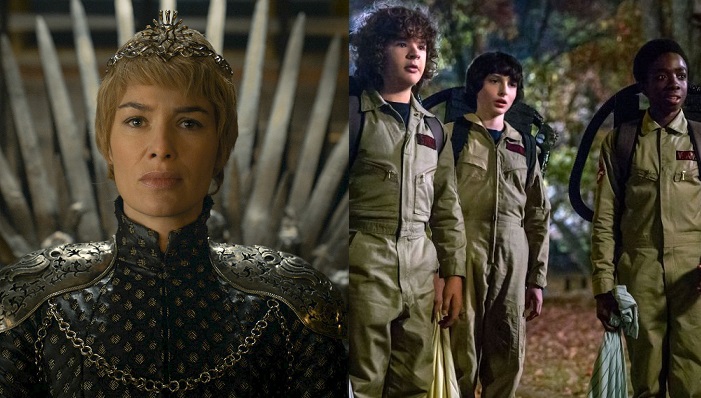 On the surface it might not seem like HBO’s Game of Thrones has a lot in common with Netflix’s Stranger Things, except that they’re two of the most popular shows around at the moment.  But Entertainment Weekly  reports on one similarity you probably didn’t even consider: security.

Season One of Stranger Things was shot without any concern for paparazzi or leaks, but thanks to the show’s popularity, the producers realised they would have to change tack when it came to shooting Season 2.  They decided to ask advice from the veterans on Game of Thrones.   Executive producer Shawn Levy comments that:

Show co-creator Ross Duffer added that he’s now burning his daily shooting notes instead of just throwing them away.  Even the cast have been sworn to secrecy. Millie Bobby Brown, who plays Eleven, says:

Now we even have a code name [for the show].  And now I have a code name! It’s this weird thing. On the call sheets our names are across it and if we lose it, we’re dead.

It’s great to see two different but well-loved shows consulting over something like this.  Let’s hope the Stranger Things cast and crew become just as adept at avoiding leaks and spoilers as the Game of Thrones gang!