Thrones Season 8 Round-Up: Emilia Clarke promises a "whopper", Sophie and her hair, and Cunningham on the end | Watchers on the Wall | A Game of Thrones Community for Breaking News, Casting, and Commentary 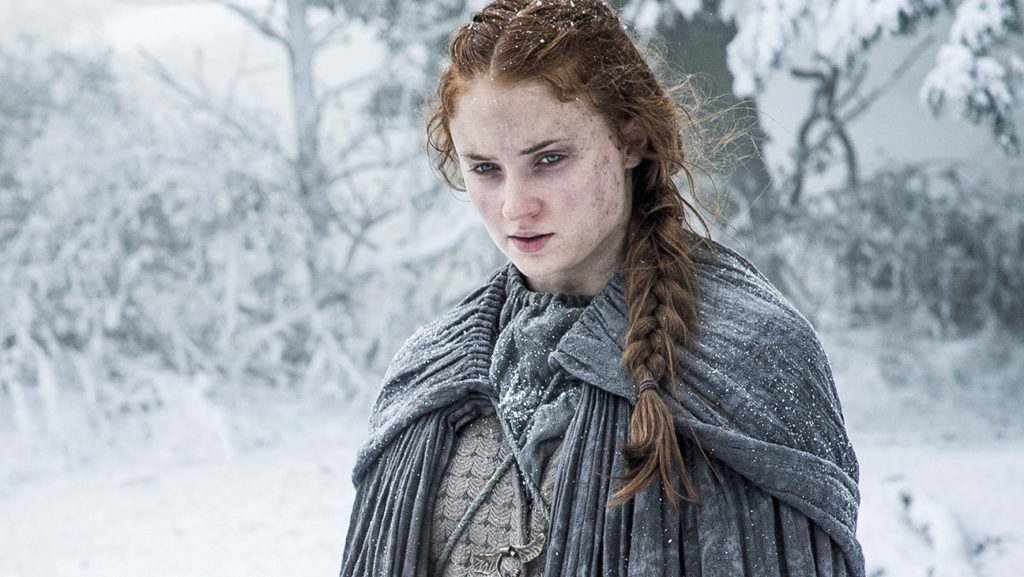 The more we learn about life on a Game of Thrones set, the more we can appreciate everything that went into creating that on-screen grittiness.

Sophie Turner, Emilia Clarke and Liam Cunningham recently talked about their experiences on Game of Thrones, with Clarke discussing the complex emotions she feels to be leaving the show behind, Cunningham hyping the new season, and Turner dishing on the not-so-stellar hygiene she had to adopt. A maid with purple serpents in her hair, indeed!

In a interview with ET Online, Turner admitted that around season 5 she was asked to stop washing hair to add to Sansa’s haggard appearance.

“For the first few seasons I was allowed to wash my hair because I was an aristocratic young girl,” she said. “Towards season five, they started asking me to not wash my hair and it was really disgusting … for a couple of years I was living with pretty greasy hair.”

Turner did clarify that some of her male costars were also asked to refrain from washing their hair, which must have been particularly difficult for Kit Harington, whom Turner says was the cast member who put the most love and effort into his locks.

“Before red carpets you would always see him scrunching the ends of his curls to make sure they’re perfect,” she remembered. “We all take the piss out on him for that,”

But back to Sophie.

Careful viewers have long been aware that Sansa styles her hair as a means of self-expression. Thus, there’s a lot to glean from her braids in season 8 (as we on the Night’s Cast have discussed)

“Sansa’s hair changed season by season depending on who was influencing her,” Turner said. “The first few episodes she was a Northerner in Winterfell and took after her mother with a simple braid down the back. Then when she went to King’s Landing it was a big, decadent halo that was very much like what the Queen wore. With Littlefinger, she dyes her hair black and wears all black. Then she goes back to Winterfell and returns to her mother’s hair.

“She created her own identity in season seven and that kind of runs through to season eight. She’s chosen how she wants her hair to be, and she’s finally the leader and influencer instead of being influenced by everyone else.”

Turner started wearing a wig in season 7, which freed her to regularly wash her hair again but also lengthened her prep time considerably.

“It’s mainly the people with the wigs that take the longest,” she said. Understandably this meant that Emilia Clarke took the longest of all the cast members “because she needed a bald cap, a wig, and then had an intricate design on the wig … [but then she] dyed her hair blonde!” 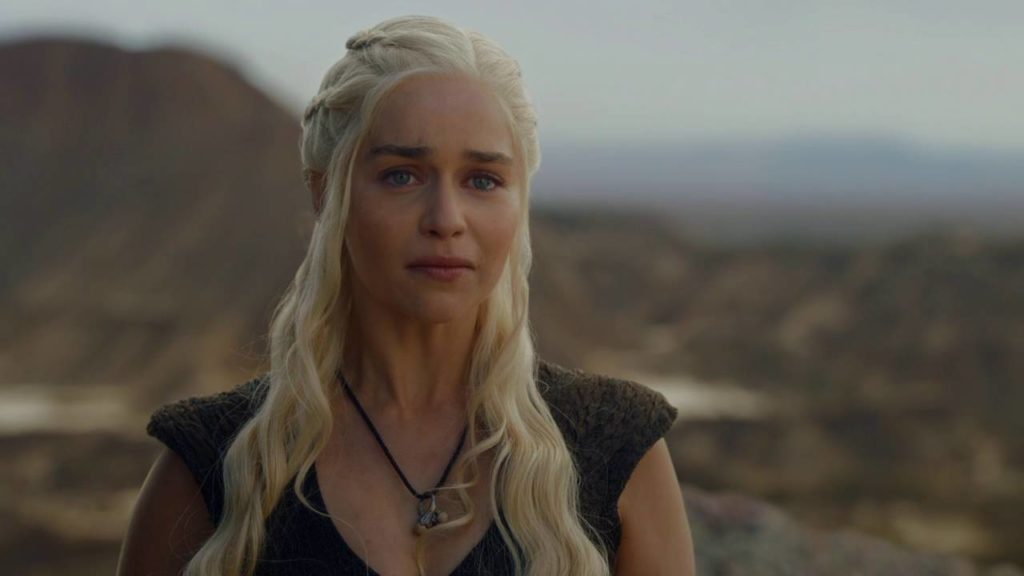 While promoting her upcoming dramatic romantic comedy, Last Christmas, with Daily Mail Emilia Clarke talked about the sense of loss she feels at leaving Daenerys Targaryen behind.

“I cried like a baby on the last day. I felt completely lost,” Clarke said. “It was very strange and wonderful to get [Last Christmas]. This part couldn’t be more opposite, because dragons ain’t funny.

‘Ten years is a long time,” she continued. “It’s like losing an actual limb. I was 22 — a child — when I first walked on the Game Of Thrones set. I grew up with her.”

Clarke promised that the epic conclusion of season 8 will be “a real whopper, especially for Daenerys.” Whether that bodes well or poorly for the second-to-last Targaryen remains to be seen. 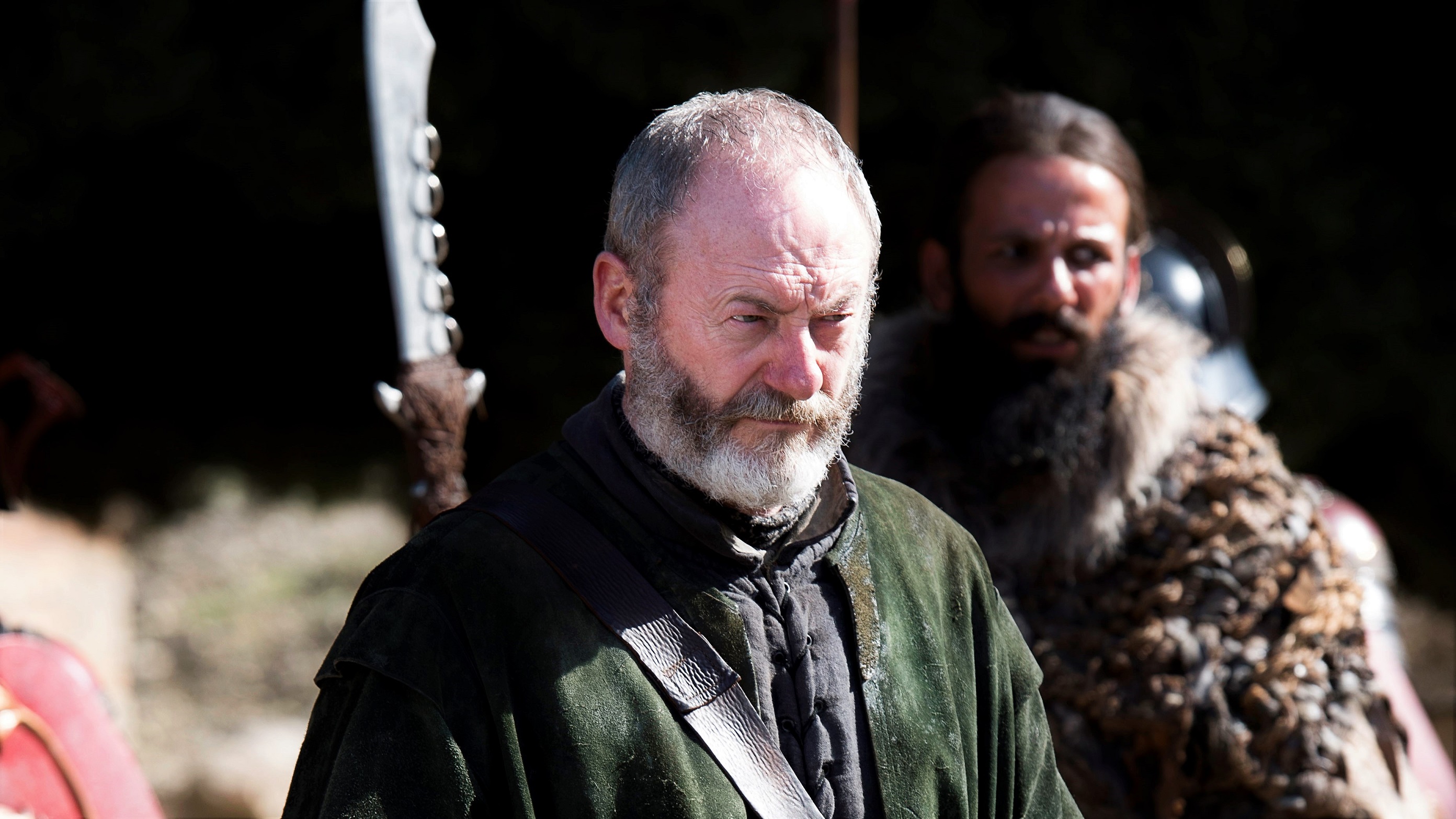 Liam Cunningham also had a few words about the new season, talking to The Independent. He says his best memory working of the show has yet to come, in the final season which begins April 14th. “Richard Plepler, the head of HBO, said he watched the six episodes twice and that, basically, you are looking at six movies, six Game Of Thrones movies.”

The actor shares his thoughts on his character. “He is decent man. He is a man from lowly beginnings who has ended up in a nest of vipers. He has been described as the moral compass of Game Of Thrones, which I suppose he is, and you do need that, with all the moral ambiguity.”