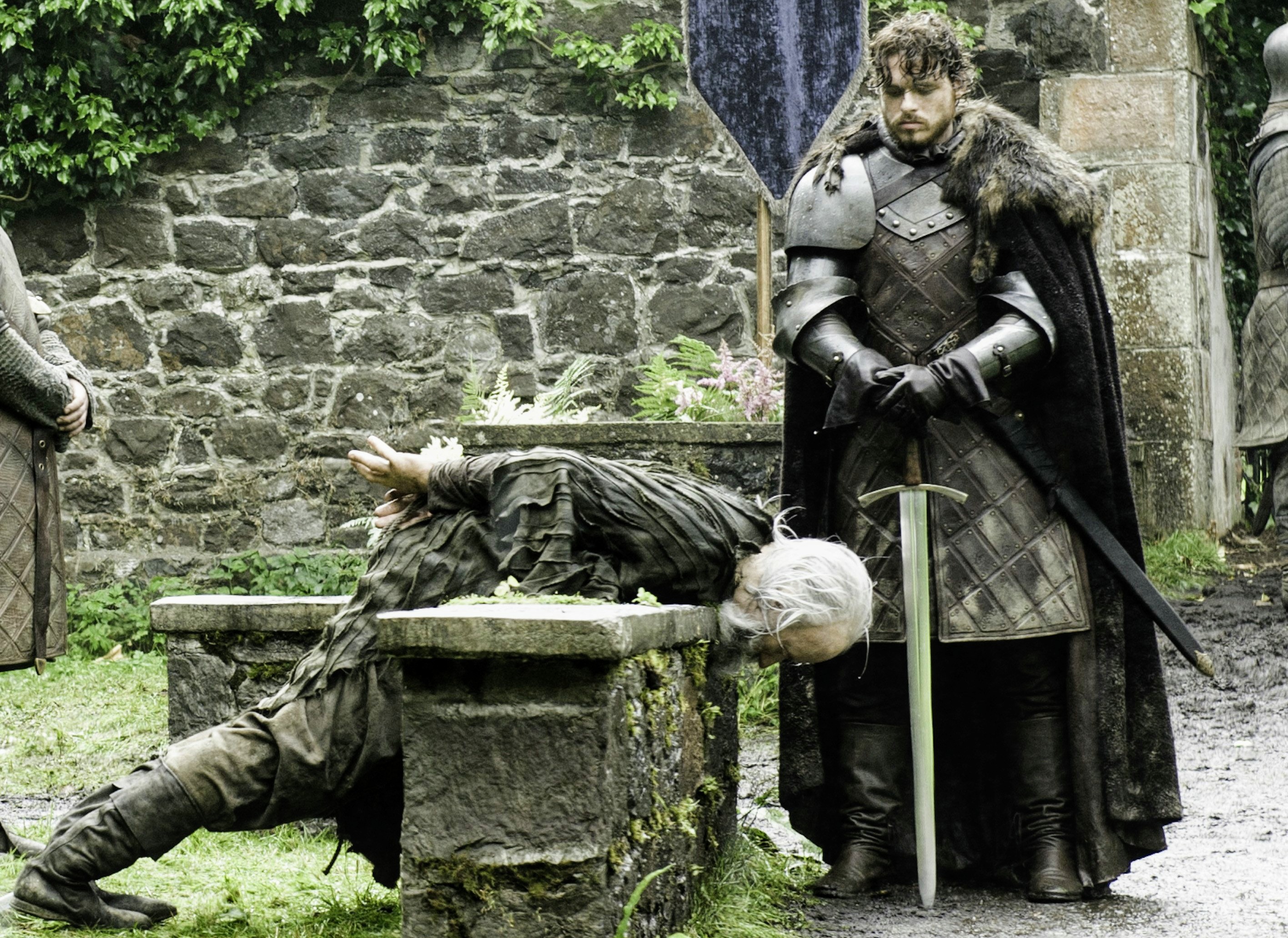 Boldly going where no one has gone before, Richard Madden (Robb Stark) made his very educated guess as to where Game of Thrones will conclude its storyline. In speaking with The Hollywood Reporter about his new miniseries, global megahit, Bodyguard, as has often become the trend with actors to graduate from the school of GOT, every time they get out, they get pulled Right. Back. In.

It doesn’t take much for the former GOT cast (and there are many of them) to gab about their fondness for, and predictions of the show and its storylines. “I was a kid when I started Game of Thrones and I learned a lot through it and grew up doing it and left at the right point when I was outgrowing that age of that character, just in terms of the way I was growing. I was growing in age but the character wasn’t much,” he says.

I love that Madden considers Robb Stark a kid. In the books, the character is definitely a kid at 14 years old, but in the show, as with most of the children on the show, he’d been aged up significantly. Although, Robb’s stubborn refusal to listen to his mother’s counsel that, well, kinda got them all killed definitely suggests some childlike tendencies to me, so he may be on to something…

As he’s previously mentioned, Madden has stayed an avid viewer of his erstwhile program: “I can’t wait for the new season. I kind of don’t recognize that I was in it anymore because I’ve been watching so many years of it, and they talk about Robb Stark and I know who he is but I don’t see myself in that role. I’m just a viewer now, which is so good. That was one of the bad things about being in the show is you got the scripts so you knew what was going to happen next, and I’ve not had that for years, so now I can just truly enjoy it as a viewer, which is thrilling.”

Doesn’t see himself in the role anymore? Wow, has it really been that long? *checks calendar* – Over 5 ½ years since The Red Wedding AIRED, which means that he hasn’t filmed a day as Robb Stark in roughly 6 ½ years?! Righto. Carry on!

Lastly, the common question we all knew was coming was asked of Madden. When prompted to suggest his suspected Iron Throne claimant and ultimate victor, he’s rather coy: “I kind of think it’s just going to be three dragons flying around and everyone else is dead. It’s a possibility!”

Positive thinking over there, Mr. Madden. Alrighty now, I’m off to Netflix to watch Bodyguard. In the meanwhile, what do you make of Richard Madden’s comments/highly scientific prediction?