Several new Game of Thrones interviews have turned up this week, with insight from and peeks into the future of the show courtesy of Sophie Turner, John Bradley, and director Neil Marshall.

While promoting her new film Another Me, Sophie Turner took a moment to talk season 5 of the show.

“Game of Thrones is so unpredictable and it was a big surprise what is happening to her this season,” Turner tells Hitfix. “I am so excited because it gives me the opportunity to work with new people and it goes in a completely different direction. I think the fans will really like where her storyline is going this season.”

In an interview with ComingSoon.net, Sophie jokes about sucking up to George R.R. Martin to keep Sansa alive in future books, and teases her future, now that Sansa’s taking charge of her life. She confirms that she will, of course, be working with Aidan Gillen this year, since we last saw her with Littlefinger.

It’s so fun to finally play her as she truly is as an adult version of herself, it’s very exciting. It’s such a breath of fresh air, I love playing Sansa the way she was the past 14 years, but it’s refreshing to bring her out of her shell a bit.

Another cast member discussed a more specific subject in his latest interview. John Bradley spoke with The Daily Record, and talked about the idea of Samwell Tarly sex scenes:

We’ll cross that bridge when we come to it. 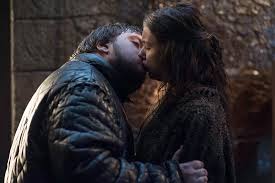 We trust writers David Benioff and Dan Weiss to deal with it sensitively and make sure it’s not gratuitous and will happen at a time most suitable for character.

If it should happen I’m willing to take it on board. I’ve never had to do it before. It will be a completely new experience and it’s a bit like the measles. I’m looking forward to getting it out the way.

He also goes on to talk about how Thrones has paved the way for new fantasy shows like Outlander:

I think the fact the success of Game Of Thrones is inspiring new shows and new projects in a similar vein is great news and shows how we’ve captured public imagination.

We should feel proud we can give other shows a platform and helped them to get a little leg up.

As far as Game of Thrones related tidbits, that’s about everything, though the rest of the interview is a pretty good read if you want to know more about Scotland!

Next up, director Neil Marshall talking some more about his Emmy-nominated episode, “The Watchers on the Wall,” with Vanity Fair:

VF Hollywood: Did you see a big difference in what you were allowed to get away with this time, after your first episode, “Blackwater,” was so successful? 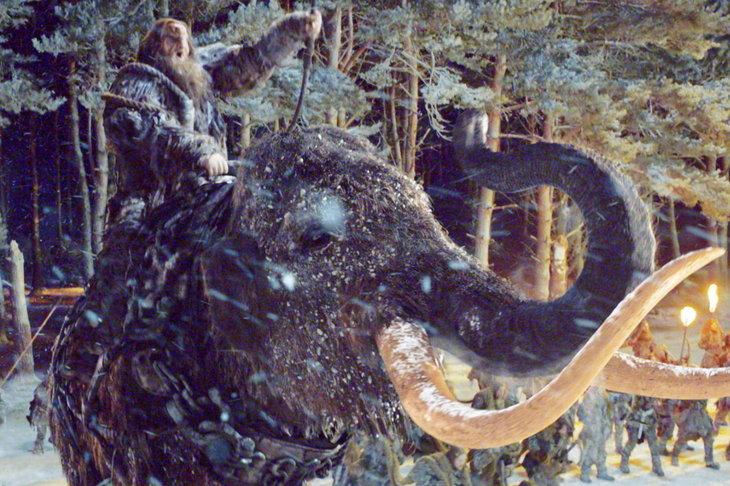 Neil Marshall: Certainly the budget will have gone up, but they don’t tell me what it is. They only tell me when I can’t do something. The only time that came into play was early on, in that the first draft of the script involved 12 mammoths and 12 giants. At some point that got downgraded to one mammoth and two giants.

Did you try to haggle for more mammoths?

No, there was no haggling for it. But we thought, O.K., if we have one mammoth, we better make it really impressive. It certainly saved us a huge amount of time and money not having as many giants. Just because the way we have to film them, it would have been ten times as much work. Other than that, there were no limitations, really.

He also hints at where he’s hoping the story goes in future seasons:

Would you want to do a big dragon battle?

Oh, I would definitely like to unleash the dragons on somebody.

Lots more good stuff in the interview including what it was like to kill three characters in one episode, and whether or not he’s been clued into the series’ conclusion. Check out the full Vanity Fair article at their website.