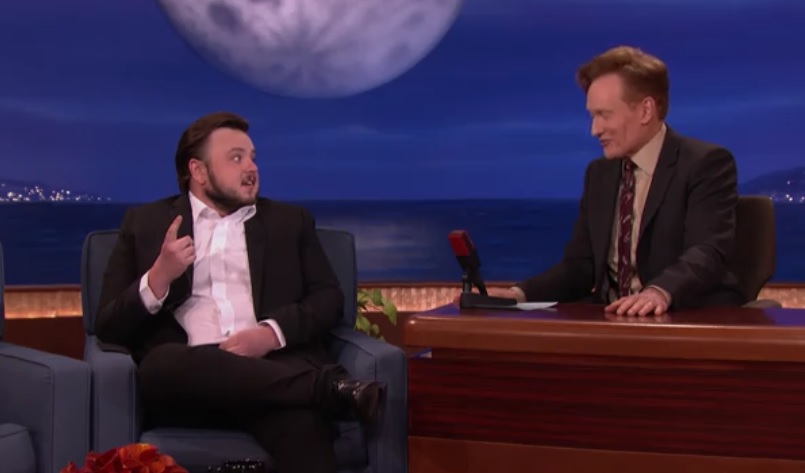 It was John Bradley’s turn on Conan last night, with the actor appearing on the TBS talk show to discuss the perks of fame, avoiding spoilers, Jon Snow as a dog, and most importantly, to share a new clip from Game of Thrones season 6!

It’s nice to see Gilly continuing to develop her personality! Poor Sam doesn’t seem to be having a good trip at all.